Pressure cookers come highly valued in the modern kitchen for their ability to drastically reducing the cooking time by as much as 70%. However, what you may not know is that aside from cooking, pressure cookers are also used commonly for sterilization processes. This means that where an autoclave is missing, a pressure cooker can be a great alternative to use.

What exactly is an autoclave and how does it work?

An autoclave refers to a machine that is specifically used for the purposes of destroying biohazardous waste from the surface of different instruments and tools. Autoclaves are used for sterilizing and disinfecting tools through physical means.

They rely on pressure, temperature, and steam to eliminate hazardous components from the surface of instruments. With the help of steam alongside high pressure, autoclaves maintain a temperature that is considered too high for any virus, fungi, parasite or bacteria to grow or survive in. Autoclaves are also often referred to as steam sterilization machines.

Can a pressure cooker be used as an autoclave?

How to use a pressure cooker as an autoclave

Before you attempt to use your pressure cooker as an autoclave, ensure that you read the user manual first to ensure your safety and those around you.

Pressure cookers are used for cooking and although they create the perfect environment for killing certain bacteria, they do not kill all types of bacteria. Pressure cookers are not designed to reach the same temperatures as autoclaves that are needed for complete sterilization to occur. As such, wherever medical or surgical tools are to be sterilized, an autoclave, which is more effective should be utilized instead.

In order for you to use your pressure cooker for sterilization, you must invest in the right accessories to allow you to do so. Some of the extra tools that are needed for sterilizing using a pressure cooker include cooling racks, trivets, steamer baskets, support trivets, and so on. 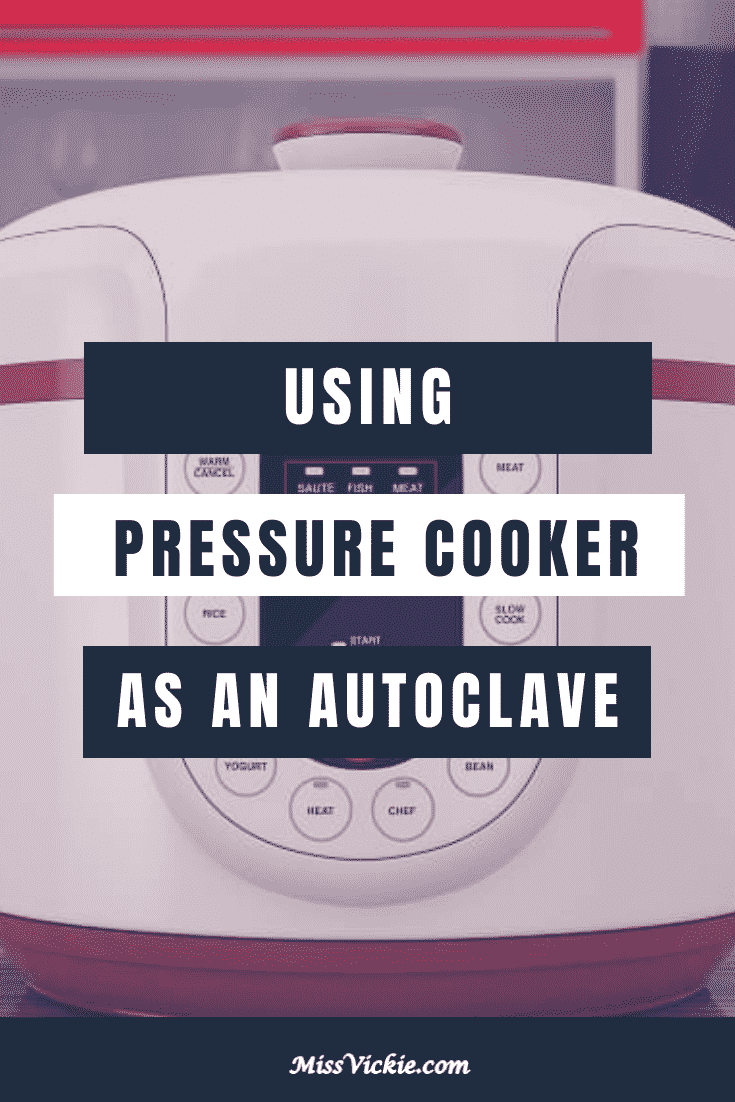