What is an apple crisp?

Both apple pie and apple crisp seem to be synonymous with fall. Apple crisp is known as apple crumble in some countries.

Essentially, it is a dessert consisting of cooked apples (either canned or prepared at home) flavored with sugar and cinnamon and topped with a crumbly mixture of oats, flour, sugar, and butter. It is often served with a scoop of vanilla ice cream or a dollop of whipped fresh cream.

While apple crisp is made of similar ingredients to an apple pie, the pie has a flaky crust on the top and bottom. A crisp has a looser, crumbly, crisp mixture on top. Many home cooks think a crisp is easier and quicker to make as there’s no pastry to be rolled.

Several variations exist. Some people mix flaked almonds or pecans into the crispy topping. Others mix berries or other fruits with the apples.

It contains sugar, butter, and refined white flour, none of which should be eaten on a regular basis. However, as an occasional treat – we say go ahead and enjoy! 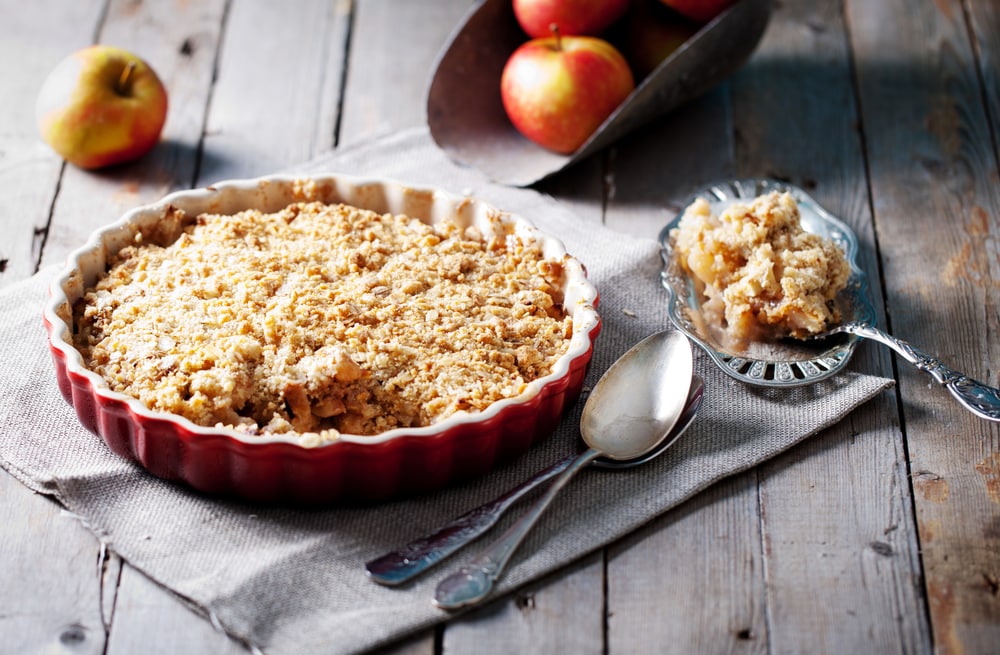 Should Apple Crisp Be Refrigerated?

While apple crisp doesn’t last long enough in our household to need refrigeration, some of you may be wondering how to store the leftovers.

When you first make the apple crisp, it will remain fresh and safe to eat without refrigeration for the first two days in a cool climate. However, if you want to keep it for more than two days, you should refrigerate it.

Refrigerating the apple crisp is a good choice because cooked oats and apples shouldn’t be kept at room temperature for more than two days since pathogens will multiply and it will become hazardous to eat.

If you live in a hot, humid, tropical climate, we’d take it a step further and suggest that you refrigerate the dessert the same day that you make or purchase it.

Once you have put the apple crisp into the refrigerator, it will be safe to eat for around three days.

If you want to keep it for longer, we recommend freezing it. Wrap it well and freeze it until you need it. Defrost and warm it up before serving.

If you are making a crisp at home, we suggest that you bake and cool it before freezing. However, it is also possible to assemble it and freeze it before baking. 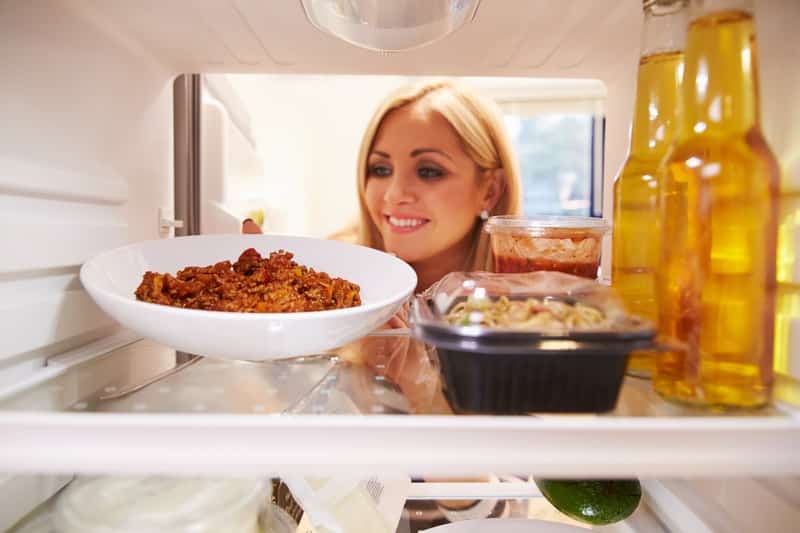 So, you think you are going to keep the apple crisp for more than two days. Well, in this case, it is suggested that you follow the below-mentioned steps for the refrigeration process:

Whether the crisp is baked or not, follow the steps below:

Follow our easy recipe to make your own simple but delicious apple crisp. And remember – you can refrigerate it! 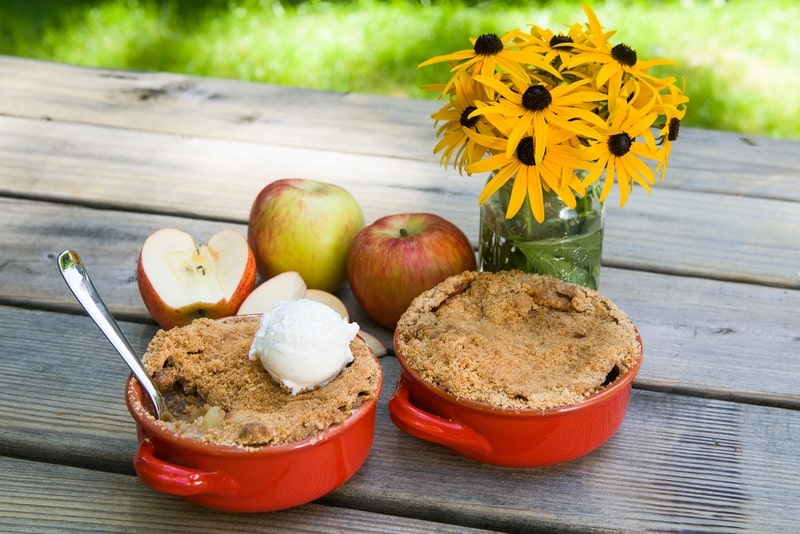 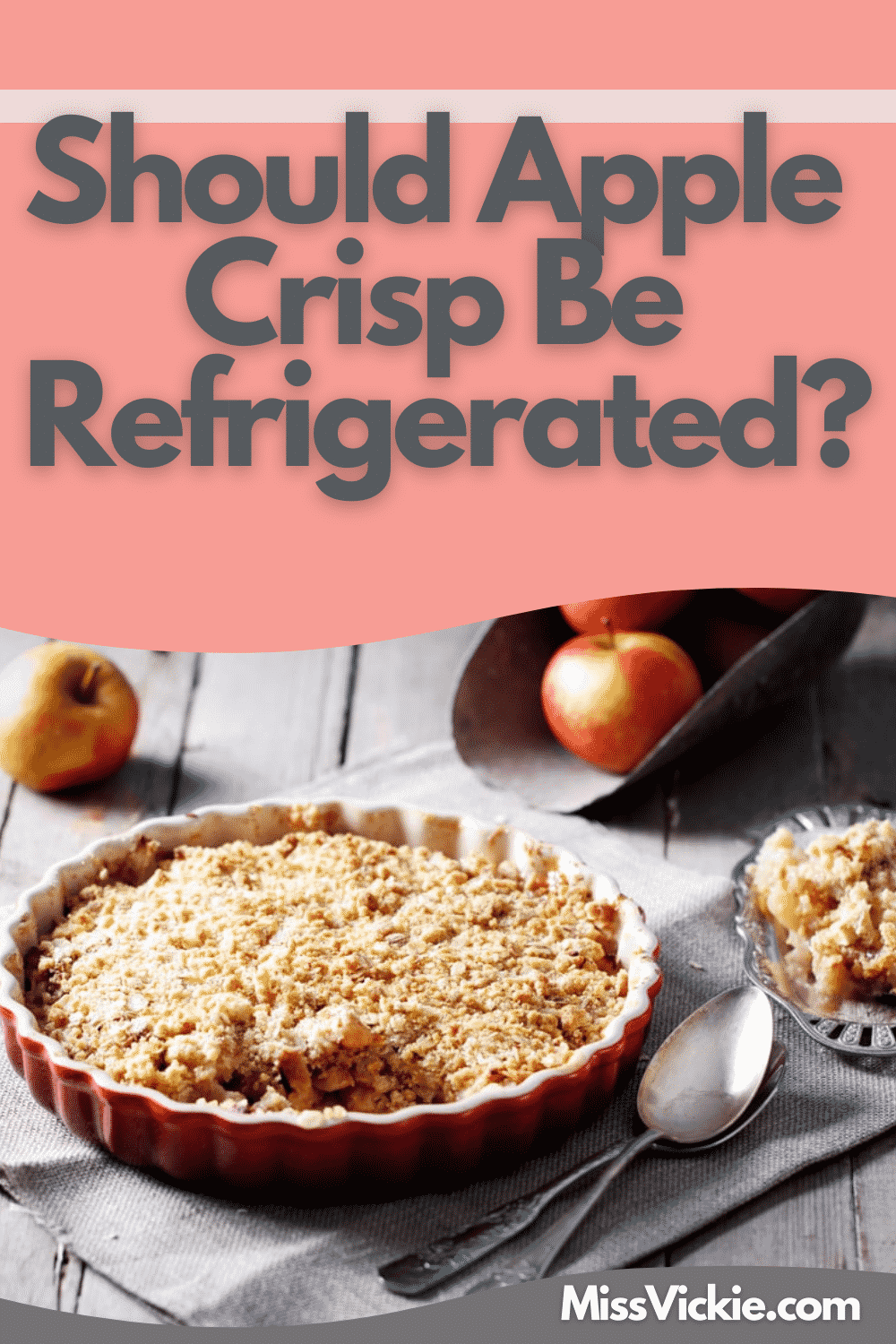