That amazingly classic and comforting dessert made out of spiced apple fillings and oats, yes, we are talking about the apple crisp. The apple crisp is the ultimate fall dessert and is devoured with the scoop of ice cream on top (usually with vanilla ice cream, but we don’t mind chocolate either). However, if you have made some extra and don’t know how to store the apple crisp, we have designed this article. In this article, we are sharing information about the right and safe way of storing the apple crisp!

How To Store Apple Crisp?

Whenever there are leftovers, we all tend to bash them in the refrigerator, but one needs to be careful with the apple crisp. First of all, the apple crisp can be stored at room temperature for around two days. However, if it’s going to be around for more than two days, you must refrigerate the apple crisp (refrigeration will keep the apple crisp intact for three more days).

So, to refrigerate the apple crisp, you need to let the apple crisp cool down and cover it up with the layer of plastic wrap. It is suggested that cover the entire dish and make some holes on the top. These holes will keep the apple crisp, crispy and you won’t feel like eating the gooey mass. This is the easiest way of storing the apple crisp for three to four days.

When you want to eat the apple crisp, all you’ve to do is reheat it in the oven and feel the goodness of spiced apples. Some people keep the apple crisp refrigerated for up to five days, but we don’t recommend that since oats and apples can be hazardous like this.

Even after putting holes in the plastic wrap (during refrigeration), the crust will become soggy. This is why we suggest reheating it in the oven so that crust is all crispy. For reheating the apple crisp after refrigeration, you can use the microwave for around 30 seconds. We suggest reheating the single servings for proper and throughout warming. On the other hand, if you need to reheat the frozen apple crisp, it is suggested to use the oven for better results. 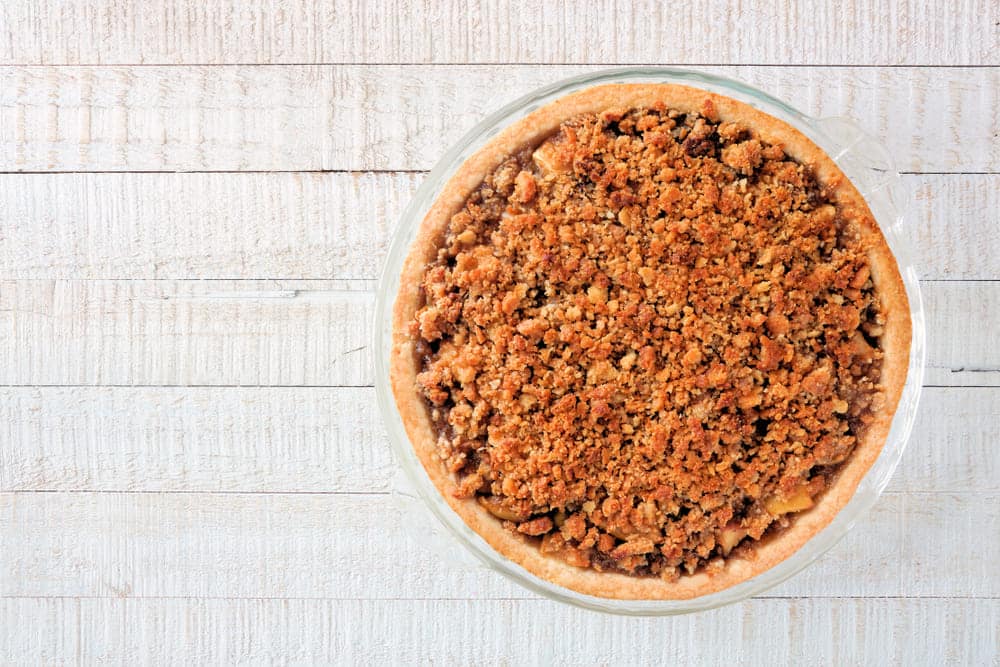