Many dry recipes like baked chicken, lasagne, and some deep-fried meat taste even more tender when some gravy or sauce is added. Roux is either the base of these sauces or it is made with some added seasoning which enhances the taste.

Roux officially pronounced as ˈru is a mix of flour and butter cooked together. It is used to thicken sauces and gravies. It is made by adding equal parts of both flour and fat. The butter is heated on the stovetop and the flour is added to the melted butter.

It is then blended until a smooth texture appears and it is cooked to the desired level of color. Roux can be made with a range of color varying from white, blond (darker), or even brown as well. The fat used in the making of roux is usually butter, however other fat sources like lard and meat drippings are also preferred.

It is most commonly used as a thickening agent for sauces, gravy, soups, and stew kinds of recipes. It is not a dish itself, however, it is the base until other ingredients are not added to the dish.

What Should Be The Roux Butter To Flour Ratio?

Equal ratio! You have to be fair when adding both the ingredients while making a roux for your dish, otherwise, it can end up either too dry or too liquidy. Many people use digital/kitchen scales to measure the exact mass of both the ingredients and be accurate with their recipes.

However, you can also use your regular measuring cup to measure liquid butter and flour. One thing that you should keep in mind is, there is a variety of butter in the market, and you have to use them with different ratios when making a roux. If you are not using clarified butter, which is pure butterfat, then you must add less flour to the mixture.

You can be accurate by doing quick maths, for example, if you add 57 grams of melted butter and you know that 15% water that comes with your non-clarified butter will cook-off leaving 48 grams, you must add flour according to this 48 grams.

What Does the Flour Do?

The flour works by absorbing the equal weight of butter into it making a creamy and smooth texture of the mixture. Flour also gives a mild and grain-like taste to your gravy. When it’s cooked, the raw flour flavor goes away and it tastes even more soothing.

What Does the Butter Do?

The fat that is most commonly added to a roux is butter because it works perfectly with flour providing the required taste. The clarified butter is a preference because it comes with water and milk proteins removed from it. It has a better capability of combining with the flour as well.

Hopefully, this blog helped you in finding out the exact ratio of butter and flour for making the perfect roux for your recipe. 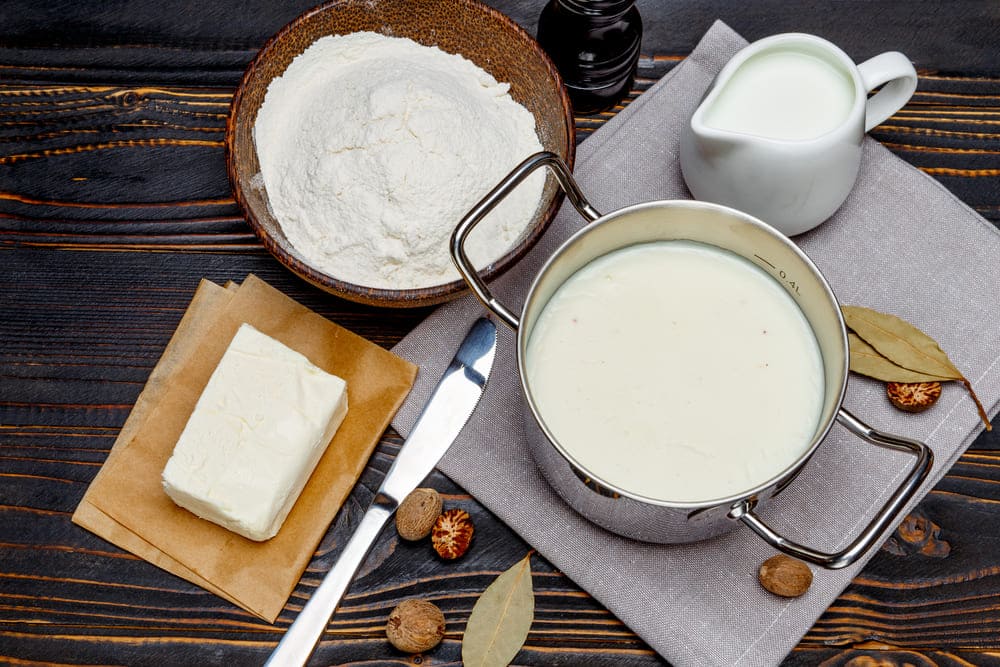