Cheese is everyone’s favorite addition to the recipe. It doesn’t matter if you like the aged and stinky cheese or mild and subtle cheese; there is something for everyone. It wouldn’t be wrong to say that cheese has the power of adding flavor to the recipe as it’s an apt topping. However, Mexican cheese has gained immense popularity for its unique palatability, and we are talking about queso panela vs queso fresco to share more about these two significant types of cheese!

Commonly known as panela cheese, this is the fresh and white Mexican cheese that is popular for its smooth texture. The cheese is made from the pasteurized milk of the cow and is also known as queso de la canasta and queso canasta. For the most part, it is served as an appetizer with quesadillas and nopal salads. If you have ever used paneer, an Indian cheese, you will witness extreme similarity in queso panela. It has the capacity to absorb the recipe flavors.

For this reason, the cheese can be covered with chili pepper and garlic pasta, making it a delicious side dish. Queso panela, in its fresh form, has a watery texture just like mozzarella cheese and has similar applications as well. Many people fry this cheese but will be able to hold the shape. However, this cheese does not melt easily and is served in a soft yet solid form. As far as the uses are concerned, it is a preparatory ingredient of guacamole.

On top of everything, it is an important part of various Mexican recipes, including tacos and enchiladas. It is advertised as a white and conical-shaped cheese with an inverted form. It is available in different packets, usually ranging from 500g to 2kg. The primary reason that it cannot be made in bulk form is that it has a soft consistency that will become malleable. As we have already mentioned, queso panela has a white appearance while the flavor profile ranges from salty to sour.

This cheese can be crumbled down and used as a topping for enchiladas, tacos, nopal salads, and quesadillas. In addition, the sliced cheese makes a great addition to Mexican sandwiches, and it can be eaten on its own as a snack. On top of everything, queso panela is fried with olive oil and served with cilantro and lime juice as an appetizer. Not to forget, one can bake this cheese, which makes it spreadable and is suitable for crackers and tortilla chips.

Queso fresco is another Mexican cheese, and it’s safe to label it the most famous cheese in Mexico. It also goes by the name of Adobera cheese and originates from Jalisco, Mexico. This name is given to the cheese for its similarity to adobe bricks. It has an ivory color and has a very mild flavor. If you are concerned about the texture, it is usually grainy and firm. Having said that, queso fresco is the perfect choice for people who don’t like strong-flavored cheese.

Topping it all, this cheese is extremely versatile. For instance, the grainy and soft texture of this cheese is perfect for shredding, crumbling, melting, and grating, which is another reason behind the popularity of this cheese. This cheese in the shredded form can be added to tortillas and tacos. In addition, the crumbled form of queso fresco is a great addition to soups and salads, while melted cheese is a delicious addition to burritos and enchiladas.

Queso fresco literally means fresh cheese, and it is made from the combination of goat milk and cow milk (some people also use raw cow milk only). For the most part, queso fresco found in the United States is the pasteurized form. When it comes down to the flavor, this cheese has a milky yet bright and mild flavor and can complement a variety of dishes. For instance, it can be added to light dishes, like grilled veggies, but it complements the heavy dishes like huevos rancheros equally well.

What we love about this cheese is that it’s an apt garnish for the summer soups as well as egg dishes. Even more, it can be served with mint and watermelon to make a dessert or an appetizer. Not to forget, the salty and sour tones complement every dish and add a fresh flavor to every recipe it’s used in! 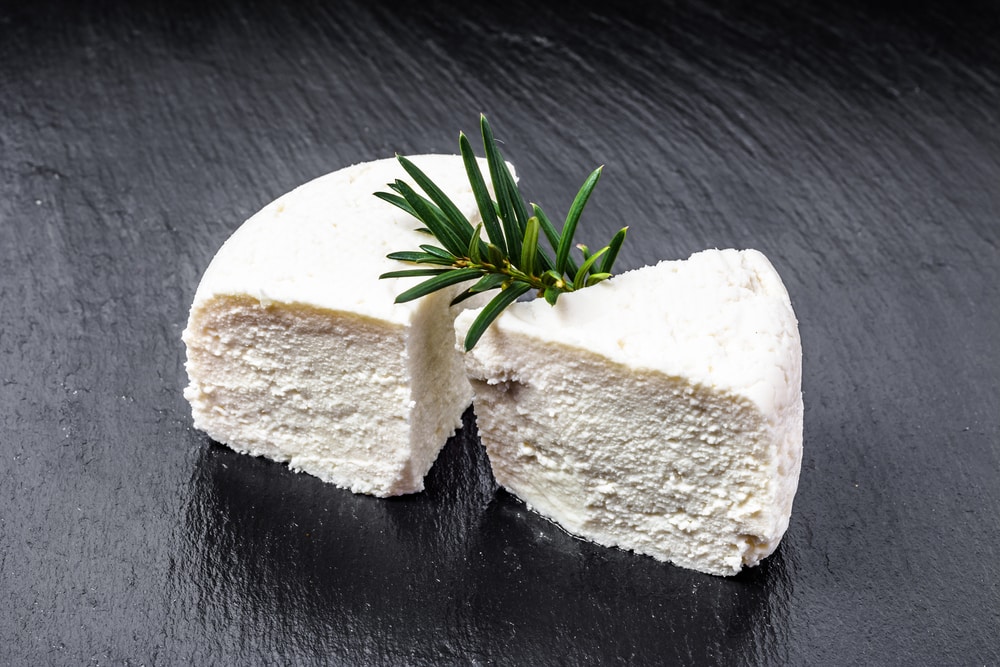