Who doesn’t like eating an all-time favorite Spanish cheese like “Queso Blanco”? However, it’s a shame that you can’t always be lucky enough to have it at your disposal.

After all, the most exclusive, tastiest cheeses are at times the highest in demand as well. Furthermore, not everyone stocks high-end cheese.

Nonetheless, you can still sit and comfortably enjoy a range of the best Queso Blanco substitutes if you run out of supplies.

What Is Queso Blanco Cheese?

Before we dive into the alternatives, let’s first get to know a little more about Queso Blanco. As the name indicates, it is a great Spanish cheese that is white in color.

That’s right. The name literally translates from Spanish to “white cheese” and it’s LITERALLY WHITE. Many different varieties of cheese share the same color, however, their tastes differ entirely.

Depending on which white cheese you choose, and its region and source, a huge range of flavors similar to everyone’s favorite Spanish simple cheese are available.

Let’s take a closer look at Queso Blanco substitutes so that you always know which is best for your meals.

Queso Blanco is an extremely mild cheese. It has a salty, milky taste that hits the palate with freshness.

It tastes a little milkier than butter or cheese while remaining savory enough to keep you coming back for more. As a white cheese, it pairs best with pungent, strong flavors.

How To Eat Queso Blanco 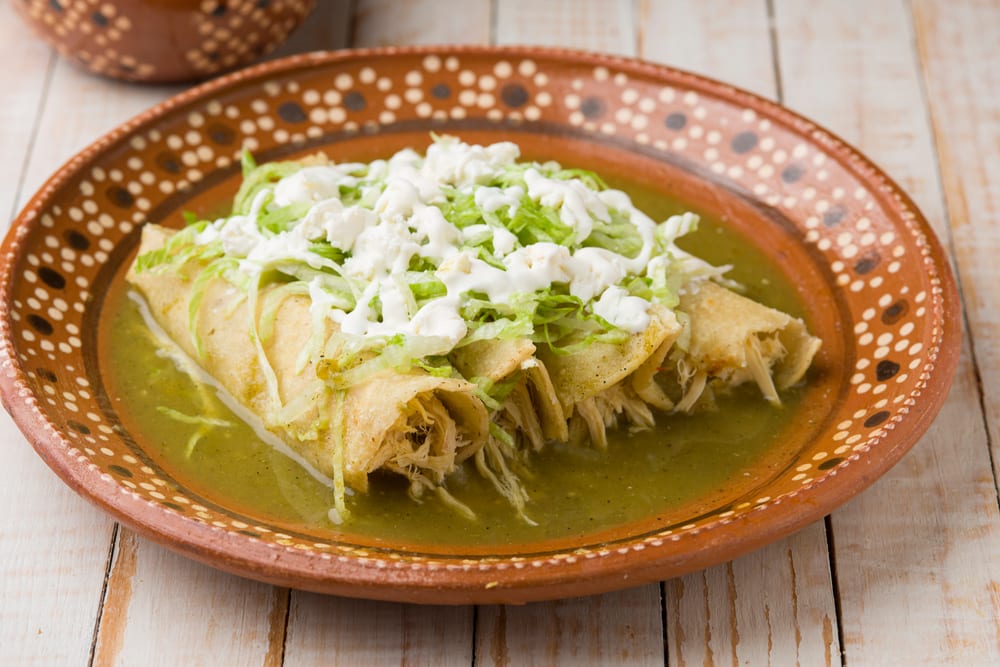 There is more than one way of consuming Queso Blanco cheese. You can either eat it alone or you can add it to your other favorite dishes as preferred.

It is a great grating cheese, sprinkled over many various Mexican dishes.

Whether used as a topping for enchiladas or empanadas, cooked into a sauce, melted into a soup, or added to a tasty salad, Queso Blanco and its suitable substitutes are forever-versatile and always delicious.

Cheese gains more and more popularity with every passing day. The distinct variations of flavor mean that you can serve cheese with just about anything.

Whether you’re in the mood for trying something new or don’t have any Queso Blanco available, don’t worry! We’ve got the best substitutes coming up. If you’re a Queso Blanco fan, you’ve got to give these five alternatives a try. 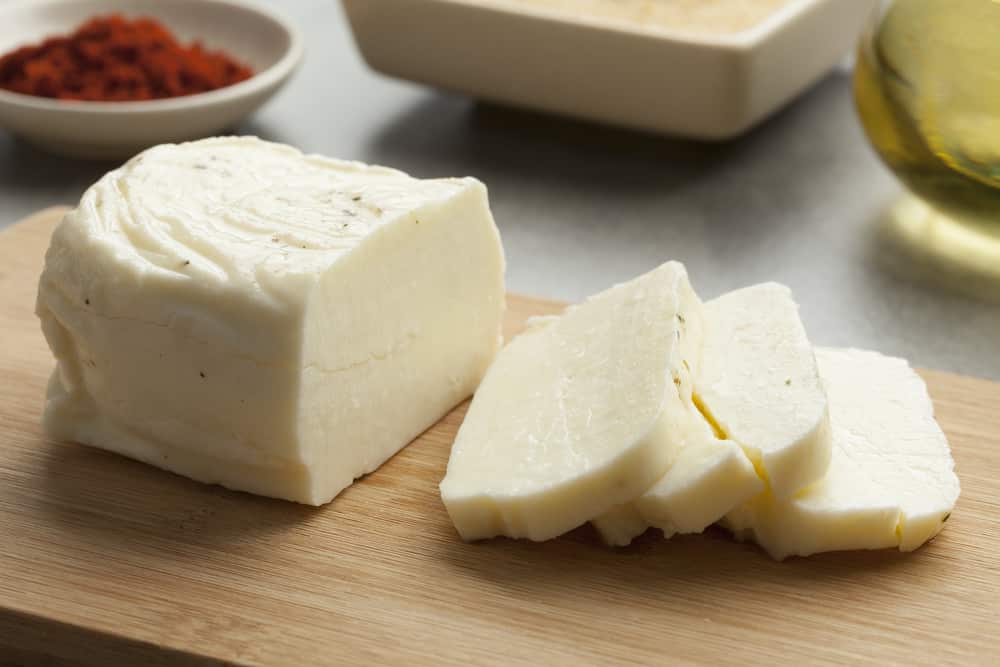 Halloumi is one of the very best Queso Blanco replacements. As a semi-hard brined cheese, Halloumi is a close match.

This unripened mixture of milk obtained from cows, goats, and sheep results in a protein-rich cheese that’s substantially filling. Many vegetarians opt for Halloumi as a meat substitute thanks to its balanced nutrition.

With a relatively high melting point, Halloumi is a really easy cheese to fry or grill. Expect a texture that’s similar to mozzarella cheese with a slightly saltier flavor more akin to Queso Blanco.

A single serving of halloumi measures roughly the size of your palm.

Despite being a versatile ingredient that can be eaten as-is or added to pies, grilled sandwiches, vegetables, meat, burgers, and anything that calls for melted cheese,

eating Halloumi every day isn’t recommended due to the high concentration of salt and saturated fat. 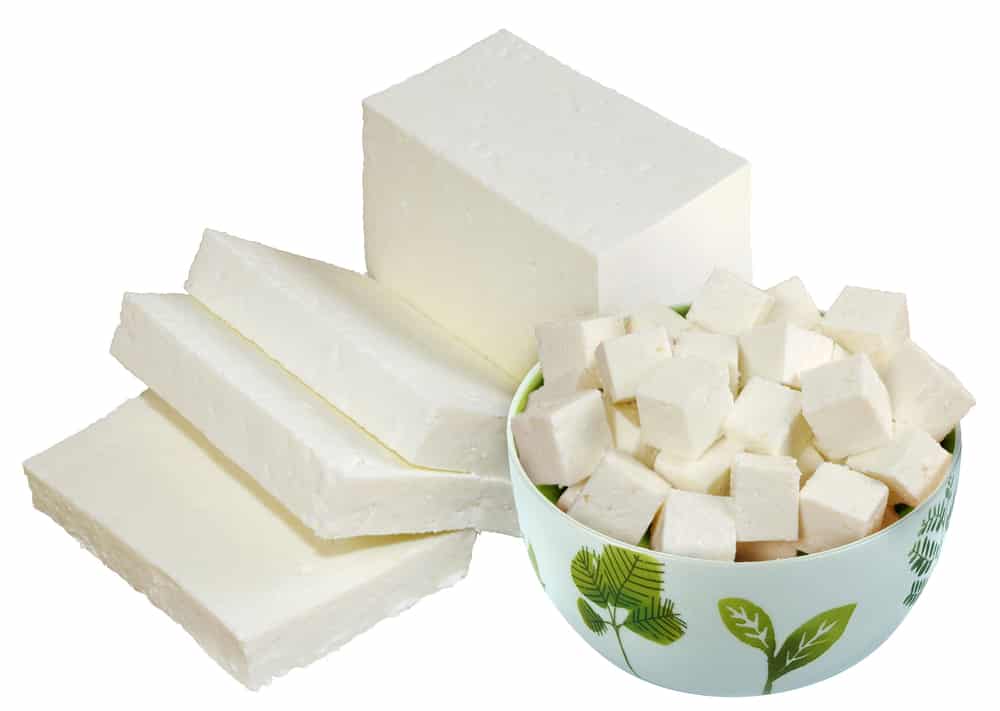 If you live in Asia or have visited the continent, you must have heard a lot about the famous Indian Paneer. It’s one of the most commonly used types of cheese in traditional Indian cuisine, with endless serving suggestions.

Indian paneer is one of the most versatile Queso Blanco substitutes around. In India, you’ll find this cheese often served wrapped in dough and deep-fried – it’s irresistible with a dipping sauce.

Try Indian paneer in sauces, salad, or served on peas, spinach, and other pulses for a traditional twist. It’s another one of those tasty cheeses that are just as satisfying consumed alone or mixed into your favorite dish.

This cheese made from strained curdled cow or buffalo milk is crumbly like feta and remarkably mild like Queso Blanco which makes it an excellent accompaniment to strong, spicy flavors.

While most will be unfamiliar with the flavor, Paneer is most similar to a Cuprian cheese called Anari. 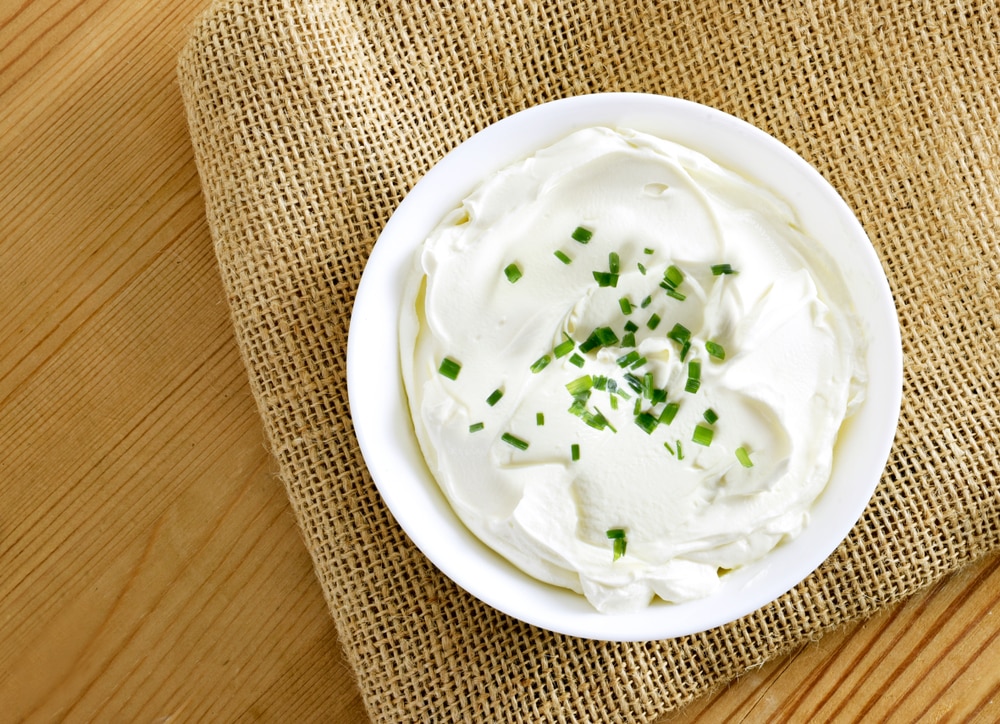 Now, this is one Queso Blanco substitute that you must have seen on your screen while watching several TV shows. Quark is the traditional sun-shaped cheese made famous by the ever-popular Tom & Jerry animated series.

Also known as Quarg, Quark cheese is made from curdled milk. While sometimes sold as cottage cheese, quark is not actually classed as cheese at all in certain parts of the world like Germany.

It merely resembles cottage cheese in its texture and taste. There’s no salt which makes it extremely milder than other alternatives, with a soft consistency that’s a little less dense than feta.

As curdled milk warms, it begins to reach a dense consistency. After straining, you’re left with a fresh cheese that’s set by acid.

Once removed from the liquid, the set curd is cut into its famous round shape using a cheese cutter and left to harden.

As a result, Quark is much smoother than many other kinds of cheese. The lingering flavor of this popular European option is a great Queso Blanco substitute but you may need to add a dash of salt. 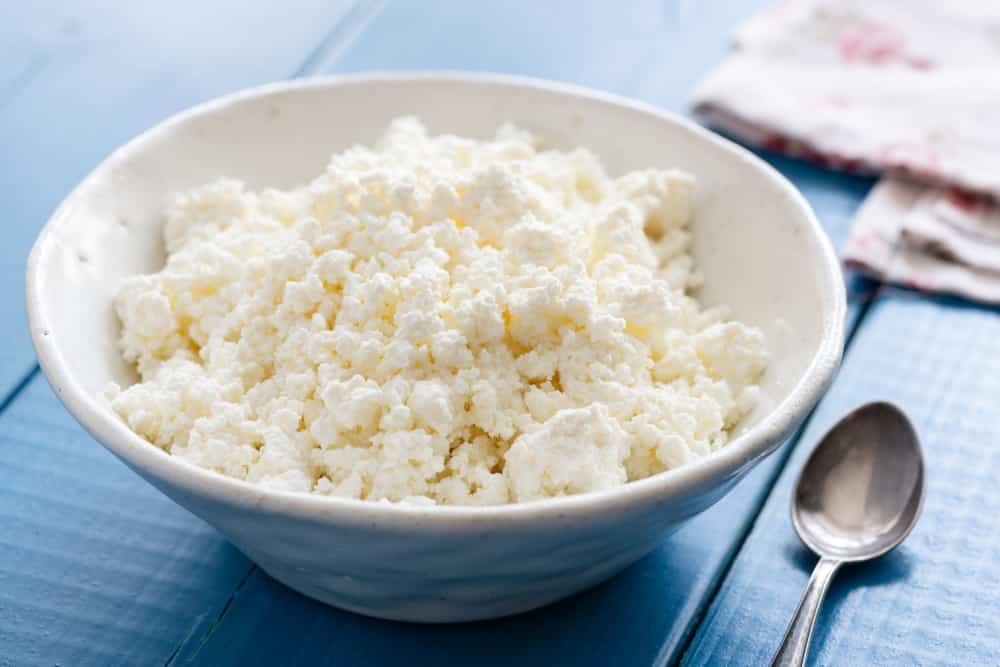 Farmer’s cheese is much better known as cottage cheese but it also goes by ‘Farmer’s Paneer.’ Cottage cheese is one of the best Queso Blanco substitutes available.

It is essentially a firmly pressed version of conventional quark cheese which is made from curdling milk and salting it slightly.

One of the best features of this tasty cheese is that it’s considered organic which means that it was purely obtained without using any synthetic compounds.

Low-calorie high-protein cottage cheese is white like Queso Blanco and has a similar mild, salty flavor. It is extremely versatile and one of the mildest substitutes available.

When served fried, it turns a light brown similar to halloumi. The recommended traditional serving suggestion is Farmer’s Paneer with sauteed or roasted vegetables, or included in salad.

Pot cheese is soft and crumbly without any degree of toughness and a heavenly taste. Also known as unaged cheese, pot cheese goes a very long way before it begins to spoil.

This long-lasting Queso Blanco substitute is very easy to prepare, and even easier to eat thanks to the endless ways you can incorporate it with other flavors.

Low-calorie high-protein cottage cheese is white like Queso Blanco and has a similar mild, salty flavor. It is extremely versatile and one of the mildest substitutes available.

The flavor is almost an exact match to the Spanish favorite but more subdued. Expect a consistency that’s midway between cottage cheese and the much firmer, Indian Paneer.

Making pot cheese at home is quick and easy. All you need is milk, sour cream, a colander, and cheesecloth. Here’s a must-try method:

At the penultimate stage, feel free to allow your cheese to drain longer if you want it firmer, or for a shorter period if you’d prefer it softer. 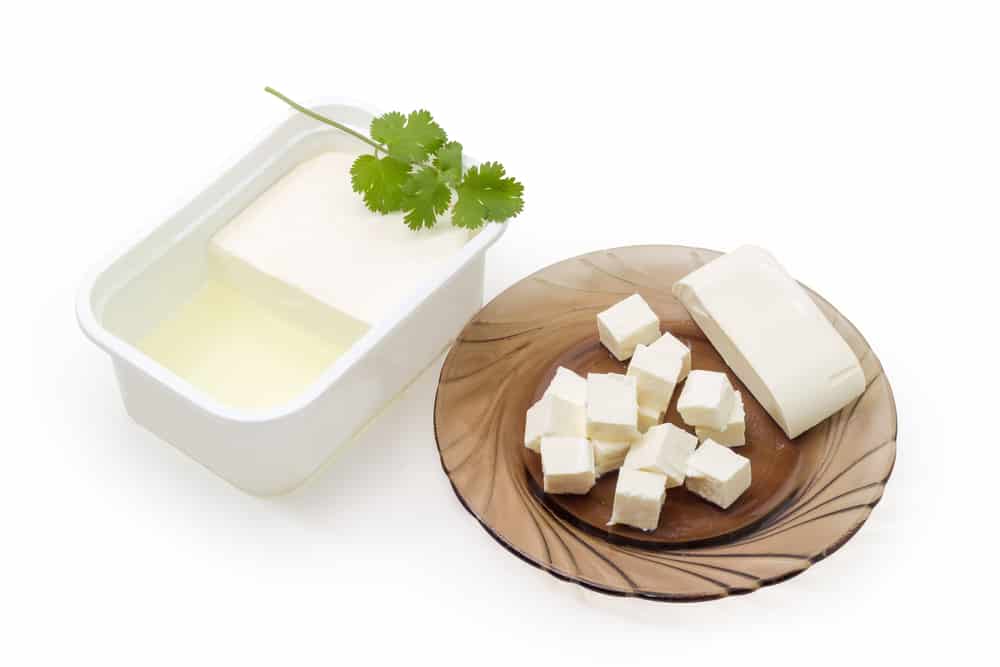 The mild, creaminess of mild feta cheese is a reliable substitute for Queso Blanco in most cases. Remember to stick to unflavored feta or you’ll end up with a slightly different flavor profile to your meal.

In salads and certain melts, this can be a good thing but work carefully nonetheless. Feta can be made from all varieties of milk including sheep, cow, and goat milk.

Traditional mild feta uses a blend of sheep’s milk and goat’s milk. The mildest feta that’s best suited to being a substitute for Queso Blanco is French feta made from the leftover sheep’s milk that doesn’t end up as Roquefort cheese.

Greek is another great substitute that comes with a similar level of saltiness to the world’s most popular Spanish white cheese, and the texture is pretty close as well.

What Is The Best Queso Blanco Substitute? 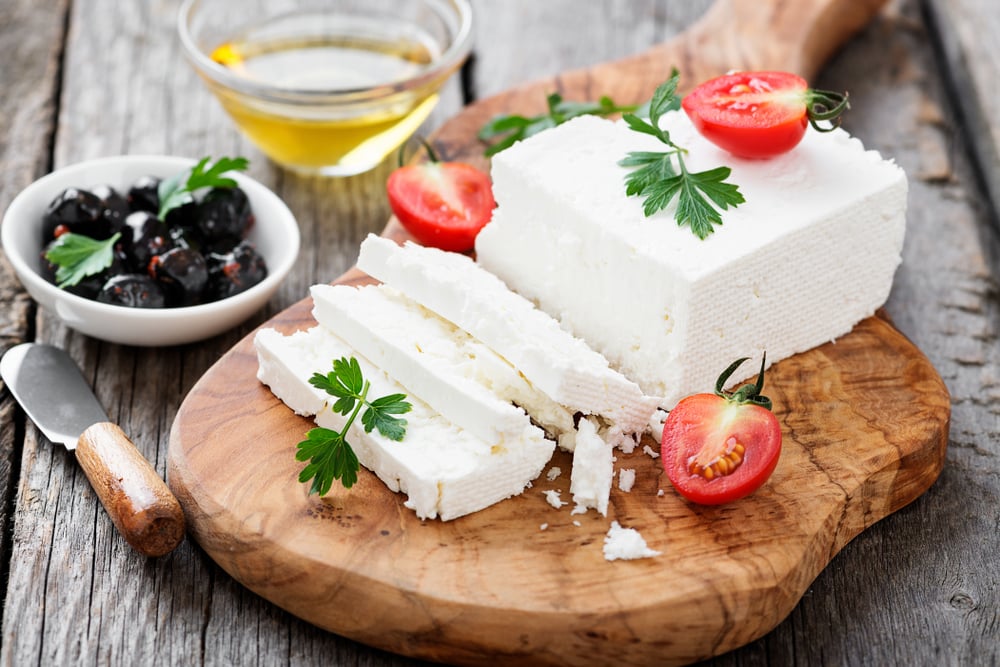 Now, that you know all the best alternatives to the world’s most indispensable Spanish cheese, endless recipe combinations await.

Each Queso Blanco substitute listed will impart a unique flavor to your meals while keeping the core balance intact.

Ultimately, there is no one best substitute but rather a selection of options that are sure to cover all preferences and meltability wants.