Pressure fryers! You may know that pressure fryers are the main reason for KFC’s success over the years. They are what allow the franchise to produce bucketloads of tender, succulent yet crispy chicken year after year.

So, if you are looking for a way to make delicious KFC-style chicken at home, you would obviously need to invest in a high-quality home pressure fryer. Of course, a commercial one just won’t fit into a home kitchen.

One reason why the pressure fryer is the most preferred method for making deep-fried chicken is because of the mechanism it utilizes, which allows chicken and any other food items to be deep-fried fast yet cook and brown evenly.

Another reason is that pressure cookers are extremely efficient and cook faster than any other frying method while still doing the job properly – cooking the chicken all the way through to the bone yet maintaining its succulence.

Pressure frying generally results in a tastier and juicer end product, which probably explains why it is so popular over say, deep frying or cast-iron skillet frying.

How does pressure frying work? 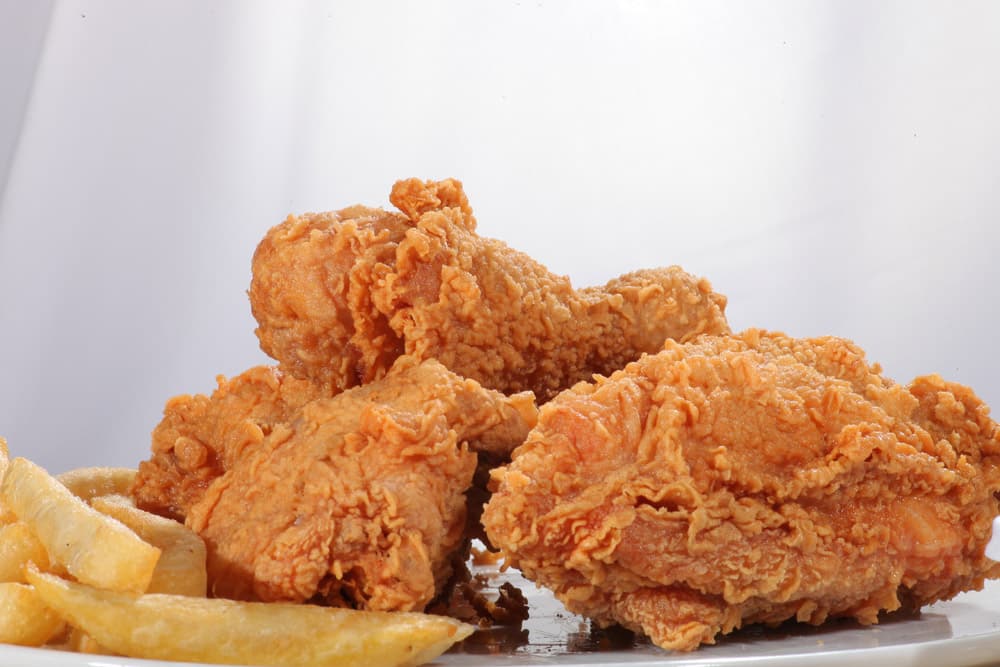 Pressure frying basically involves deep-frying food under intense pressure. Before Colonel Sanders switched to using pressure fryers, customers would often be forced to wait for as long as 45 minutes for their fried chicken.

Colonel Sanders’ first pressure fryer was actually one that he had converted from a pressure cooker. This is dangerous and strongly discouraged today.

Pressure frying is not much different from deep frying except that when the food being fried is lowered into the hot oil, a lid is lowered over the pot and secured tightly to create an airtight, pressurized environment.

As food contained in the pot continues to heat up, the surface moisture evaporates into steam, thereby increasing the amount of pressure in the pot even further. 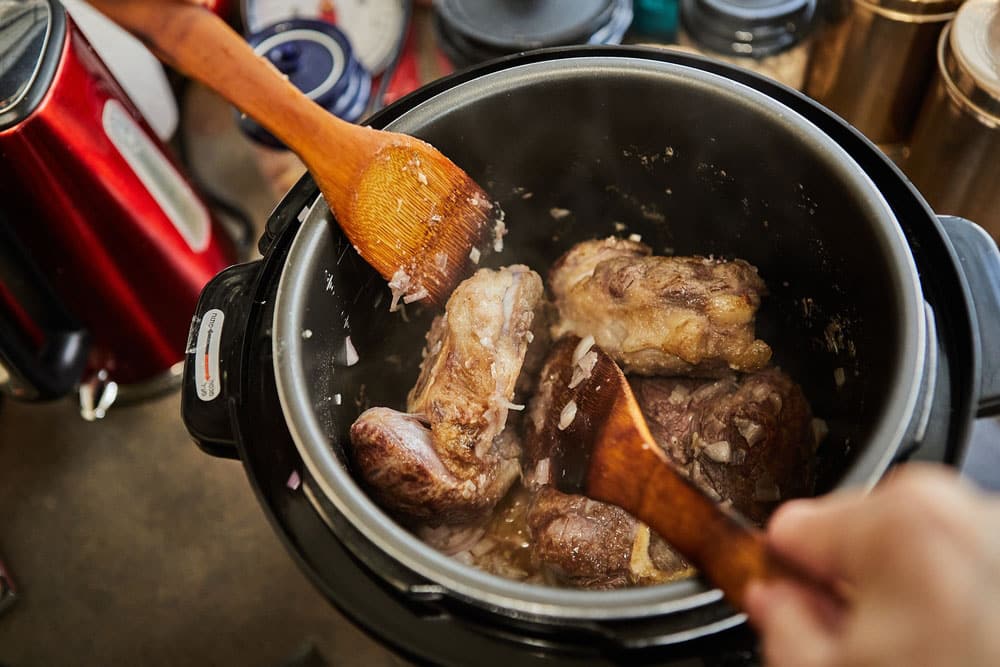 Once the pressure accumulates, a barrier is formed around the food items being fried which prevents any more moisture from being lost. The barrier seals in the food’s natural juices and locks out excess oil, causing a notable difference in both the texture and flavor of the food.

The truth about pressure frying at home

If you intend on pressure frying at home, you should never, ever attempt to use a pressure cooker for frying your food. EVER. This is because the rubber seals on pressure cookers are not designed to withstand the intense pressure and heat produced by hot oil. Home pressure cookers are designed to withstand a maximum temperature of about 250˚F, whereas oil can reach temperatures over 320˚C. The gasket will fail and you will have a terrible accident on your hands.

Therefore, the only thing that can be used to pressure fry properly is a pressure FRYER, not a pressure COOKER. They are completely different appliances.

Although there are plenty of people who claim to have successfully converted their pressure cookers into fryers, this is not something that you should ever attempt to do as you would essentially be turning your pressure cooker into a death trap.

In most cases, the maximum amount of cooking oil that you are allowed to use with food that cooks under pressure is about a quarter of a cup of oil.

In most instances, vegetable oil is recommended for use as other types of oil like solid fats such as shortening and lard can combine with the steam to produce a terrible gummy taste in the food.

The safest way to pressure fry is to invest in a pressure fryer that has been specifically and safely designed to handle the task.

Even when you do finally invest in a superior pressure fryer of your choice, certain instructions have to be read and followed to the letter to avoid serious accidents from happening. 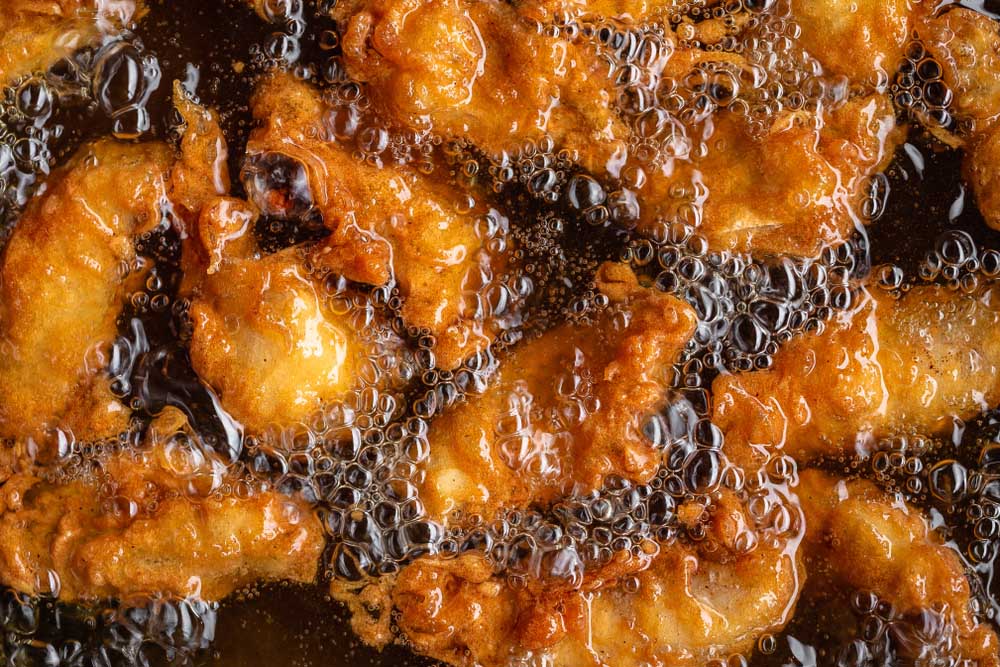 Take note:
A pressure cooker IS NOT a pressure fryer.

There are many different methods of frying food, each with its advantages and disadvantages. But if you are looking for faster cooking times and greater succulence without impacting the flavor of the meal being prepared, then nothing beats a pressure fryer.

Pressure frying revolves around water. In this case, the water is referred to as the moisture that is naturally found in the food items to be fried. 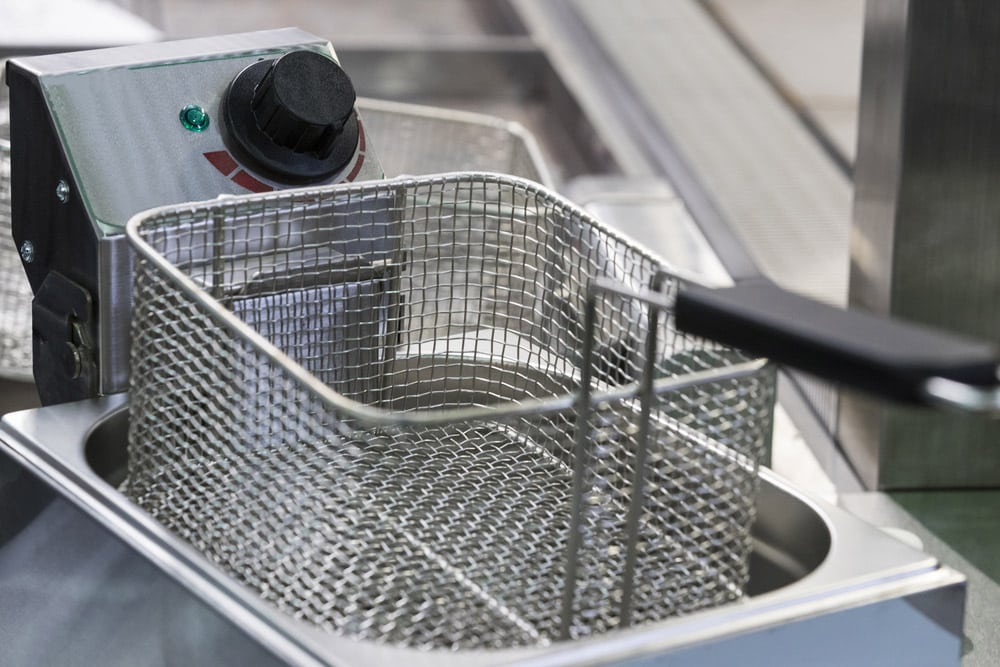 When you pressure fry, it forces the moisture to boil at even higher temperatures than it would with any other cooking method, which is what speeds up the cooking times.

This speed is also why pressure fryers are preferred in situations where a lot of food has to be cooked simultaneously such as in busy fast-food restaurants. Some more reasons why you should invest in pressure fryers include: 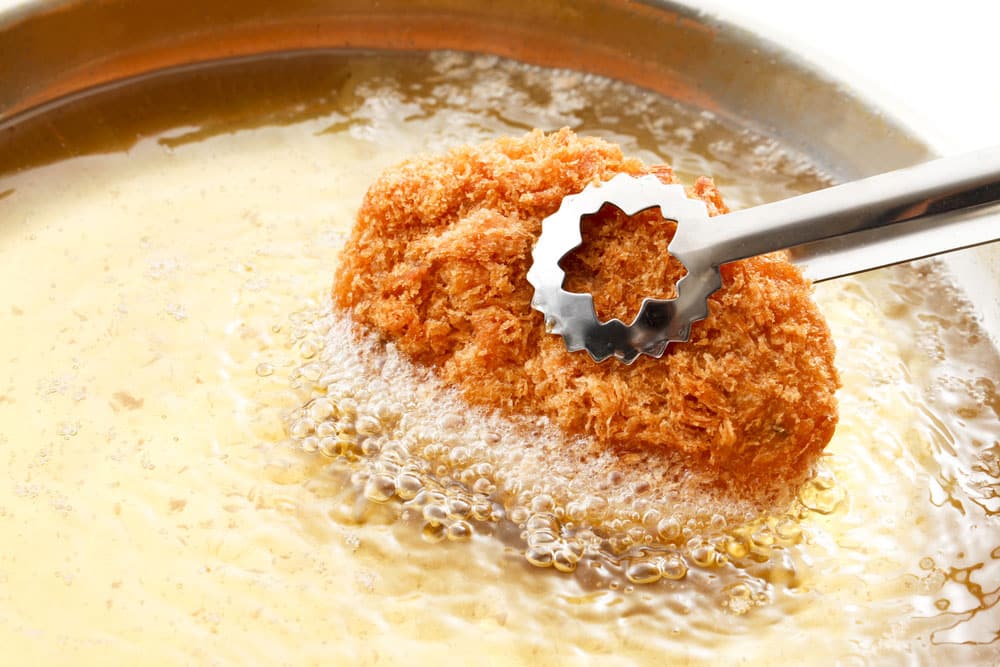 When you pressure fry, what you get is food that has cooked quicker and has lost less flavor and moisture, which results in a tastier and juicer product. Pressure frying also produces a healthier result as the natural juices and nutrients become sealed in easily.

In a traditional deep fryer, there is typically a layer of grease or oil left on the outside of the food while the inside remains dry. This reduces the quality and the appeal of the food a great deal, which can mean the difference between a bland, dry meal and a flavourful, moist one.

With pressure frying, less oil is absorbed, which means that there is no greater substitute for those looking for a healthier alternative to deep-frying. As mentioned earlier, pressure fryers operate by creating high pressure in the cooking chamber. 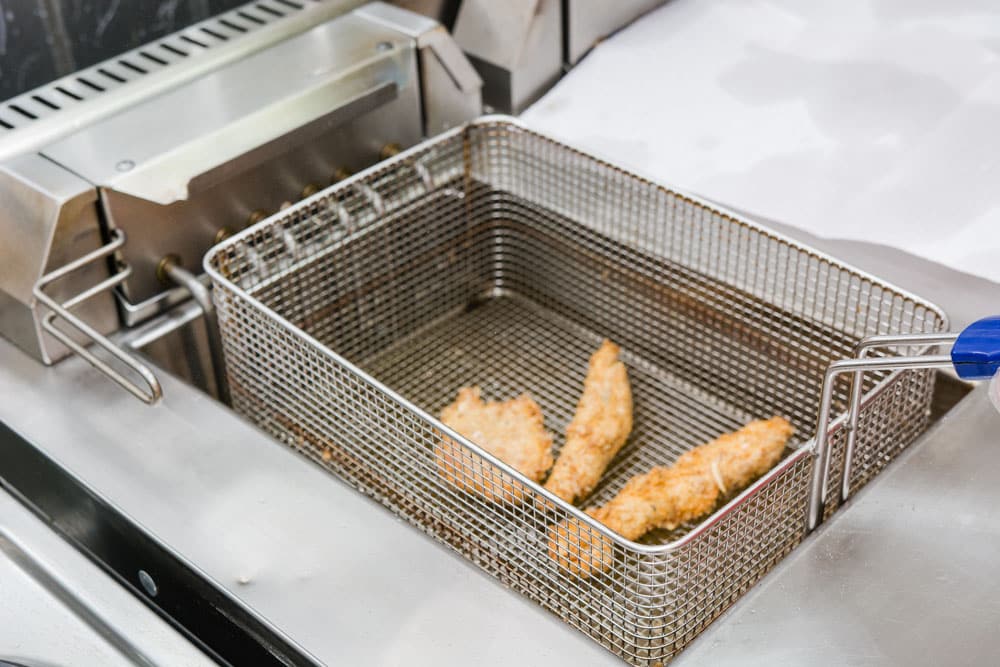 Thus, the food prepared is cooked much faster – about 50 percent faster – compared to open frying.

Because pressure fryers cook food faster at lower temperatures than deep fat fryers and because the moisture in the food rarely mixes into the cooking oil being used, it allows your cooking oil to stay cleaner for longer without having to be replaced. 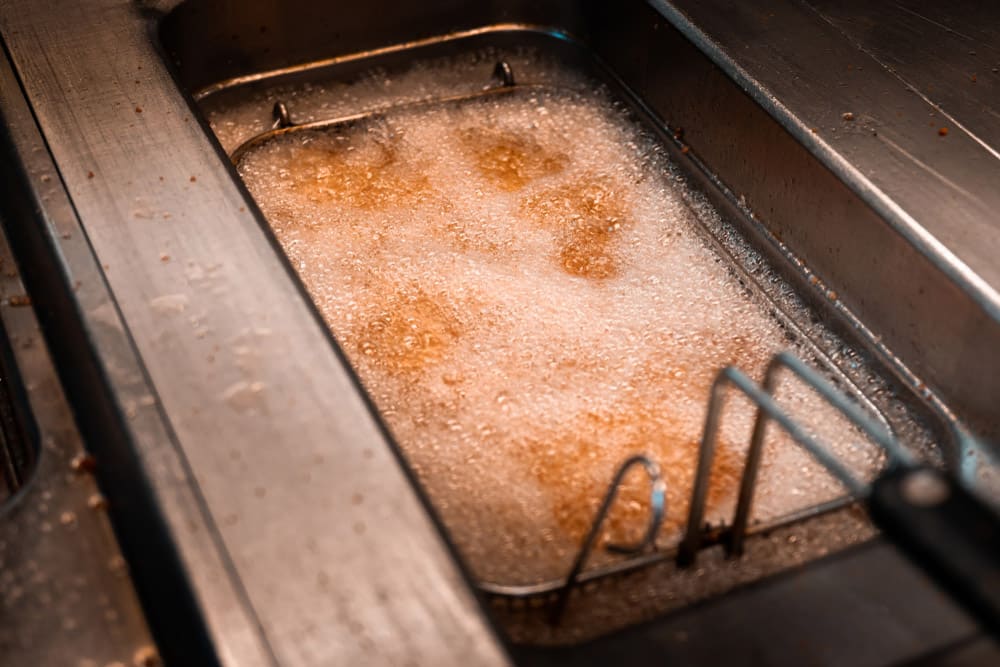 Over time, a pressure fryer that has been used continually will obviously accrue some maintenance costs. But like most pieces of machinery, for your pressure fryer to last, you should do your best to take care of it properly.

A high-quality pressure fryer can serve you for up to 15 years as long as it is well maintained. 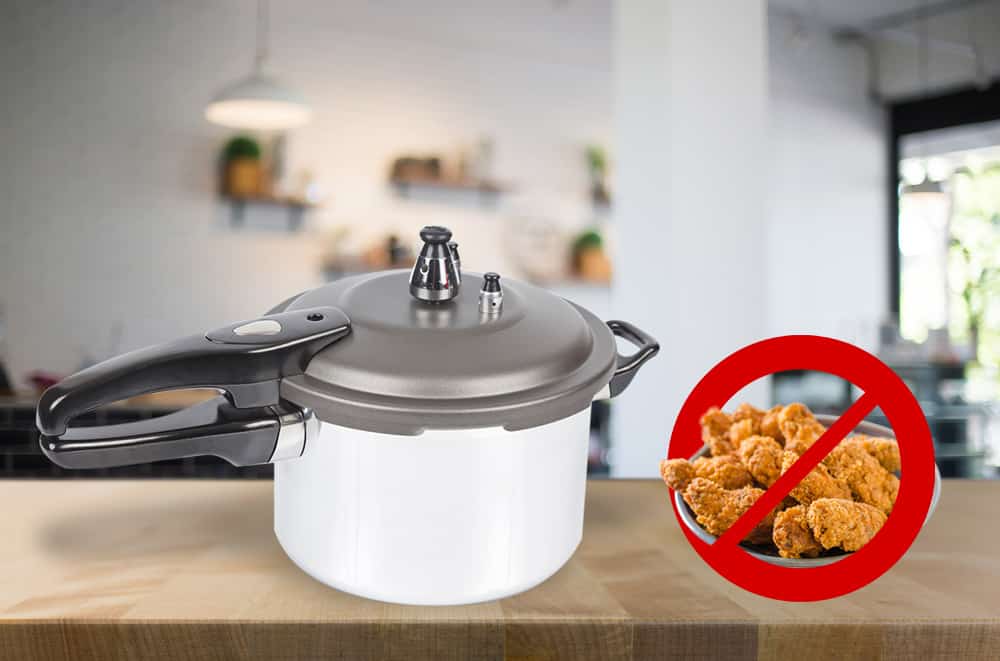