What is a pressure cooker?

A pressure cooker is essentially a tightly sealed pot that traps steam under pressure so that food can be cooked quickly and efficiently. Pressure cookers are used to prepare a wide array of foods including tough cuts of meats and legumes and grains, which are all generally considered difficult to prepare over short periods. Once you start using pressure cookers, you will find it easier to prepare your foods quickly while retaining the original flavor of food.

What is a pressure canner?

Pressure cookers are used to prepare food quickly and efficiently. Pressure canners, on the other hand, are used to safely store meats and veggies for later use. Pressure canners are available in 2 types, those that have weighted gauges and those that come with a dial gauge. Although they both work in a similar fashion, one utilizes dial gauge while the other uses weights to control the amount of pressure building up in the canner.

Pressure cookers, on the other hand, are generally available as a stovetop or electric models and because some come with weighted gauges, it can sometimes be hard for the inexperienced cook to distinguish between the two appliances.

Can pressure canners and pressure cookers be used interchangeably?

Unfortunately, pressure canners cannot be used interchangeably with pressure cookers because the two devices are designed for two completely different functions. Pressure canning is a sensitive process that requires the use of exact temperature and pressure levels in order for food destroying bacteria to be completely destroyed so that canning can be done properly.

Although pressure cookers have the ability to reach high temperatures, these high temperatures are not sufficient enough to kill harmful food-spoiling bacteria like botulism bacteria. As such, it is never recommended that you substitute your pressure canner for a pressure cooker as the process of canning will not be done effectively to keep you safe. 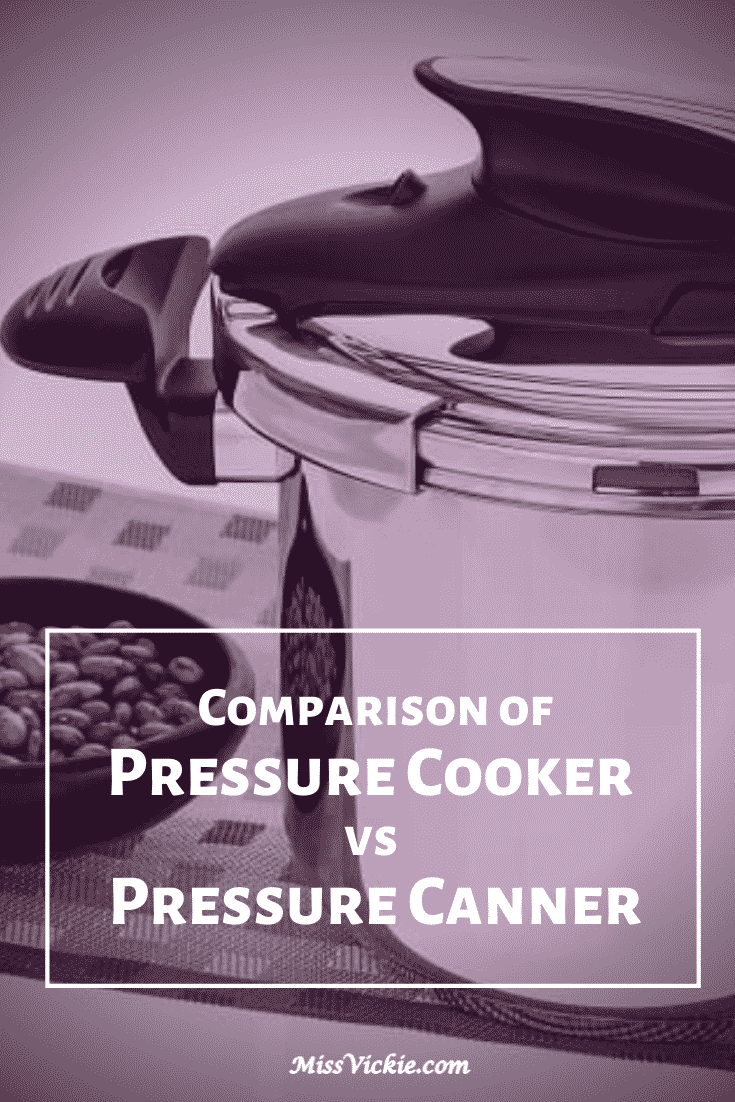