Dutch oven and pressure cookers have been around for ages. Each of the appliances have their own advantages and disadvantages. However, the point of both is to make food preparation at home easy and convenient. Let’s take a closer look at the two appliances to see how they differ from each other.

What is a Pressure Cooker?

As you may already know by now, pressure cookers are designed with a lid that can be tightly sealed and a pot that prepares food quickly and efficiently. When the lid is sealed tightly, it causes steam to build up, which then raises the temperature and pressure within the cooking pot, therefore making food preparation much faster compared to other cooking methods. Pressure cookers work so effectively that a recipe that would typically take 6 to 8 hours to prepare in a slow cooker would be ready in about 45 minutes if a pressure cooker were used.

What is a Dutch Oven?

A Dutch oven, on the other hand, is also commonly referred to as a French oven or a cocotte. Most Dutch ovens are constructed using cast iron and they come with tightly fitting lids. Dutch ovens can be used to prepare a wide array of foods because of their capacity to withstand a range of temperatures whether high or low.

Dutch ovens work in a similar fashion to your home oven. When a Dutch oven is placed on a direct heat source, the side, bottom, and top heat up quickly and evenly, which allows any food contained within the pot to cook at even temperatures. Because most Dutch ovens are constructed from cast iron material, they retain heat evenly, which might make them more effective to a traditional oven.

The differences between a pressure cooker and a Dutch oven

Pressure cookers work by creating a sealed high-pressure and high-temperature environment that allows food to cook through evenly and quickly. The pressure inside the pot raises the boiling point of water high but because moisture has nowhere to escape to, it, therefore, ensures that the flavor and taste of food is retained throughout the cooking process.

Dutch ovens, alternatively, work differently based on the construction material used to design the oven. The best Dutch oven is constructed using cast iron, which is a much better material for conducting heat but there are some other types of Dutch ovens that are made using materials such as aluminium, porcelain or a mixture of different materials. Unlike pressure cookers that rely on pressure and steam to cook food quickly, Dutch ovens only rely on even heat distribution to prepare food.

Which one should you invest in – a pressure cooker or a dutch oven?

In a perfect world, you should invest in both the pressure cooker and Dutch oven because the two serve different functions and they work differently as well. Dutch ovens are best used for recipes that require a few hours of slow cooking or dishes that require a lengthy simmer to cook properly such as braised meats or homemade soups.

Anything can be prepared in a Dutch oven; it will just take much longer compared to when a pressure cooker is used. Pressure cookers, alternatively, are perfect for cooks that do not have the indulgence of time on their side because they prepare food faster than other cooking methods, even Dutch ovens. 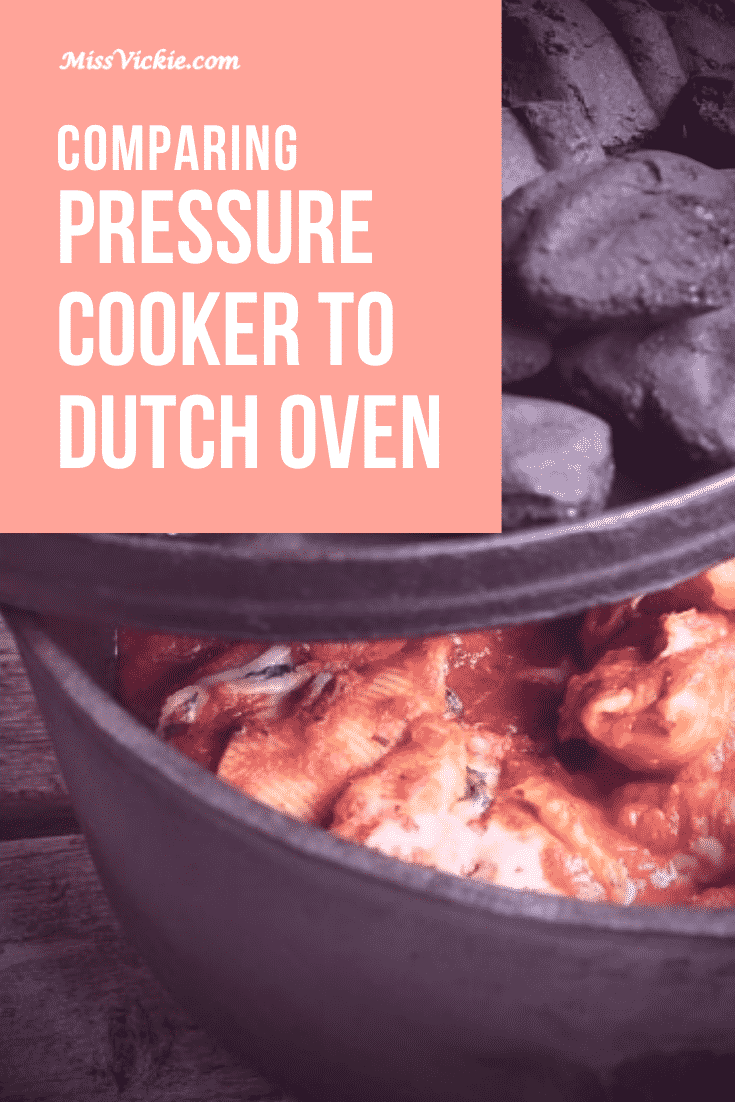