The pig is an animal which is known throughout the world as one of the best source of meats out there. It is loved by many for just how good it tastes, and how much variety there is in pork cuts.

There are all kinds of different pork cuts which one could get from their local butcher depending on where they live. A lot of these cuts outshine the others, such as the loin and the ribs which are considered the best ones of them all, mainly because these are the ones which are sold the most in local stores.

There are many other cuts other than these ones, and you can argue that some of them are even better. A couple of examples of some of the most underrated cuts of pork would be the pork jowl and pork cheek. Many people consider these two to be the same type of cut, but this couldn’t be further from the truth.

If you’re looking to find the main distinctions between the two or are just interested in the pork jowl vs cheek debate, here is our detailed comparison given below.

Jowls are the biggest cut on the entire head of a pig, and they’re widely considered as the best cut from this part. They are located around the jawline and chin of the animal, meaning that every piece of meat around these two is a part of the jowl.

Pork cheeks are also located on the head of the pig, as already mentioned. These are directly above the jowl and are a much smaller cut compared to the jowl, which is, as mentioned, larger than all other cuts on the head. Now that you know the differences between both these cuts and where they’re located on a pig’s body, let’s move on to the differences they have in other aspects.

The cheek does the jowls one better, being even softer. In fact, these cheeks are so soft that they tend to fall apart with just a single touch when they’re cooked properly. While these can be both highly tender and succulent, a lot of people tend to shy away from them because they’re a little too soft. Regardless, they are great in specific meals and can be one of the best cuts of the pig when prepared in a correct manner.

As for going into the specifics of their tastes, it has already been mentioned that jowls are quite sweet and juicy. It is very similar to the pork belly in terms of flavour. To capture the flavour of the pork jowl in your mind, just imagine pork belly, but a lot juicier and softer than it usually is. Pork cheeks are a little similar in taste, but they feel completely in different in this regard due to them having a much different texture.

Getting down to listing all the uses of both these cuts will take a lot of time. So, to just give a basic idea of it all, you can say that pork jowls are cuts used in main courses and proper recipes while pork cheeks are usually served as appetizers and minor ingredients in certain recipes. But, it must also be said that it usually depends on the specific recipe. 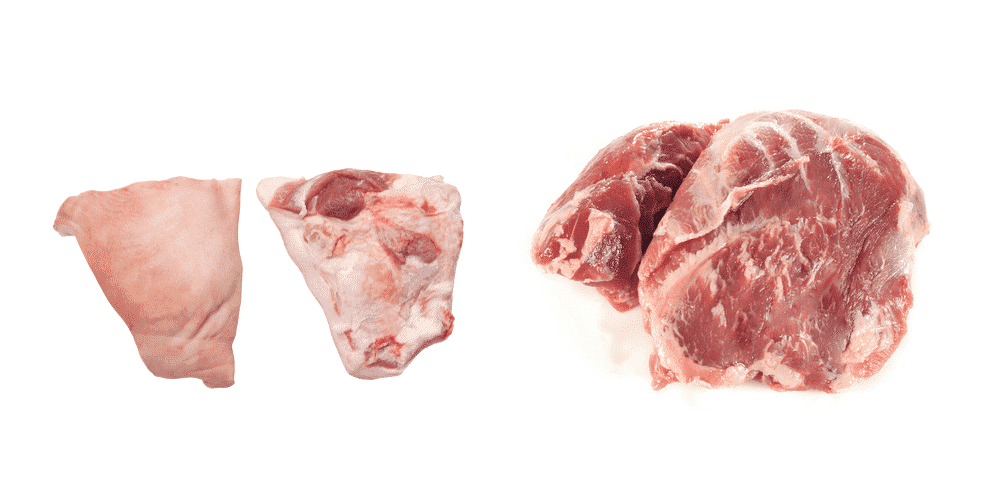