If you are a fan of cheese and Indian cuisine, we are pretty sure that you would know about paneer. It wouldn’t be wrong to say that this is the heaven-sent ingredient. Paneer has enriched with flavor, and the nutritional value is obviously there.

Paneer has become an important ingredient for Indian desserts and curries. So, if you need to make an Indian dish but don’t have paneer, we have outlined the paneer substitutes in this article!

To define, paneer is the Indian cheese that’s made by adding the vegetable or fruit acid in curdled milk. Paneer differentiates from other cheeses in terms of unaged cheese. Paneer is often defined as soft cheese and doesn’t melt. In addition to adding paneer to dishes, it is also consumed as a snack. So, if you need paneer for cooking but cannot find it, we have the most amazing substitute ticked in below!

To begin with, halloumi cheese is the best bet if you need the paneer substitute. Halloumi cheese is made by mixing goat and sheep milk. Generally, it’s made from either one milk type. Halloumi cheese has a great nutritional value since it’s enriched in vitamins, proteins, calcium, and magnesium. However, there is a fair amount of fats in there.

Halloumi cheese is the layered and white cheese that is often confused as mozzarella cheese. The best thing about halloumi cheese is the crispiness and shape-retaining. It has a savory taste and is a perfect option for grilling. It’s essential to note down that some varieties of halloumi cheese are not vegetarian in all cases, so be sure to check if you are conscious about it.

As far as the usage is concerned, halloumi cheese can be used in salads since it can be cut into slices. On the contrary, people also consume halloumi cheese raw, but the taste notes might be salty. That being said, the halloumi cheese will have an amazing flavor upon cooking.

This is the Mexican cheese and is also known as queso panela. This cheese is basically added to the basket in molded form. This is the prime reason that it’s named queso canasta, as it translates to basket cheese. Panela cheese is made from cow milk (pasteurized, to be precise). The great thing is that panela cheese is fresh and looks like paneer as well.

As far as the texture is concerned, panela cheese has a creamy and soft texture. Also, the flavor reminds of milk. Panela flavor tends to retain the shape even if it is cooked. In simpler words, panela cheese will soften upon cooking; it will not melt. Panela cheese can absorb the flavor of other ingredients. All in all, it is available with garlic or pepper coating.

On top of everything, panela cheese can be consumed as appetizers. That’s to say because it can be fried in a pan or baked and will have a savory flavor.

In the majority of cases, feta cheese is made from sheep milk and is aged over the course of four to seven weeks. Feta cheese has a salty and sharp flavor. As far as the texture is concerned, it has a crumbly texture. If the feta cheese is preserved properly, it will be safe to eat for multiple months. As the substitute for paneer, feta cheese taste and looks great inside dishes, appetizers, and salads.

We are talking about the drained ricotta. Ricotta is known as Italian cheese and is pretty versatile. For instance, ricotta can be used as a substitute for paneer for desserts that need stuffing. On the other hand, ricotta can be mixed up with the vegetable for balancing flavor if you are making the stuffed pasta. Also, it will make the food savory.

Ricotta is more of a by-product of cheese. That’s to say because the by-product is heated, which helps make cheese. From the Italian point of view, ricotta is literally mean re-cooked. When it comes down to the texture, ricotta is pretty grainy and soft. It has a lower sodium level with a higher calcium content. In case your recipe revolves around paneer, ricotta will make a great substitute.

On the other hand, ricotta cannot be kept in the refrigerator, so it’s safe to say ricotta within the course of a few days. All in all, you cannot use ricotta as a substitute for paneer in curries or soups.

If you want the substitute for paneer but don’t want to go to the supermarket, Mexican queso blanco is a fine choice. This is because queso blanco can be made at home by heating milk and citric juices. Keep in mind that queso blanco and queso fresco are different items, so don’t confuse them. All in all, queso blanco is the vegetarian option.

That being said, it can be made from cow’s milk, but some people also use the combination of goat and cow milk. The queso blanco has a firm texture that tends to soften up when cooked. In addition, queso blanco doesn’t melt, which makes it perfect for salads. 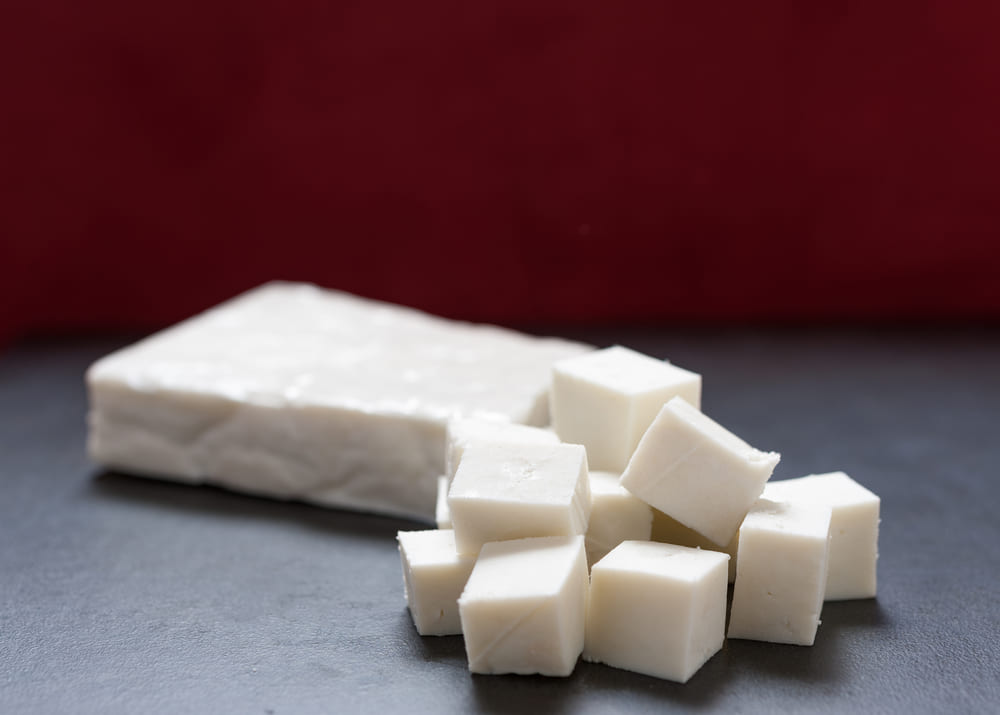