What Are Cast Iron Pans?

Cast iron frying pans are heavy-duty and are useful for a variety of purposes. Cast iron is a hard alloy of carbon and iron. These pans are useful because they retain heat well, are durable, and are non-stick when seasoned correctly.

Cast iron pans can be used to create many delicious dishes, one of which is bacon. However, anyone who has cooked bacon in a cast iron frying pan knows that lots of bacon grease gets left behind.

You may have wondered whether or not it is safe to leave the bacon grease in the pan overnight, or whether it should be cleaned out immediately.

Is It Safe to Leave Bacon Grease in Cast Iron?

While this seems like a straightforward question, the answer is actually quite complex. Whether it is safe to leave bacon grease in your cast iron pan depends on the type of bacon grease, how long you leave it in the pan, and whether you plan on using it for future cooking or discarding it.

Avoid leaving bacon grease in your cast iron pan if it is old and has been reused multiple times. Old bacon grease often solidifies and sticks to the cast iron pan, making it difficult to clean without removing the seasoning.

You should also avoid leaving bacon grease in your pan if there are bits of bacon or other food in the grease. The bits of food could attract ants or other unwelcome creatures. You can use a strainer to remove bits of food from the melted grease. 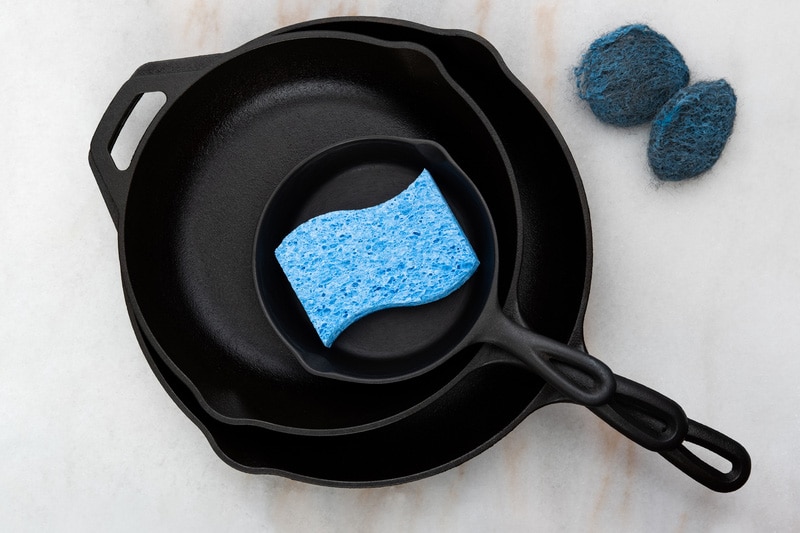 To avoid these problems, discard bacon grease after it has been used a few times. Be sure to remove any bits of food from the grease after you have cooked your meal.

It’s also a good idea to cover the pan with a lid or plate so that dust and insects don’t get into the bacon grease. Store the pan in a cool place away from direct sunlight. This will prevent the bacon grease from becoming rancid.

There are even some advantages to leaving bacon grease in your cast iron pan!

One advantage of leaving bacon grease in your cast iron pan is that the grease can be reused a few times. Bacon grease is a budget-friendly alternative to cooking oil and gives food a delicious salty, smoky flavor. 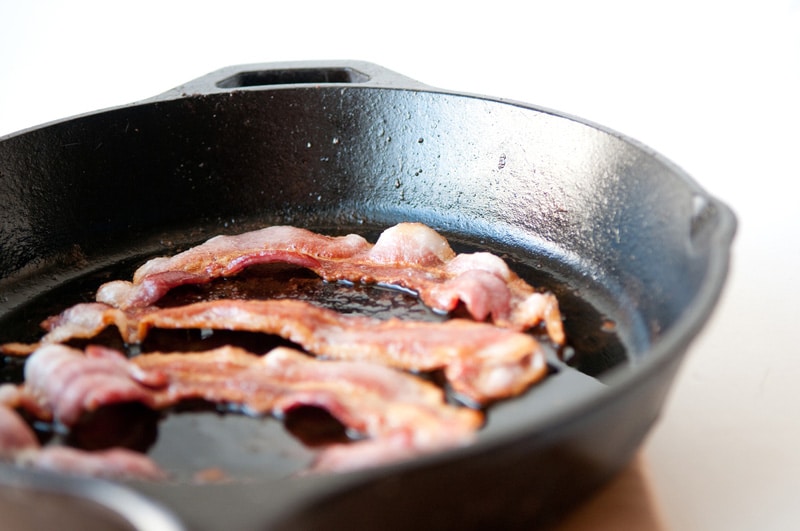 Bacon grease can also help season your cast iron pan. Seasoning refers to the process of coating the surface of your pan with heated fat or oil. This creates a hard coating that stops food from sticking to the pan and prevents damage and rusting.

You can season your pan with bacon grease by placing it upside-down in the oven with a baking sheet on the rack below to catch any fat drips. The oven should be preheated to 300 degrees Fahrenheit. After about two hours, remove the pan from the oven and allow it to cool.

How to Clean a Cast Iron Pan

Remember that even though it is safe to leave bacon grease in your cast iron pan to reuse a few times, the grease should be cleaned out once in a while. If the bacon grease starts to omit a foul odor, you know it’s time to clean your pan out.

You can clean your cast iron pan by making a paste of salt and water and using this to scrub the pan. You can also use a small amount of dish soap and water to clean the pan.

Avoid soaking the cast iron in water for long periods of time, as cast iron is particularly prone to rust. Remember to season your pan again after cleaning, especially if you have used dish soap to clean it. 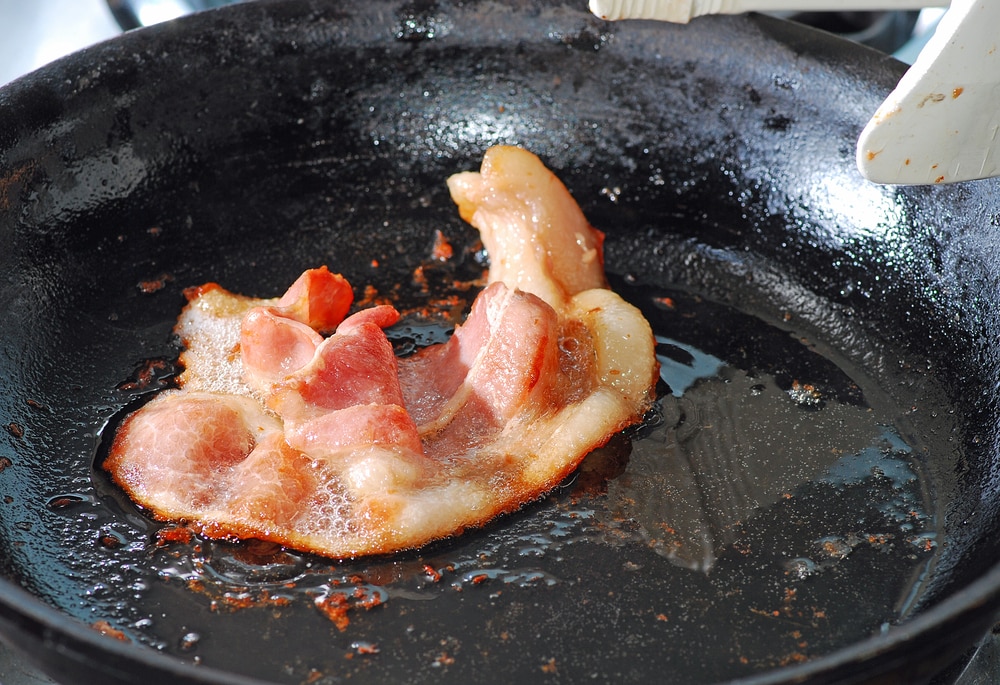