Chili con carne, “chili with meat”, is an extremely popular dish that originated in Mexico. The main ingredients are ground meat, tomatoes, beans, and chili peppers. Of course, various other spices are often added.

Who doesn’t like a warm bowl of meaty deliciousness, with a plate of tortilla chips, and some nacho cheese sauce? It’s the perfect comfort food. Whether you are having a super bowl party or a Monday night dinner, chili is perfect for either occasion.

But, do you know what type of chili a person wouldn’t like? A spoiled one. You had a physically taxing day, after eating a bowl you were too mentally spent and forgot to put the chili into the fridge.

Now, the next day, you are standing by the countertop contemplating whether it is safe to consume this chili that was left out overnight.

Is It Ok to Leave Chili in a Crock Pot Overnight?

Here, we will describe to you three situations in which you will either have to throw the chili away or it will be safe for consumption.

With no electricity, your food will be sitting inside the crockpot at room temperature. Before we go any further, let’s talk about perishable and non-perishable foods. Perishable foods include meat, poultry, fish, milk, cooked pasta, and others. 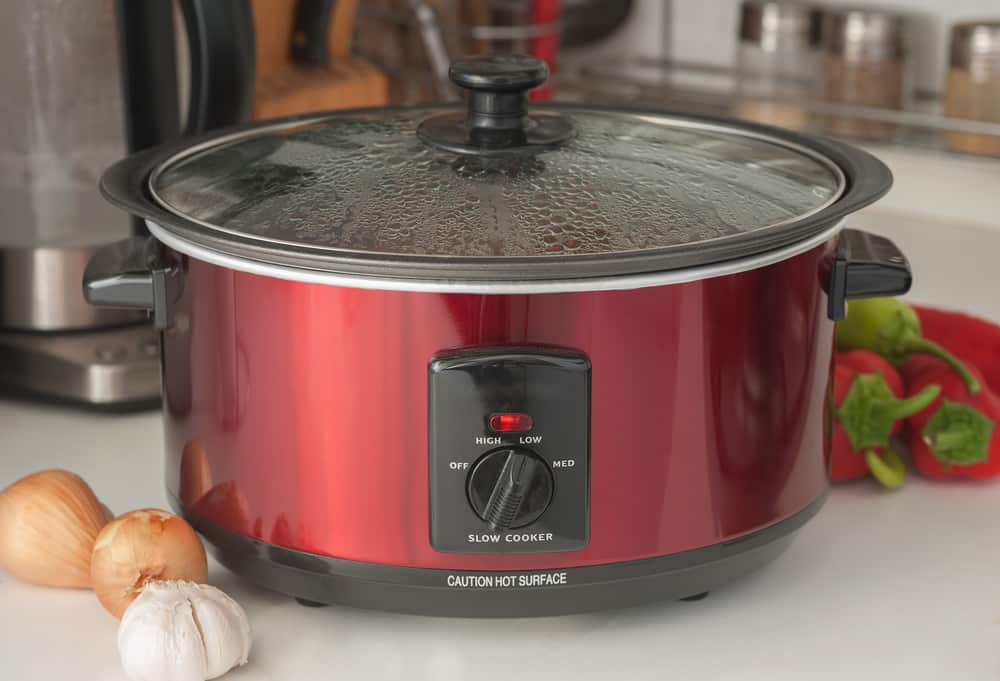 Foods like bread, butter, certain hard cheeses, fruit, and some vegetables are non-perishable foods and can be kept out of the fridge, especially in cooler weather. A typical chili consists of meat, beans, chili, and tomatoes. All of them when cooked are perishable foods.

So, you will not be able to cook them out or identify them through sight and smell. Consuming such bacteria-infested foods can cause food poisoning. Food poisoning isn’t as rare as you may think, either. One in every six Americans gets it annually. About 3000 die of it every year.

Also, if your chili is less acidic and is kept in a hot environment where the temperature is higher than 90 degrees Fahrenheit, it will take less than an hour to grow harmful bacteria. 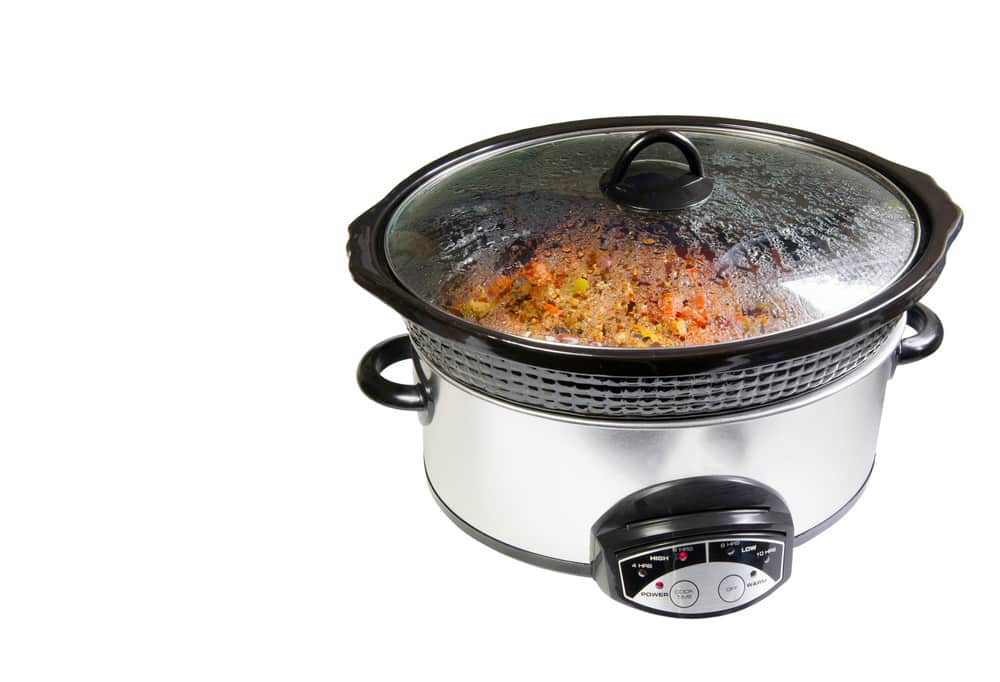 Leaving your food overnight means it will be sitting inside the crock pot for up to 9 hours and without any sort of heat and it will be ruined in 2 hours. You can’t keep your chili for more than two hours inside a crock pot with no electricity!

Some new versions of crockpot come with an option that automatically sets it to warm mode once the cooking cycle has finished.

The warm mode keeps the temperature between 145 to 165 degrees Fahrenheit. If your crockpot has this feature and you are sure that it was on, then it’s probably okay to eat the chili after a 9-to-10-hour period. It’s ok to leave chili in a crock pot overnight on Warm mode.

A crock pot has 3 heat settings – Low, Medium, and High. If you had set the crock pot on a low setting and your chili contains a lot of moisture, meaning the chili is not thick and burned, then you can eat it after a whole night. 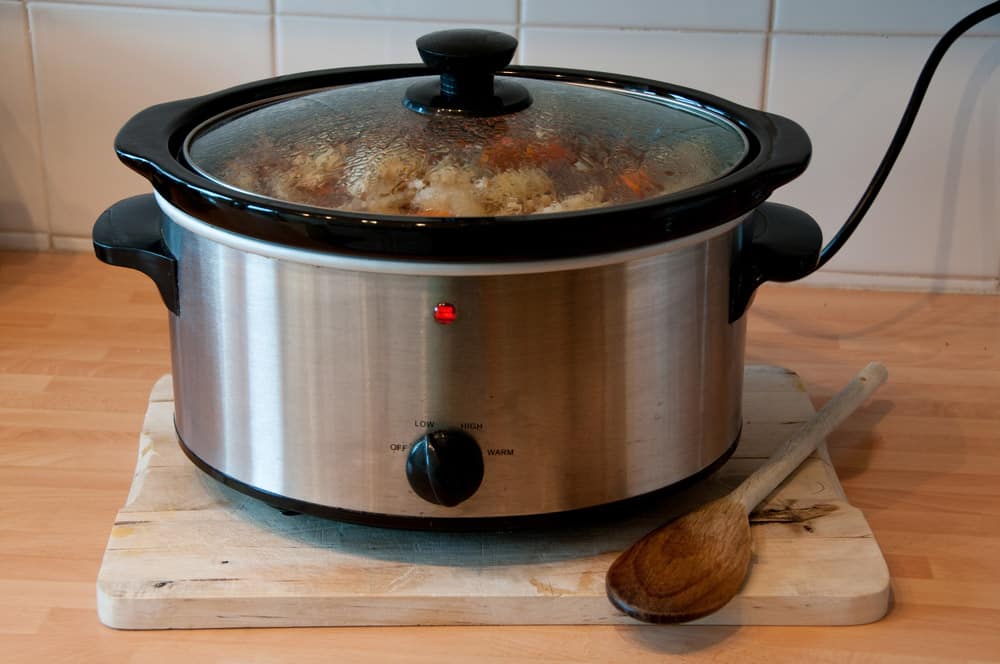 The low setting keeps the temperature between 200 to 300 degrees Fahrenheit, which is well within the safe zone. It’s ok to leave chili in a crock pot overnight on the Low heat setting.

Chili has to be kept at 140 degrees Fahrenheit or higher, otherwise, it will spoil. After you have eaten chili, chill it quickly to stop any bacteria from growing. 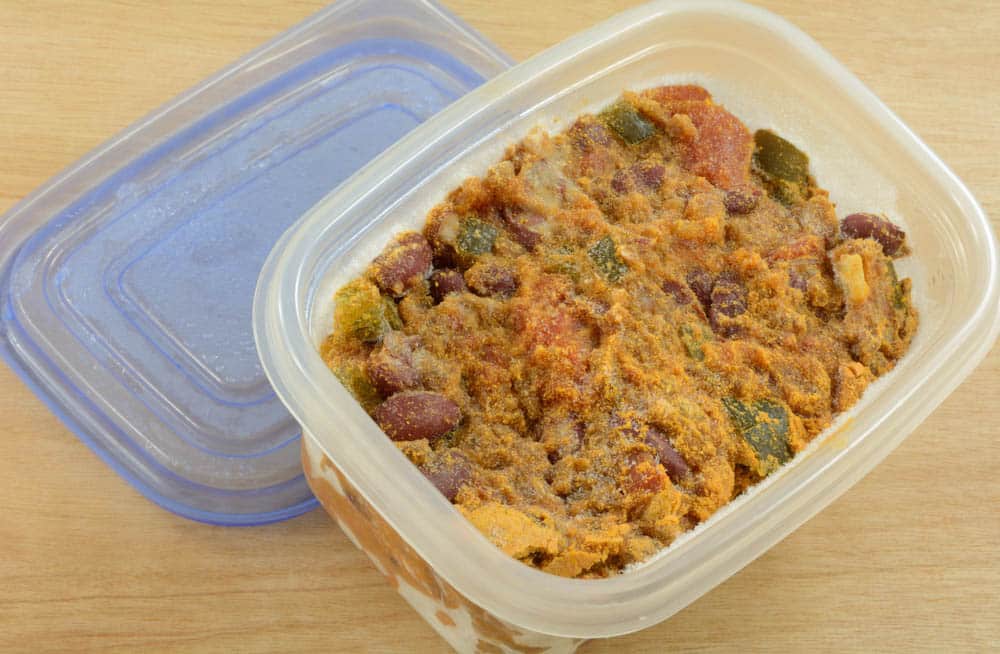 Do not leave it sitting on the kitchen counter. Instead, put any leftovers into a container with a lid and put them into the fridge. Use it within 4 days or freeze it for up to 3 months. If you serve your chili as part of a buffet, serve it in a slow cooker that keeps it about 140 degrees Fahrenheit.

Please be safe with your leftover chili and remember only to eat it if it has been kept hot or refrigerated.