All our childhood, we have been bombarded with the riddles like, “who came first, egg or chicken?” only to find out that adulthood is the same. Well, the riddle is a bit different this time since “is a burger a sandwich?”. With this being said, there is nothing to wonder about because we have all the answers for you!

Is Burger A Sandwich?

Some people often ask if hot dogs and burgers can be considered sandwiches. For this reason, we need to understand what a sandwich actually is. The sandwich can be defined as two or more bread slices with filling in between the slices. However, it could also be split roll with the filling. Consequently, it’s safe to say that sandwich is anything if there are two or more slices with filling.

As a result, we can say that hot dogs and hamburgers are sandwiches (well, technically!). If you look up at the definition, a hamburger is defined as a sandwich with one or more patties of meat (minced or ground beef), which is put inside the buns or bread rolls. The patties are either smoked, grilled, or broiled. Usually, hamburgers use sesame seed buns.

On the contrary, when the hamburger is topped with cheese, it becomes a cheeseburger (yes, just like that). However, some experts suggest that the term burger is also used to refer to the meat patty. Similarly, hamburger goes with beef, but the burger can be prefixed with the meat form, such as bison burger, turkey burger, or even the veggie burgers.

In the same way, we need to understand that it cannot be as simple as this. For instance, when we think of sandwiches, what comes to our mind? Italian sub? Jelly and peanut butter? Turkey club, right? On the contrary, you wouldn’t ever think about the cheeseburger, right? Likewise, when we visit restaurants, sandwiches will always have a separate section rather than mixed with the hot dogs or burgers section.

For this reason, it’s pretty clear that in terms of purpose, burgers and sandwiches might be different. However, both these food items are considered the same when it concerns the classification.

Sandwich – What Is It?

Burger – What Is It?

A burger is defined as around minced beef patty (other ingredients can be used as well for making patties. These patties are either grilled or fried to be added to the rolls or split buns. In addition to patties, the burgers are made by adding various veggies and slices (some people add cheese slices as well).

Differences Between Sandwiches and Burgers

To begin with, the prime difference is that the burger is made by putting the filling (patty, you know) in the two bun slices while the sandwich is made by placing meat and veggies on the bread slices (usually, the flatbread is used). So, burger uses the bun while sandwiches use flatbread slices. In addition to this, the cooking requirement differentiates burgers and sandwiches.

For instance, making sandwiches is easier since it requires little to no cooking. Even if you have to add the ham, it is usually pre-cooked, which is why it’s not considered. On the contrary, the burgers require cooking since you have to fry the patties, heat up the buns, which makes adds up to cooking. Thirdly, the shape differentiates both of these items.

To illustrate, burgers are usually round or cylindrical while there are various shapes of sandwiches. Ranging from rectangle to triangle, sandwiches have various shapes. In addition to the shapes, ease of preparation will offer the differentiating factor. In simpler words, the sandwiches are easier to prepare while burgers demand cooking.

The bottom line is that technically, we can call burgers and sandwiches the same thing. However, there are various factors that variate sandwiches from burgers. 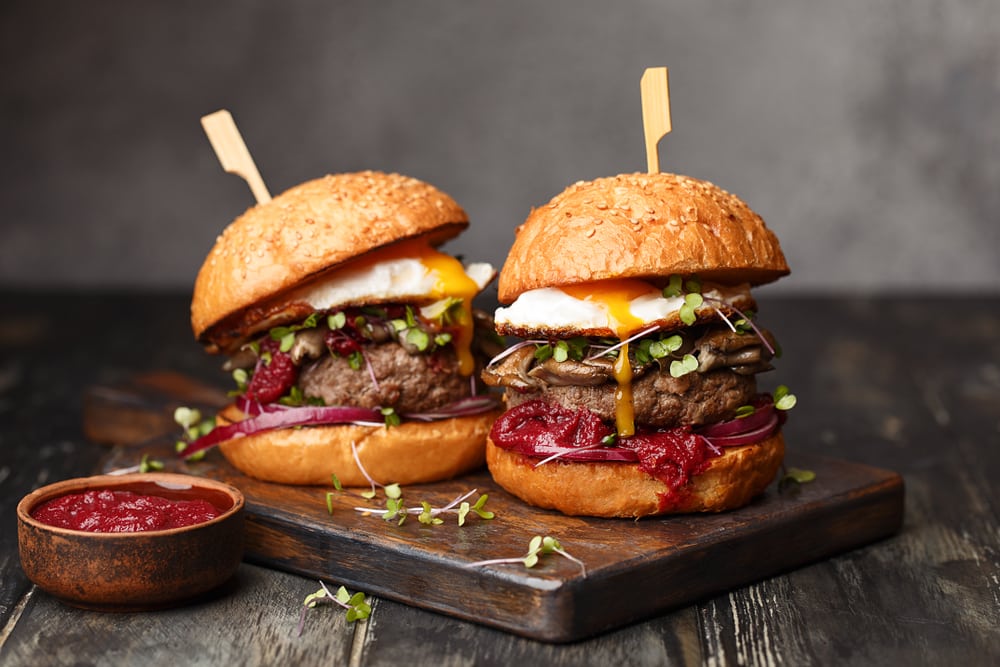