Rajma is an Indian dish that consists of red kidney beans in a gravy with Indian spices. Rajma is usually served with rice. Rajma is a popular dish in North India.

Many people boil rajma since this is one of the healthiest cooking methods. Most people think that they need a pressure cooker to boil rajma. This is not true.

While a pressure cooker makes preparing rajma much easier and faster, you can use an ordinary pot to make rajma if you heed the tips discussed below.

Making rajma without a pressure cooker will require some trial and error, but it will yield a delicious pot of food if done correctly.

Soaking the beans before cooking is important because it will help lower the cooking time. You will need to soak the beans for a minimum of 30 minutes but preferably overnight.

Cooking unsoaked beans is a lengthy process and will result in an over-caramelized rajma gravy or hard, undercooked kidney beans. When soaking your beans, you should cover the beans in 2 inches of water.

Add 2 tablespoons of salt for every pound of beans. Rinse the beans before adding them to your rajma gravy. It is best to use raw kidney beans for rajma.

It is possible to make rajma with pre-cooked canned beans, but it will not have the same flavor and texture that raw beans do. If you decide to use canned kidney beans, be sure to rinse and drain them before adding them to your rajma.

2. Put the beans in a saucepan and add more water

There needs to be a three-to-one ratio of water to beans. In other words, you should be using 3 cups of water for every cup of beans. Try to use a saucepan with a sturdy lid and place the beans inside.

When using a pressure cooker, you would need to cook the beans for around 45 minutes. If using an ordinary pot, cook the beans gently with the lid for a few hours until they are soft. Drain the beans and set them aside to add to your rajma later.

You can use an ordinary pot to sauté your onions and spices. Once the spices are fragrant, add the tomato to your rajma sauce, and allow it to simmer for around 15 minutes. Once your tomato is partially cooked, you can add your pre-cooked beans and water to the mixture.

Rajma is a delicious Indian dish that can be made even if you don’t have a pressure cooker. While making rajma will be much quicker with a pressure cooker, you can make it just as well in an ordinary pot.

If you use raw kidney beans, boil them in your pot until they are soft and set them aside. Cook your rajma sauce and add your pre-cooked beans to the sauce. 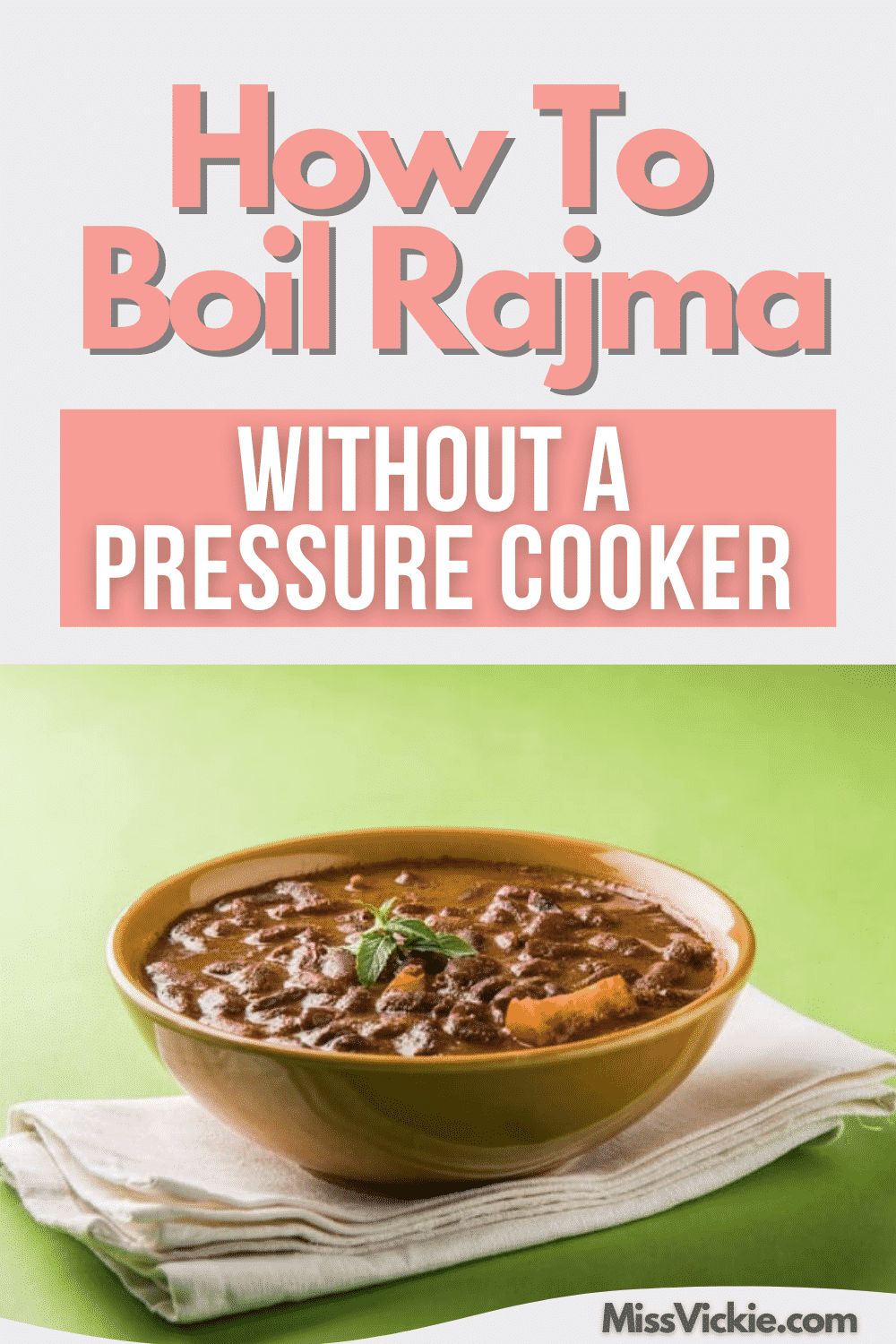