How Are Pressure Cookers Made?

The increase in pressure consequently raises the boiling point of water, which drops the cooking time considerably. All pressure cookers maintain the same mechanism for preparing food. Despite this similarity, there are several notable differences in design and features among various brands, models and manufacturers.

Basic Parts of a Pressure Cooker

Lids are designed differently depending on the brand in question. If you turn over the lid of some pressure cookers, you might notice a small basket that is put there to prevent food from reaching the pressure valve. Some brands also add a false ceiling to keep these critical components of the pressure cooker safe and free from blockage.

If the sensor detects excessive heat inside the pot, it will automatically shut itself off. The programming panel consists of all the pre-set programs and buttons that are used for operating the pressure cooker. Different models and manufacturers have differently designed panels as well as some similar programs.

The inner pot of the pressure cooker is where the food is actually cooked. The pot can be made from different materials including ceramic, stainless steel and aluminum. The inner pot is usually removable and can only be filled to a maximum level for cooking to occur properly and to prevent the safety mechanisms situated on the lid from spoiling. 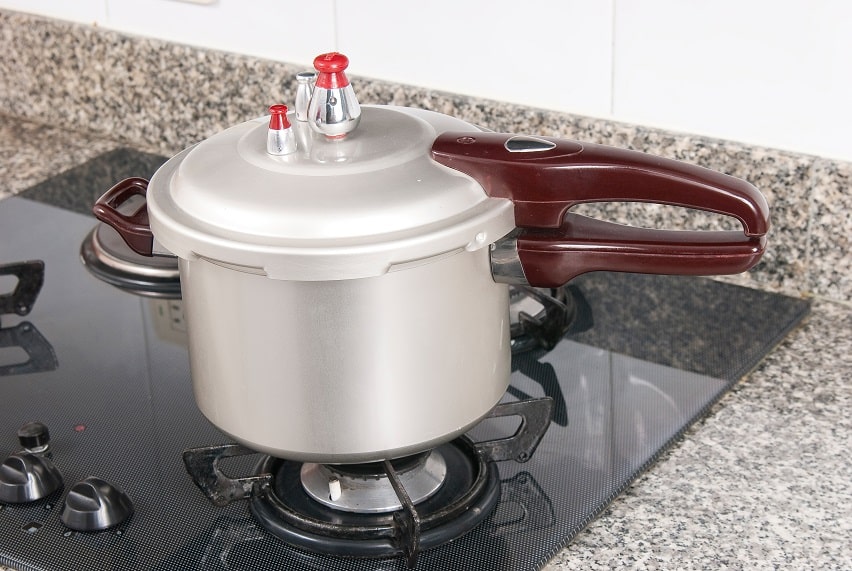