Hatch chile is also known as New Mexican pepper. It gets its name from the area it is harvested. Although highly popular in Mexico, they are now being extensively used in the States. These peppers are hot depending on the variety you are using but a typical range is 1000-8000 Scovilles.

They offer a balance between sweetness and heat. Hatch peppers are used in various sauces, soups, and stews. Use them for making stuffed peppers or roast chile, you will love them. However, if you can’t find any, then go through our hatch chile substitutes to find the right match.

The time of harvesting these peppers is in August and September only. The taste is earthy owing to the rich soil in which these peppers are grown. When eaten raw, hatch chile has a spicy flavor with a crisp texture. However, roasting them gives them a smoky and buttery taste.

Whether you choose the red or green chile, both have a rich and flavorful taste profile. Both the red and green hatch chiles are dried and made into a powder to be used in red chile sauce. The versatility of these peppers is often undermined. Besides, sauces, you can top burgers or add to apple pies too.

Named after the city that made it famous, Anaheim is famous in both Mexican and American cuisines. It has a mild heat of 500-2500 Scovilles. These are versatile and commonly used pepper in the US. It comes in multiple ranges of colors but green is mostly consumed. The red ones are used to make ristras.

If you know a little about peppers, you would know about chile relleno. Anaheim peppers are used in making this classic dish. This pepper is found in canned form, so it can be easily added to any dish. Owing to its heat, taste, and uses, Anaheim is a good substitute for hatch chiles.

This pepper has a low heat with a maximum of 1,00 Scovilles. Its flavor is sweet, vibrant, and has a crispy texture. The walls of this pepper are thin making them an ideal candidate for stuffing, baking, or even grilling. They are picked when unripe and have a green color at this time. You can make an easy meal by pan-frying them in olive oil.

These also fall in the milder heat range of 1000-2000 Scovilles. The best way of making use of poblano is by peeling and seeding it after the cooking process is complete. The unripe, green poblano is less spicy than the ripened form.

Serrano pepper is a meaty pepper known for its bright flavor and high heat. Just like hatch chile, you can roast serrano pepper and it will give you a smoky and earthy flavor. They can be used in sauces, salsa, and salads. These Mexican origin peppers cannot be dried like hatch chiles.

Serrano has various varieties with colors ranging from yellow, orange, red, and brown. It has a spicier taste than a traditional jalapeno. Thus, you can use serrano in dishes where you require a hot hatch chile substitute.

These hot peppers are used in Caribbean cuisine mainly. Along with high heat, scotch bonnet has a sweet and fruity taste. With the heat of 80,000-400,000 Scovilles, it can be consumed as a whole, copped, or sliced in various dishes. It is used to make the famous Caribbean pepper sauce. You can chop it and add while cooking a dish, or season meat and fish to add a strong flavor.

These have colors from yellow to red and even brown upon ripening. Although the heat range is astonishingly high from hatch chiles, you can substitute them if you are looking for a hot pepper.

Thus, we could say there are multiple decent hatch chile substitutes. You can choose from any of those mentioned above according to the need of your dish. Anaheim is considered the closest alternative, but others can do the trick in time of need. 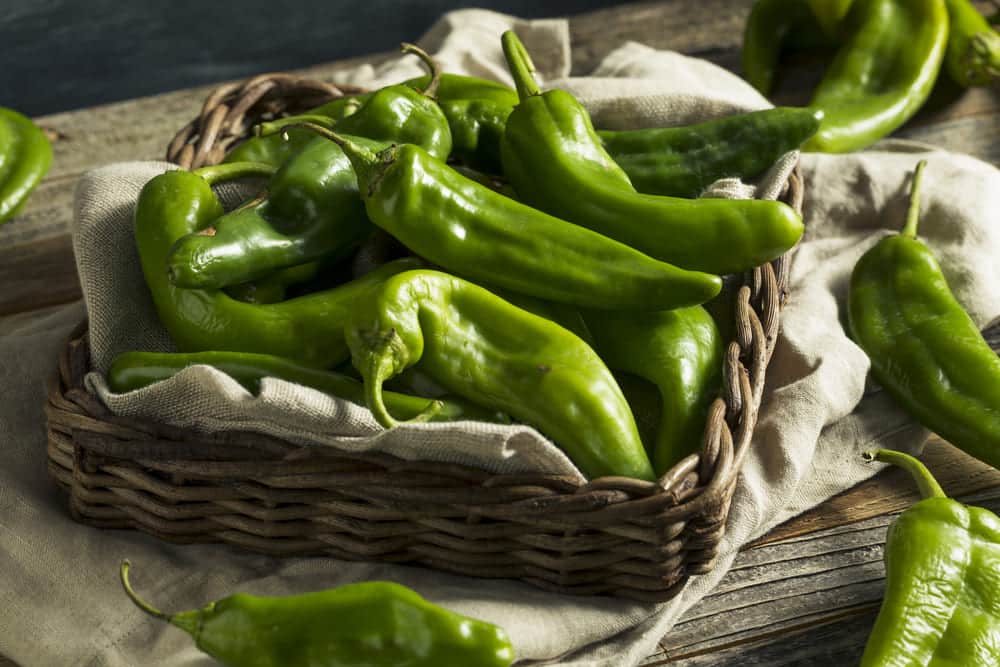