What are Poblano peppers?

Poblano peppers are a form of chili pepper that is mostly found in New Mexico.

When unripe, they’re dark green in color but a dark reddish-brown once ripe. When ripe and dried, they’re known as anchos. They’re sort of heart-shaped – wider at the stem and narrow.

Poblano peppers are similar to other peppers in many ways with their earthy, warm flavor. They are not very hot but are only mildly spicy.

A good substitute if you don’t have any Poblanos is bell peppers.

Do Poblano Peppers Need To Be Peeled?

The answer to this question is yes and no. If you are chopping these peppers to use them in a chili or stew type of dish, there is no need to peel them. However, as with bell peppers, the skin becomes papery and difficult to swallow when they are roasted.

The skin has very little nutritional value, so apart from perhaps losing a little bit of fiber by peeling them, it will really not make much difference. Conversely, the skin does not contain anything harmful and is edible as with any other pepper or chili.

Before we wrap it all up, let’s discuss a number of ways you can use Poblanos. They have a spicy fruitiness that adds depth of flavor to many dishes. As with any other peppers, Poblanos can be eaten either raw or cooked. 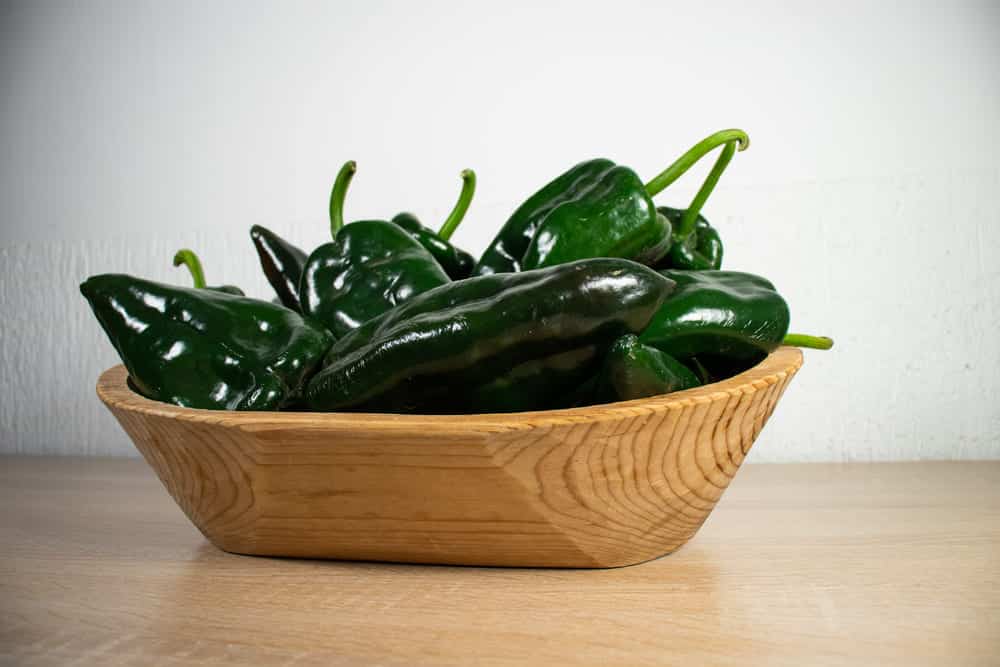 How to peel poblano (or any other) peppers

It is a good idea to wear a pair of disposable gloves when working with peppers. Although Poblanos aren’t very spicy, some people find that they irritate their skin. Be careful not to rub your eyes.

Once done, lay them on a clean cotton dishtowel and put everything into a plastic bag. Allow them to sweat for fifteen minutes or so.

You will now be able to peel the loosened skin off easily. Once peeled, cut the chilis in half and scrape out the seeds. Your peppers are now ready to use in a variety of delicious Mexican dishes!

Whether you peel your Poblanos is a matter of taste and preference. There is no health concern related to eating their skins. 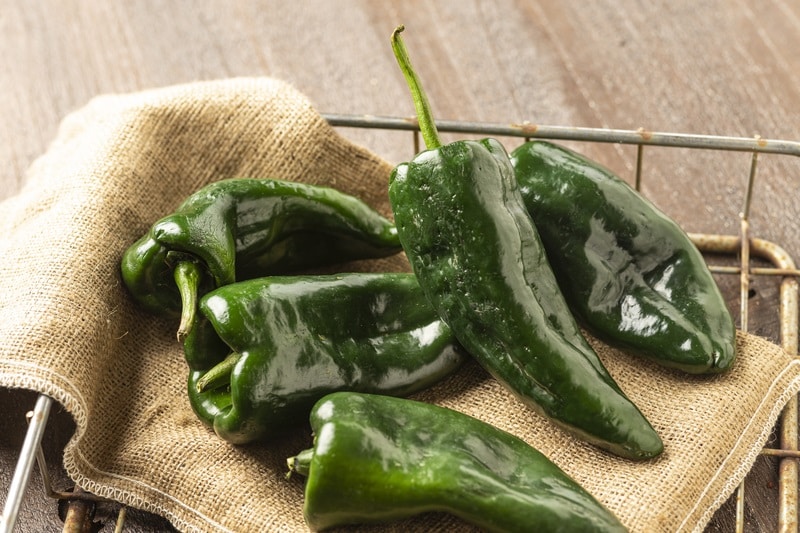