With all of the food you prepare, cooking can become very time consuming and it can thus be hard to find a time in your day to set aside for eating. This is especially true if you are wanting to eat healthier. Because of this, finding quick and convenient ways to cook is key to ensuring that you are eating the best foods.

Convection oven vs pressure cooker: a comparison on some of the best and fastest ways to prepare food. While they both complete the task of cooking and preparing food, they both do it in very different ways.

While convection ovens are used in excess in most kitchens, they are not the most efficient way of cooking. This is due to the fact that air itself isn’t a great conductor of heat in general. Because convection ovens use heat to cook food, you have to raise your convection oven to a much higher temperature. Have you ever noticed that a boiling pot of water is hot to the touch, but you can stick your hand into an oven four times the heat and be fine? That is because it is not as good of a conductor or heat.

Pressure cookers, on the other hand, cook food using high levels of pressure that is built up by boiling water or other water-based liquids. Water is a much better conductor of heat than air, so pressure cookers can do the same job at a much lower heat. For example, most pressure cookers have a maximum limit of around 200 degrees Fahrenheit which is significantly less than what is found on a convection oven.

When you place the two side by side, it is obvious which one is more efficient and faster at preparing food, though it can be an investment. Pressure cookers are the obvious choice if you are looking for something that can get the job done quickly and easily. Convection ovens, on the other hand, will take a significantly longer time to heat up and cook the food because you are comparing water to air, and the air is a much worse conductor of heat.

On top of that, most kitchens already come with an oven, so buying a pressure cooker on top of that would be an additional investment that is not cheap. If you can invest in it, however, it is worth the price because you will no longer have to cook and prepare foods for extreme amounts of time. 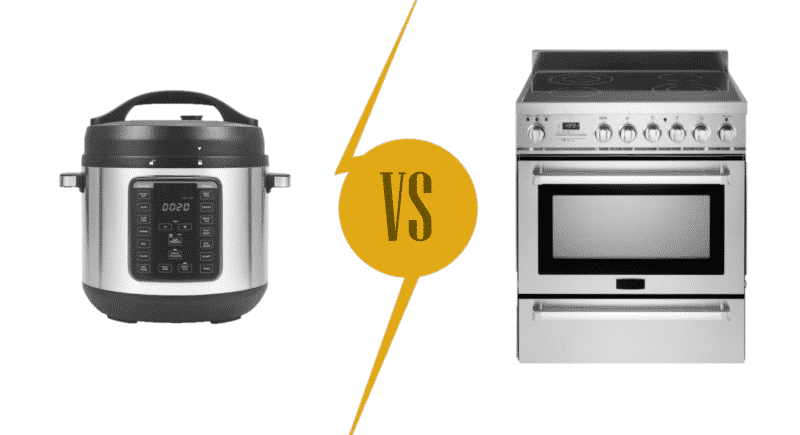