Vinegar is an important ingredient in any kitchen out there, which absolutely goes without saying. It’s something that is used in a huge variety of different dishes.

This counts for regional food from all around the world, but one of the most widely used examples, in general, would definitely be Chinese food.

There’s no skipping vinegar in Chinese food. It has a ton of applications, and this is exactly where there are so many different variations that originate from the country.

We’ve got a comparison of two of the most popular Chinese vinegar variants out there, namely Chinese black vinegar vs. Chinkiang vinegar. Many think they’re exactly the same thing, but there are slight differences. Let’s take a closer look.

Sitting with multiple options before you and not sure which to pick? Once you’re done with our wrap-up of Chinkiang and black vinegar, you’ll know exactly which one is better suited to your taste and household. 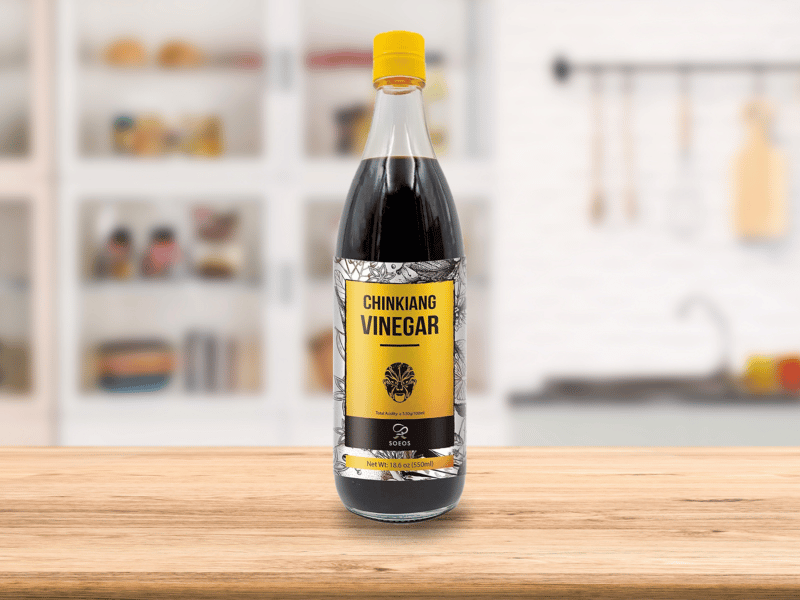 The ultimate Chinese black vinegar for many is Chinkiang vinegar. They’re no denying just how rewarding that boldness of flavor is.

Here is a breakdown of everything you can expect from this ever-popular, world-famous vinegar and how it compares to standard black vinegar.

What Is Chinkiang Vinegar?

Chinkiang Vinegar is a variety of black vinegar that presents a complex aromatic acidic sauce made from either fermented black sticky rice or regular glutinous rice.

The Chinese staple black vinegar originates in the city of Zhenjiang in Jiangsu province, which is situated on the riverbank of the Yangtze River in Eastern China. 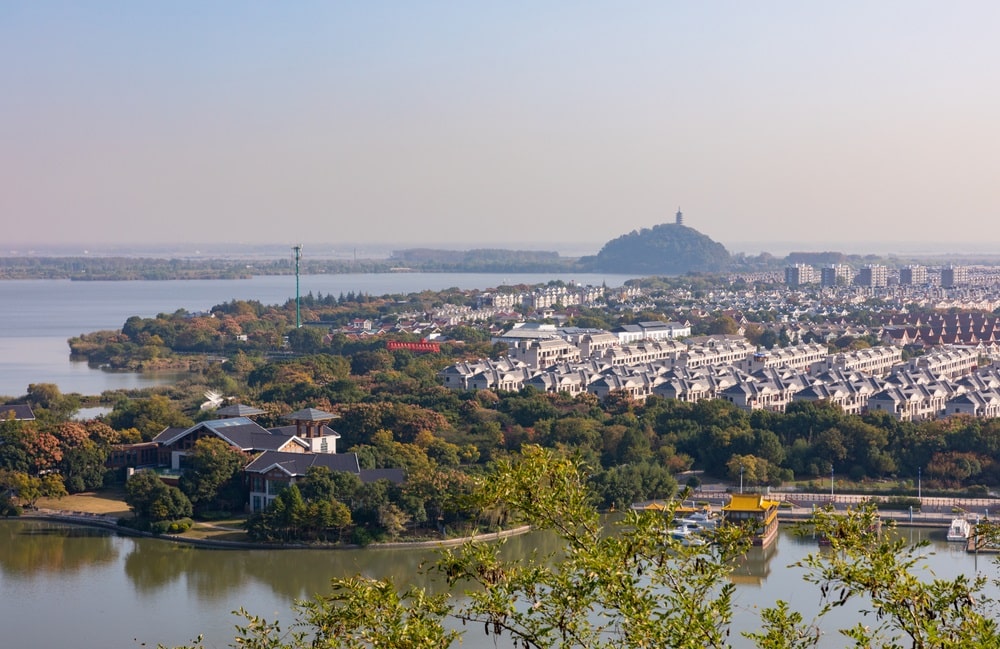 Most people barely know about the other ones due to this one being highly popular and widely used.

Chinkiang vinegar is praised for having a richer, stronger, and more complex flavor than other varieties of black vinegar.

There’s mild lingering sourness with acidity comparable to regular white vinegar except with a malt-like base and umami sharpness that’s offset by a slight fruity sweetness.

Instead of being rich, savory, and boldly sweet, the sweetness accentuates the other flavor notes granting excellent depth of flavor as compared to a regular black vinegar, not of the Chinkiang variety.

It’s the balance of sweet and sour while remaining intensely strong that makes Chinkiang vinegar such a popular type of black vinegar.

Expect a rich, dense, syrupy texture that remains pourable from Chinkiang vinegar. It is thin enough to reduce into a sweet sticky sauce but thick enough to use for dipping as-is.

Just like any other black vinegar, Chinkiang Vinegar is favored for adding acidity and sweetness to any dish where it’s needed. It is particularly popular as a sauce for Chinese braised meals because it cooks down to a sticky-sweet sauce.

Most popular brands of Chinkiang vinegar that are produced in the city of Zhenjiang retail for between $15.50 and $18 per 18.6-fluid-ounce bottle online.

Any variety of Chinese black vinegar will work in place of Chinkiang vinegar. Otherwise, Shanxi Aged Black Vinegar (山西陈醋) and Baoning Vinegar保宁醋）from Sichuan are your next two best options.

The original condiment that spread from China to the rest of the world that Chinkiang vinegar made popular is called black vinegar, and there are countless brands and varieties out there.

Here is a closer look at black vinegar and what you can expect to find in today’s markets.

What Is Black Vinegar?

The exact origin of black vinegar remains a mystery. It has been in widespread use across China for as long as Chinese cuisine has been documented.

All varieties of black vinegar have a bold, malt-based flavor with light acidity, less than one would expect from regular spirit vinegar and a lingering sweetness that is only slightly detectable in the background.

The flavor of most varieties of black vinegar is going to be far more subdued than the intense, strong taste of Chinkiang vinegar. 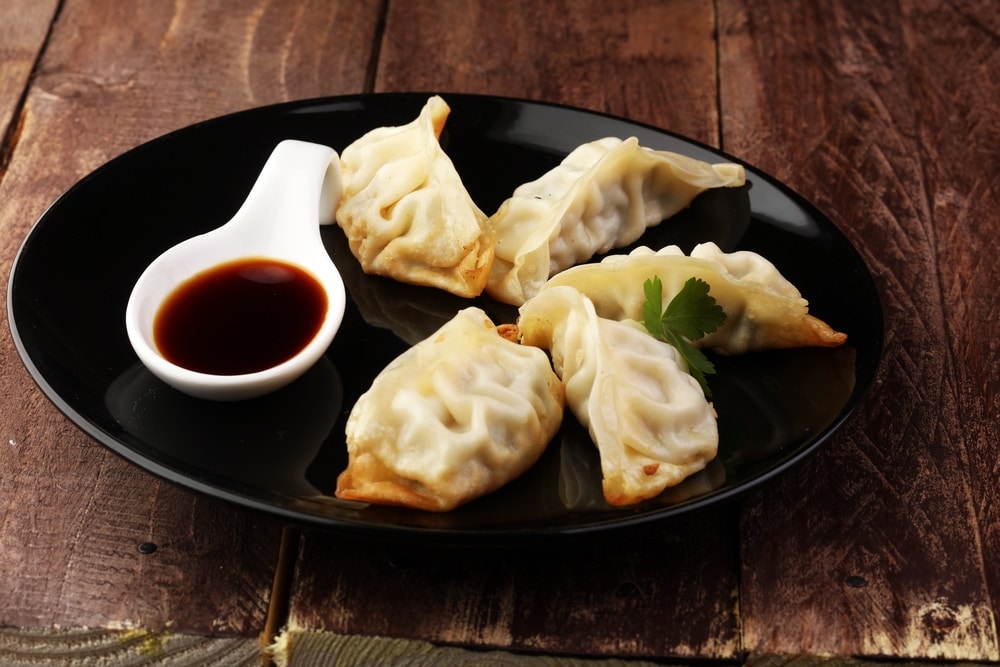 Black vinegar is rich and syrupy while still remaining pourable. It’s a little more viscous than dark soy sauce but not as thin as regular vinegar or rice wine vinegar.

Just like its regional counterpart, black vinegar is a must-have ingredient in Chinese braised dishes. It is a condiment that adds umami sweetness and a little acidity to whatever it’s combined with.

From using it directly as a salad dressing or a sauce atop whatever may be preferred to using it as a marinade, thanks to the way that it reduces to a sweet sticky sauce, black vinegar is very versatile.

You’ll find brands that are both thicker than Chinkiang Vinegar and those that are thinner available.

Black vinegar has a surprising number of uses, as it’s much more than just an ingredient used for food.

Chinese black vinegar varieties, including Chinkiang vinegar, also have lots of applications in the medical field and are commonly used as treatments for physical ailments like rashes, internal infections, and even bone fractures in some specific cases. 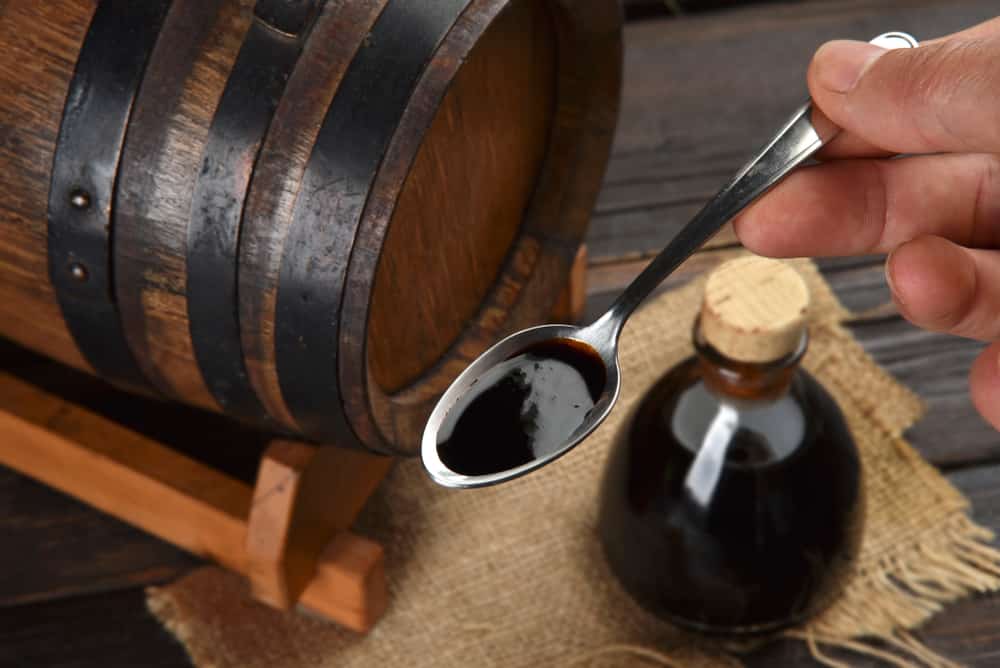 The price of black vinegar depends on the quality and the brand. Expect to pay roughly the same price as Chinkiang vinegar, if not a little less, due to buying a less widespread brand.

Many consider Chinkiang vinegar to be the very best type of black vinegar available, making it the go-to choice for anyone out shopping.

Otherwise, white rice vinegar, rice wine vinegar, and even balsamic vinegar can be used in limited, controlled quantities as alternatives.

What Is The Difference Between Chinkiang Vinegar And Black Vinegar?

Which is Best, Chinkiang Vinegar Vs. Black Vinegar?

Now that you understand that Chinkiang is but one type of black vinegar, you’ll also know how to pick a winner between Chinkiang vinegar and black vinegar.

Go for the leading brand, Chinkiang vinegar, if it’s available but feel free to opt for any other type available, especially if you’re looking for something with a thinner texture or lighter overall taste. 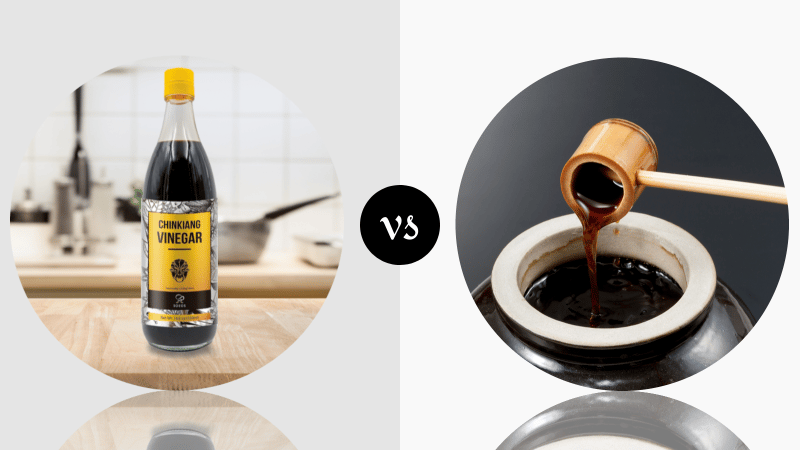