Bacon is salt-cured pork extracted from the pork belly. It is usually eaten during breakfast or as a side dish. Most people also add it to their sandwiches. It’s a recipe that is used around the whole world. However, Muslims and Jews don’t seem to eat any form of pork. This is because their religion prohibits eating pork. Therefore, they have bacon made up of beef, chicken, or lamb.

There are numerous ways of cooking a slice of bacon but the most common are chewy bacon and crispy bacon. Both are good in their own way. They have different textures and cooking methods. If you are wondering which type of bacon you would prefer, then this article will provide you with a comparison of chewy bacon vs crispy bacon to help you find the best fit for you assisting you to differentiate between them.

To cook perfectly chewy bacon, it is preferred to preheat the oven to 191 degrees Celsius, place the bacon into the pan with a foil in it. Roast the bacon for 15 minutes on one side, flip the bacon with the help of a tong. Bake until bacon is fully cooked. Keep an eye on the bacon to avoid overcooking it.

With a little practice, you should be able to cook perfect chewy bacon. While it isn’t necessarily hard to cook this particular form of bacon, you will have to keep watch for the timings as well as the temperatures.

As the bacon is cooked, the fat in the bacon melts down making it crispy. In this way, the crispy bacon has less fat content. Because of this, it is more healthy than other types of bacon. Also, it is cooked for a longer time due to which it has a darker color.

The best way to cook crispy bacon is by cooking it in the oven. It gives you a perfect crisp and a delicious flavor. It is easy to cook and provides you with the advantage of doing something else while your food is cooking and assists you to manage your time.

Apart from helping you save more time, you will, however, have to keep watch for the bacon. Make sure you don’t overcook the bacon in any way. Leaving it unattended for longer periods of time will end up completely ruining the whole meat.

Which One Is Better?

On the debate of which one of these two is the better choice for you, it all boils down to personal preference. Whether you prefer chewy bacon or crispy bacon is a matter of trying them both. Only after then, can you have a better idea of which suits you better.

The article provides you with a comparison of chewy bacon and crispy bacon to help you find the best match for you. The bottom line is that both have completely different tastes and textures. It is really up to you. We hope that the article has helped you in finding out what works best for you. 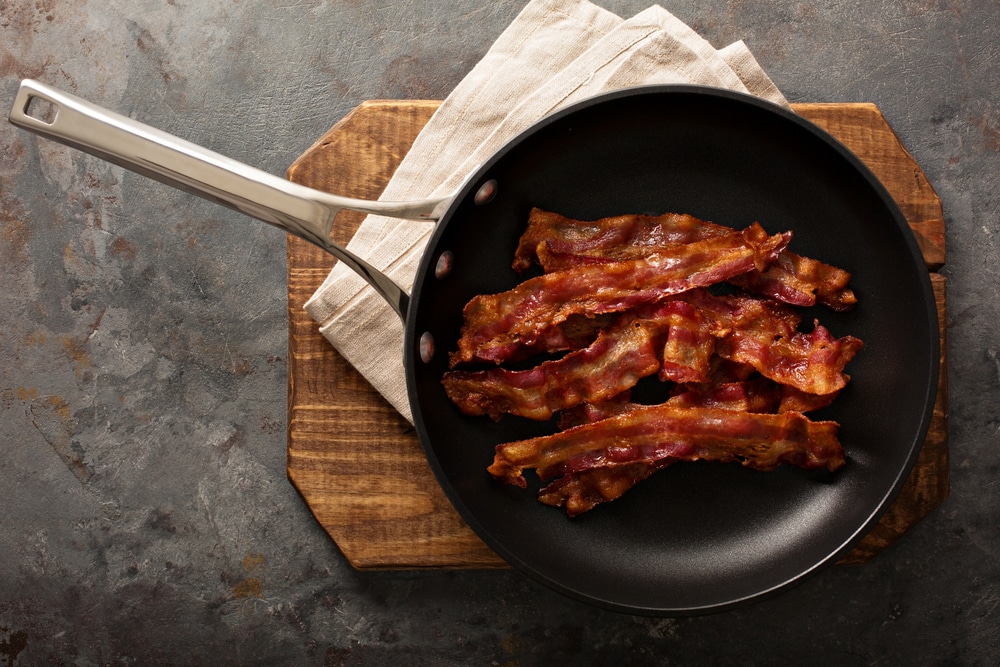