Many recipes mention white beans. However, it can get very confusing when you have to decide which you’re supposed to pick whilst browsing the aisles of your local grocery store.

Most canned beans don’t come with a long description that tells you precisely which type of beans are contained within. At times, a ‘white beans’ label and an accompanying image will be the only description you get. 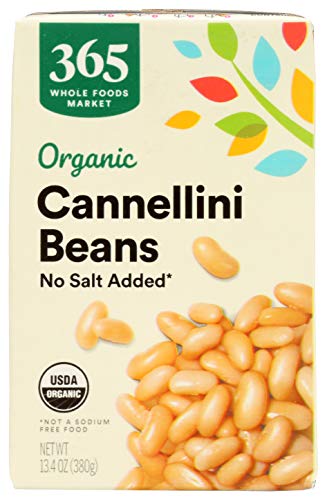 Are Cannellini Beans And The Great Northern Beans Different?

Yes, absolutely – cannellini beans and the great Northern beans are different despite both being from the pole bean family.

They can’t simply be considered good protein sources with different names because each has a distinctly different taste.

This doesn’t mean that they aren’t interchangeable, but before you can judge which is best for your recipe, you need to understand the similarities and defining differences. 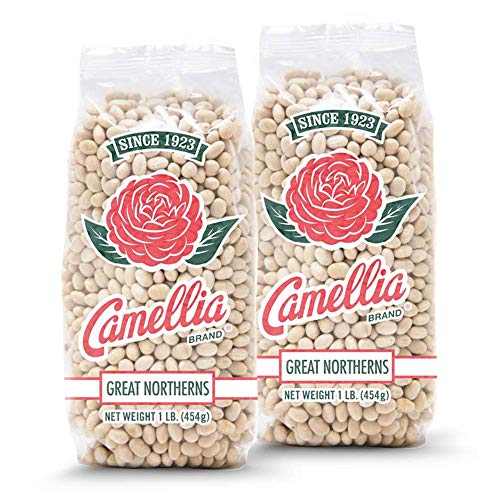 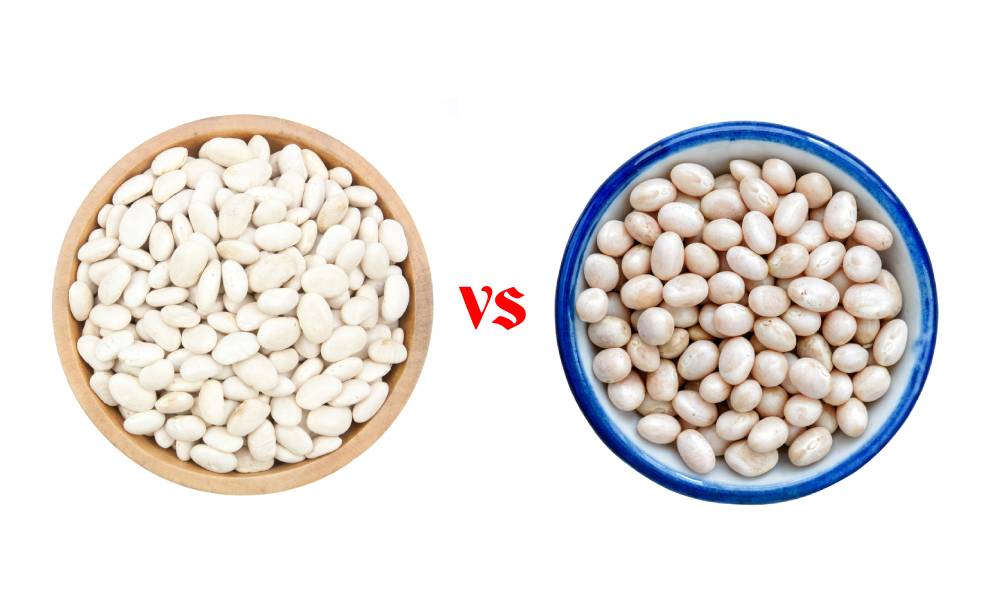 Both beans are a close match to each other. Even the taste of cannellini beans and Great Northern beans are pretty similar.

Each contains a high concentration of soluble fiber with a very low amount of fat and almost zero cholesterol. This makes cannellini and great northern beans excellent additions to a healthy, well-rounded diet.

Recipes that mention white beans can be confusing because both cannellini beans and the great northern beans are white and pretty much similar in taste.

We all know that beans are legumes and legumes are one of the best gifts that nature has given to this world. You can have beans added to any recipe, including main dishes or desserts.

All of these similarities make cannellini beans and great Northern Beans quite interchangeable and pretty much similar. However, there are a few differences between them as well.

Both varieties of beans are interchangeable in most meals, granting a similar texture and taste. Here’s a comprehensive breakdown of the differences between Cannellini beans and Great Northern beans. 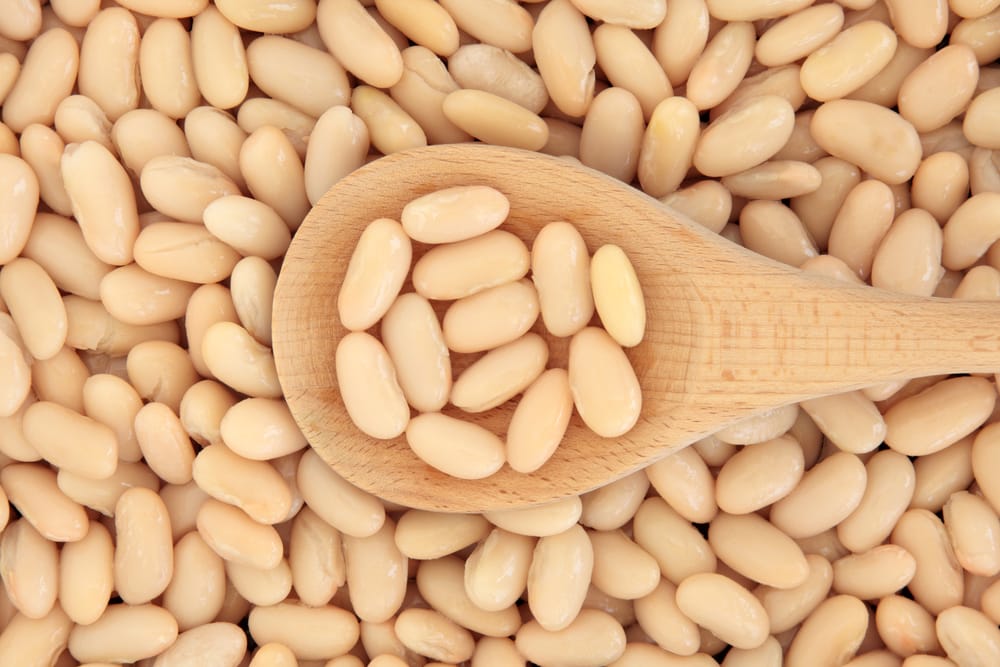 Whether you’re making pasta, soup, stew, or salad, Cannellini beans are an Italian staple that no kitchen can go without. Let’s take a closer look at what makes these large white beans so unique and sought-after.

Cannellini beans are remarkably similar in size and appearance to white kidney beans.

Cannellini beans have a mild nutty flavor and are meatier than Great Northern beans.

The outer layer of cannellini beans is thick, and the inside is meaty and tender with a creamy texture. They hold their form and retain a fairly solid consistency when cooked.

Cannellini beans come packed with nutrition. At 17 grams of protein, 0.6 grams of fat, and 242 calories, they give the average 150-pound adult roughly a fifth of their protein intake per serving.

As a firm bean that holds its form and consistency well, cannellini beans are popular in stews, soups, salads, and chili.

The nuttiness adds dimensions of flavor to meals with chicken and fish while tasting just as great in minestrone. Italian recipes favor cannellini beans, featuring them in a large number of dishes.

Cannellini beans are highly affordable but more expensive than Great Northern beans, pricing in the region of $1.5 to $2.50 per pound on average in the USA. 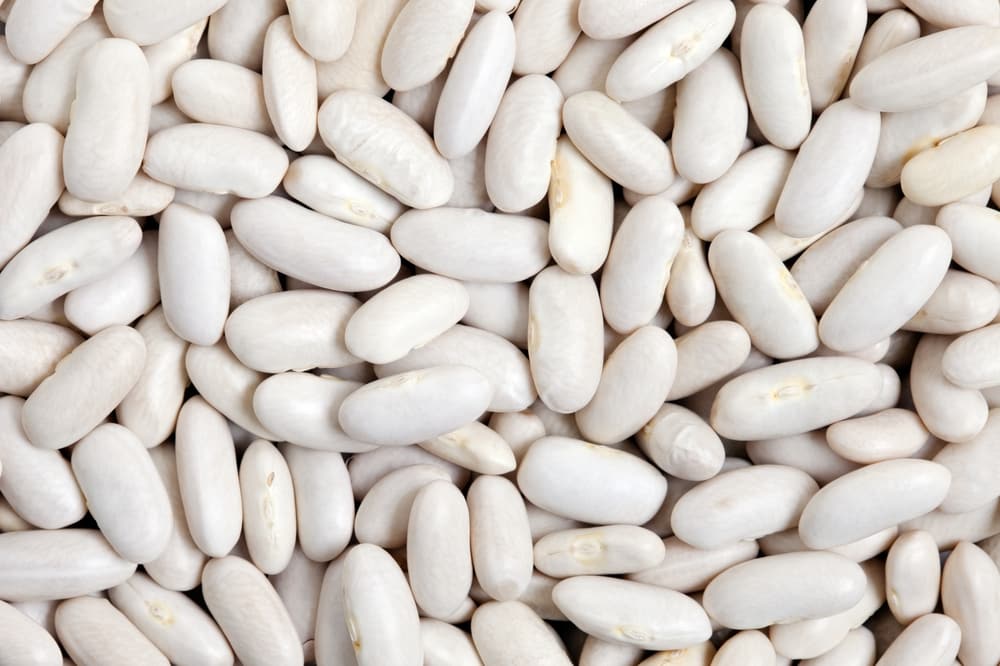 Delicate Great Northern beans, with their grittier texture, are preferred by some over Cannellini, but it all depends on the consistency your recipe calls for.

Affordable, tasty, and tiny enough to be included in all types of meals, let’s take a closer look at what makes Great Northern beans special.

Great Northern beans are much smaller than Cannellini beans and slightly flat, similar to Lima beans.

As medium-sized beans, they’re bigger than double the size of black-eyed peas and roughly half the size of regular kidney beans.

Great Northern beans are white small, slightly flat, and oval-shaped. There are no markings whatsoever.

Just like cannellini beans, Great northern beans are nutty but with a less intense flavor. Delicate and subdued, they’re less “beany” than other varieties, which makes them one of the most versatile options out there.

The thinner skin and more delicate flesh give Great Northern beans a slightly grainier texture than cannellini beans. Expect less creamy flesh and a bean that often cooks away easily rather than retaining its form.

Each serving gives you 118 calories, 21g of carbs, and 7g of fiber. They’re lower in calories but also lower in protein, arriving at 8.3g per 100g of beans.

The mild indistinct flavor of Great Northern beans makes them a very versatile ingredient that takes the taste of whatever spices of stock you add while cooking them.

You’ll also find that the light nuttiness is ideal for bean dips and mixed bean salad while suiting all tips of stews and soups as well.

Great Northern beans are slightly cheaper than Cannellini beans, pricing between $1 and $2 per pound on average in the USA.

Which Is The Best – Cannellini Beans Or Great Northern Beans? 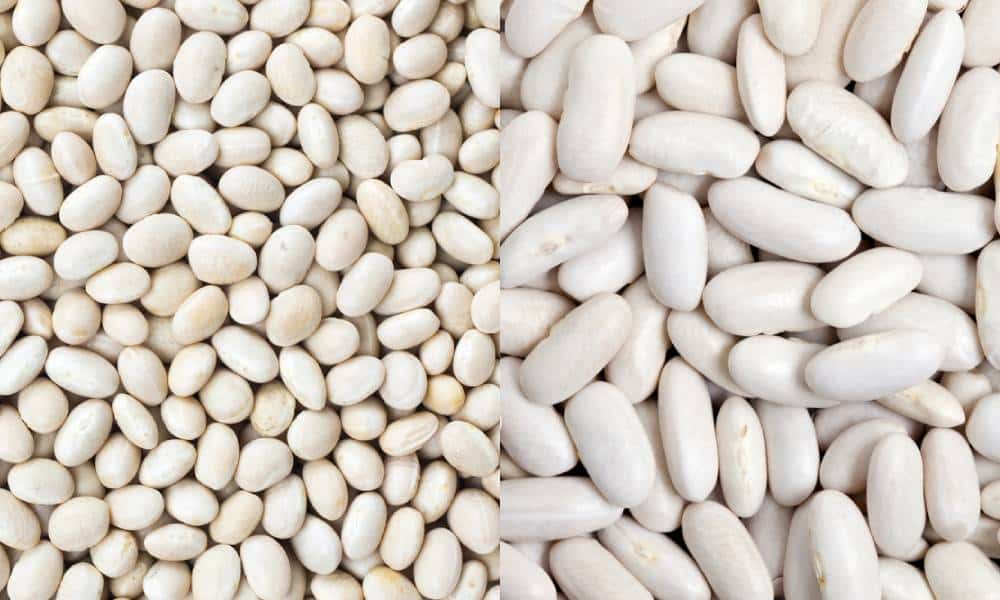 If you still can’t decide which to buy between Cannellini beans vs. Great Northern Beans, we suggest considering the size that you need.

Both beans taste similar and cook in just about the same amount of time. Picking according to size simplifies things now that you know all the main differences between these two types of delectable beans. 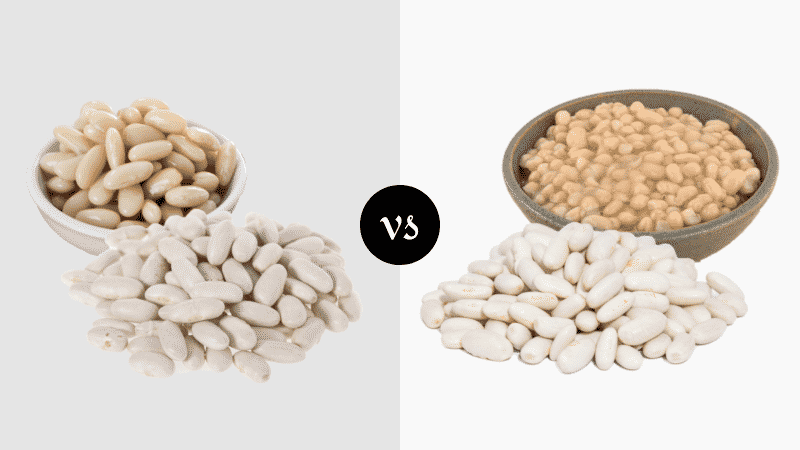