Baking is the most joyful activity; the fragrance of freshly baked cookies is unmatched, right? But imagine not being able to bake because you are out of shortening. For this reason, many people question, “can you substitute lard for shortening?” We have all the answers for you in this article, so let’s read and get to baking!

Can You Substitute Lard For Shortening?

Yes, you can absolutely substitute lard for shortening, and it’s an acceptable choice. Before we begin with the details, you need to know that lard is an animal product, so it’s not for vegetarians. As far as the frying is concerned, lard goes fine with deep frying. Also, lard tends to spatter very less, which makes it a safer option as well.

To begin with, lard is made out of pure animal fats while shortening is made from vegetable oil. Shortening is famous as a shelf-stable and affordable option. When it comes down to baking, lard and shortening work the same (producing the flaky layers!). The most intriguing factor is that lard is more flavorful and richer. In this section, we are checking out the differences between lard and shortening!

To begin with, lard can be considered the elder sibling of butter. Lard is generally made from rendered or raw pig fat and is very versatile. That’s to say because it can be used for roasting, frying, and baking. We love how lard goes in pie crusts, cooking, veggies, and collard greens. Lard can make amazing cookies, but the cakes might be less rich.

Generally, lard is the processed lard that is readily available in supermarkets. However, the meat fat is usually melted through boiling or steaming. The fats are often melted through dry-rendering, with which fat is melted without adding liquid. Also, after bleaching, preservatives and hydrogen are added for producing the perfect lard.

That being said, lard has a fainted flavor and has a solid form at room temperature. On the contrary, the naturally processed lard tends to have an intense taste and odor. With proper processing, the lard will be flavorless, but the fragrance of processed lard wouldn’t be intense either. As far as consistency is concerned, lard is available in semisolid and solid form.

Lard has various classifications; it’s classified according to animal fat. Generally, it’s made from pig fat, but it’s also made from goose or duck fat. In addition, there are mixed fats, leaf fat, and backfat. The leaf lard is readily available and is used pretty commonly. The leaf lard tends to have a delicate texture with clean favor.

Shortening is tern generally used for oils and fat, but it’s generally referred to as a vegetable oil product. For shortening, palm oil, cottonseed oil, or soybean oil are hydrogenated to ensure the semisolid texture is easily maintained. Shortening is made of 100% fats. However, it’s not the healthiest option out there since some shortenings are made from trans-fat (artificial, you know).

The bottom line is that lard is a fine substitute for shortening. The additional advantage of using lard is that it’s healthier because it’s made from natural fats rather than processed oil.

That being said, if you need a substitute for vegetable shortening, you need to go for plant-based lard. Even more, there are no trans-fats in lard which makes it healthier as compared to shortening. So, it’s a pretty great substitute and will go fine in the majority of recipes! 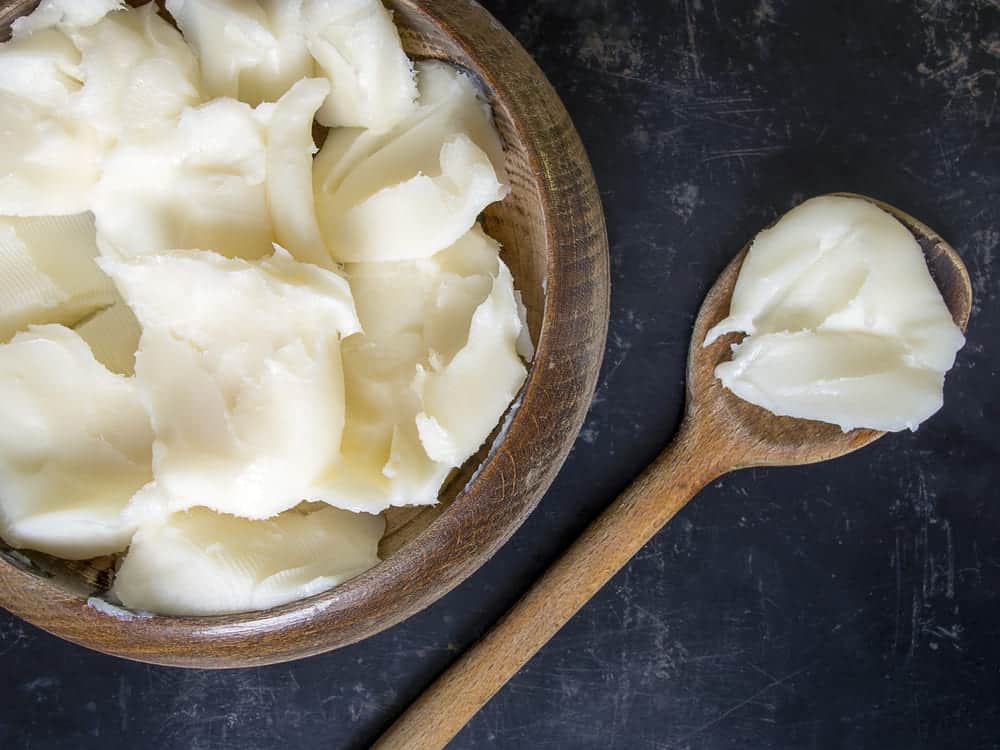