Oil is an important element in cooking which is mostly used for frying an ingredient. There are plenty of categories of oil, each coming with their own health benefits. Some common examples of cooking oil is vegetable oil, rapeseed oil, peanut oil, and sunflower oil.

Can You Mix Peanut Oil And Vegetable Oil?

Has it ever occurred to you that you are running out of a specific oil you use for cooking, or for some other particular reason wondered about mixing two cooking oils together? If so, then you are not the only one! There are plenty other people who have also been asking the question about whether they can mix peanut oil and vegetable oil together.

Through using this article, we will be going in depth about how you can mix these two oils together and if there are any known risks attached to doing so. Here is everything to know:

Can You Even Mix Oils Together?

For all those wondering whether they can mix peanut and vegetable oil, or any two oils in particular, they should be delighted to know that they definitely can. In fact, mixing oils together isn’t really anything new. People have been doing it for quite some time now.

Whenever you run out of oil, you can easily mix any two of them together and proceed on to cooking your food. Hence, mixing peanut and vegetable oil together shouldn’t be anything complicated either.

One thing to keep note of is that not every single vegetable oil is the same. Before mixing any one of them together, you have to check the label of the oils which should tell you whether they are compatible for the process or not.

Another thing to keep in mind is that when you are mixing and using oils together in cooking, the oil with lowest boiling point will end up being the smoking point. The smoking point won’t magically be according to the average of both oils. Take for example vegetable oil which smokes at around 400F, and peanut oil which smokes at about 450F. Smoke point of your dish will end up being 400F.

Are There Any Known Risks Attached to Mixing Oil?

Now that you have learned whether you can mix oils together, the next thing that should come into your mind is if there are any known risks attached to doing so. Before we go into the details, it should be noted that even the vegetable oil that we mostly use in the kitchen is the mixed result of plenty of different oils.

However, all these oils undergo various testing before they are successfully mixed into each other. These tests include checking these oils chemically, inspecting their compatibility, taste, as well as smoking.

As you probably won’t be able to test the oils by yourself, it raises the question whether it is safe to even do it or not. Luckily, mixing oils isn’t really anything bad. The only things that you should probably know before mixing them together is that you should be aware of the smoking point rule explained above.

Hence, if you ever end up needing to mix two oils together, all you need to check are the oil labels and their smoking point. Apart from that, there shouldn’t be any risk or concerns for using the mixed oil in order to cook your dish.

Similarly, you should feel free to mix peanut and vegetable oils in any dish you’d like, provided a need occurs.

Ever wonder whether you can mix peanut and vegetable oil together? The article contains the necessary information required to answer the question in detail. Be sure to give the article a thorough read. In case there are any questions, be sure to leave down a comment in the comment section below! We will be sure to answer your queries as soon as we possibly can. 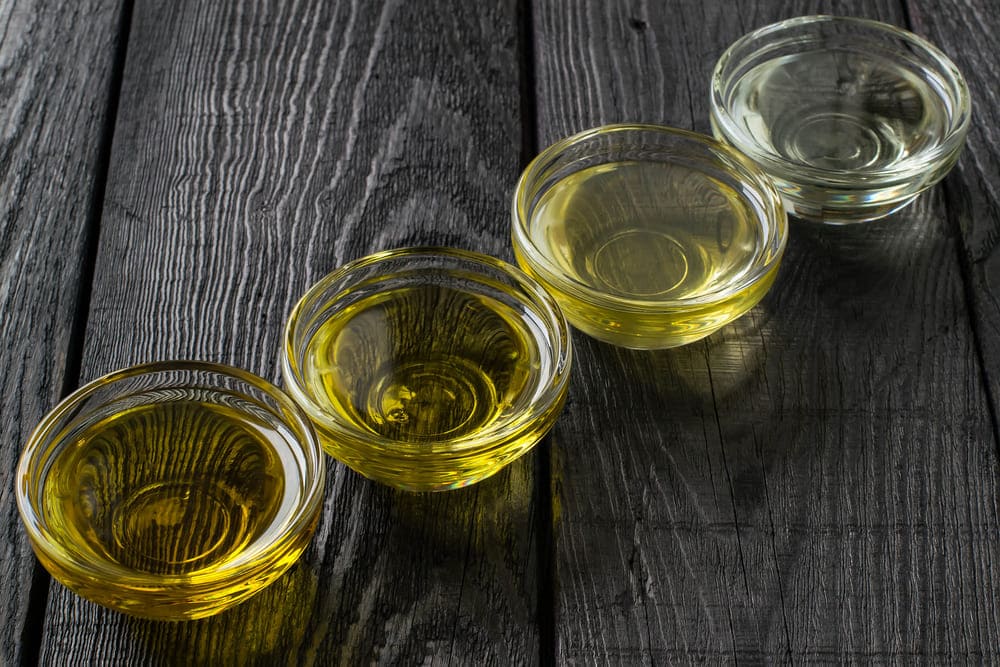