Some of you might be wondering why on earth anyone would want to put beer in a pressure cooker! This may sound absurd, but beer happens to be a delicious ingredient in many meat dishes.

A pressure cooker is no doubt a great piece of kitchen equipment that not only saves you time but also gives you the best-cooked food with minimal effort.

Yes, modern pressure cookers can perform so many different functions! However, because pressure cooking is still an unfamiliar cooking method for many people, many questions arise when using one.

One we come across now and then is, “Can I put beer in a pressure cooker?’ Well, to get straight to the point, YES, you definitely can.

This means that a pressure cooker needs liquid to function. You may use any form of water-based liquid as long as it fits with your recipe. This may be beer, wine, fruit juice, or soft drinks like cola and ginger ale.

It is important to always add enough liquid to the pressure cooker to create steam. The minimum recommended amount is one cupful.

Why Would I Want to Cook with Beer?

Cooking with beer adds a deep, rich flavor dimension to savory meat dishes such as casseroles, stews, and chilis.

It even works well in certain desserts and cakes, particularly those containing chocolate. In addition, beer makes a great marinade for meat before a barbeque as it tenderizes and flavors it.

Beer is brewed with hops, which have a bitter taste. It is also made with malt, which adds sweetness and balance to the hops. 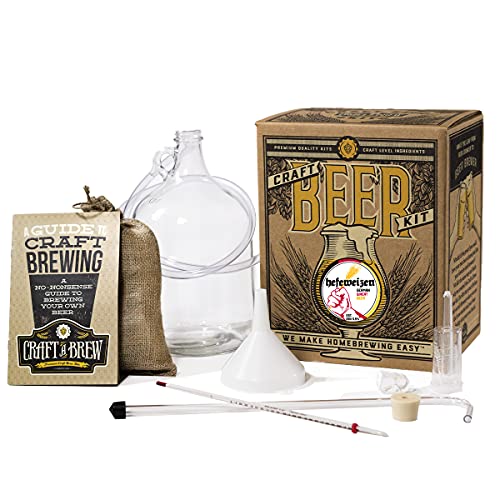 High sugar vegetables like carrots, onions, and butternut squash (all used in stews and pot roasts, by the way) pair beautifully with beer’s slight bitterness.

The bitter edge also helps cut through the richness of meats like lamb and fatty beef. All of this is why replacing some (not all) of the stock in your next pressure cooker meal is a good idea.

Tips for Pressure Cooking with Beer

This recipe makes a small pot roast enough to serve 3 to 4 people.

Heat the oil in the pressure cooker using the browning function. Brown the beef on all sides and remove it to a plate. Put onion and garlic into the oil and cook until golden.

Put the meat back and put everything else into the pot with it. Secure the lid and cook on high pressure for 45 minutes until very tender. Allow it to lose pressure normally. Serve the roast and gravy with potatoes or rice.

Never refrain from pressure cooking your favorite recipes with a beer in them! As long as you keep the aforementioned points in mind, it is completely safe to put beer into the pressure cooker. Cheers!