Do Pressure Cookers Kill Bacteria as Canners do?

The process of sealing cooking liquid such as broth or water in pressure cookers traps vapor produced from the liquid. This consequently raises the pressure and the maximum temperature of the cooking liquid inside the pot.

When boosting both the temperature and the pressure, it speeds up the cooking process considerably. It also conserves moisture and nutrients in the food instead of letting them escape through evaporation. Although the increased temperature is sufficient to kill most bacteria in food, it is not enough to kill all bacteria. This is why you should never use pressure cookers in a canning process.

As it turns out, high-pressure cooking is one of the best cooking techniques for killing germs and bacteria in food. When exposing food to such high-pressure environments, it effectively creates a sterilized environment. While so, it retains the critical components in foods that ensure it still tastes and looks great.

Other bacteria-killing techniques, such as boiling, have been known to negatively affect the appearance and taste of food once the harmful germs are destroyed. The environment created inside a pressure cooker, although effective in killing bacteria, only sufficiently kills certain types of bacteria. For instance, E. coli and other smaller harmful microorganisms that are found naturally in food.

It is not so easy to destroy other bacteria (e.g. botulism bacteria and aflatoxins). Aflatoxins are fungal poisons found naturally in foods such as beans, rice, and wheat. They are dangerous because they are triggers for certain types of cancers. Simply heating foods through a pressure cooker is not enough to reduce aflatoxin levels to safe concentrations.

Pressure cookers are also incapable of destroying bacteria in food that needs to be canned. Any food that must be canned must be subjected to extreme temperatures and pressure; ensuring that food botulism bacteria is completely destroyed. If canning does not fully destroy botulism bacteria, disastrous consequences await anyone who consumes the canned food.

So far, the only accepted tool utilized for the destruction of botulism bacteria is pressure canners. They are known to reach temperatures and pressures that are much higher than pressure cookers. As such, if you want to kill bacteria in food completely, you are better off using a pressure canner instead. 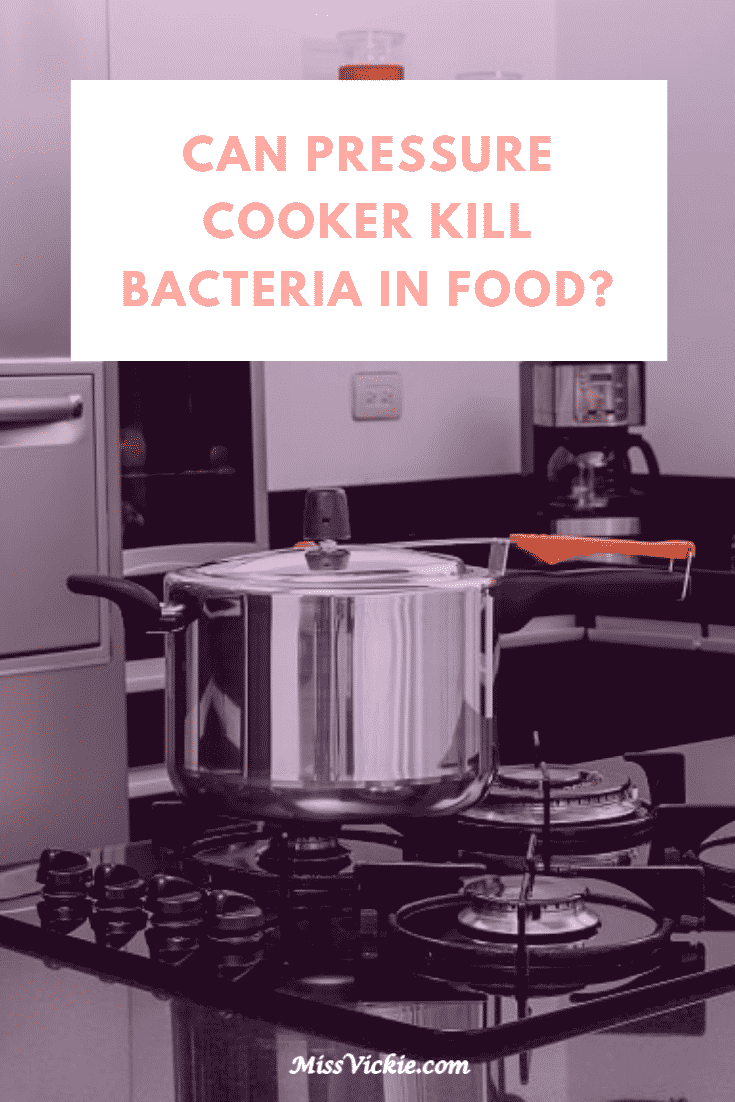