Anyone who is serious about cooking and culinary work will undoubtedly have a cooking torch in their kitchen, perhaps several actually.

There are a wide variety of torches available across today’s markets however the main difference you’ll immediately notice is the fuel type used.

We’ll be taking you through a comparison of butane vs. propane torch cooking so that you know exactly which is the better option for you.

Regardless of whether you use a propane or butane torch, both leave behind a slight taste and odor. Let’s take a closer look.

Our breakdown of butane torches versus propane torches has everything that you need to know to make the optimal purchase coming up.

Depending on whether you grew up in a house where cooking or handiwork was performed more frequently, many would be extremely familiar with the multi-purpose butane torch.

A butane torch is a device comprised of a gas canister, trigger, and narrowed outlet that concentrates and directs butane towards its spout, where it is ignited as a controlled flame for heating food and various other surfaces.

As the name suggests, a butane torch uses the flammable gas butane as its fuel for creating an intense, fiery flame.

Butane torches work by dispensing liquid butane, which is stored in a pressurized container beneath the nozzle, into a tight stream which is then ignited using a spark from either a compressed piezoelectric crystal or a flint.

While a butane torch is most often used for browning food, it is safe for cooking food directly as well.

The most common uses of butane torches in a kitchen are caramelizing sugar for desserts like crème brûlée, lemon meringue, and brûléed tarts. Torches are also used to melt cheese and brown toppings placed on soups and casseroles.

It works equally well for charring and roasting vegetables as well. In addition to the culinary uses, a butane torch is used by bartenders for flaming and smoking various cocktails.

Torching food is not complicated. One has to simply keep the point away from the food, preventing it from touching directly while allowing the surrounding heat of the torch to provide the cooking or browning action.

Most butane torches designed for culinary uses are easy to use but still slightly trickier to operate from a control standpoint because of the flame’s heat.

Despite reaching very high temperatures, butane torches still run cooler than propane torches which makes them more difficult to use.

While the notion may at first seem counterintuitive, a higher heat torch works better in the kitchen as one sees the direct result of their work immediately as it happens. 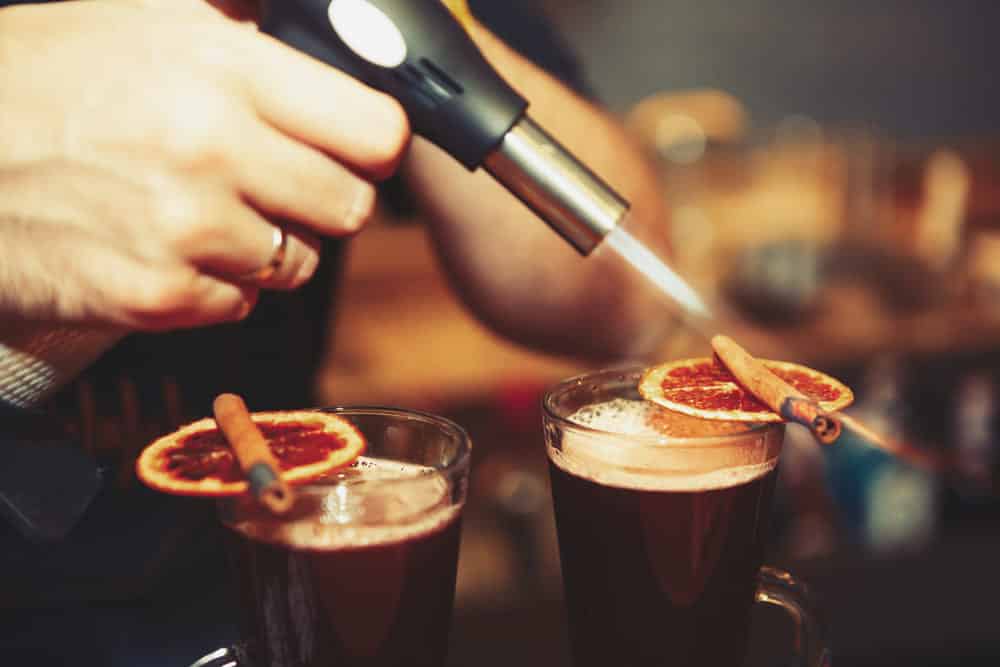 Butane torches and propane torches retail for approximately the same price. You’ll be able to find either variety retailing for roughly $15 and above.

Butane is, however, the cheaper gas. The affordability of the fuel is barely a consideration to chefs due to the sparse amount even the busiest kitchen will use.

The majority of butane torches range in temperature between 2400 °F and 2,610 °F – a temperature range that’s largely considered a slow burn.

That makes a butane torch hot enough for melting light metals like aluminum and copper and a great asset to home repairs and the kitchen. 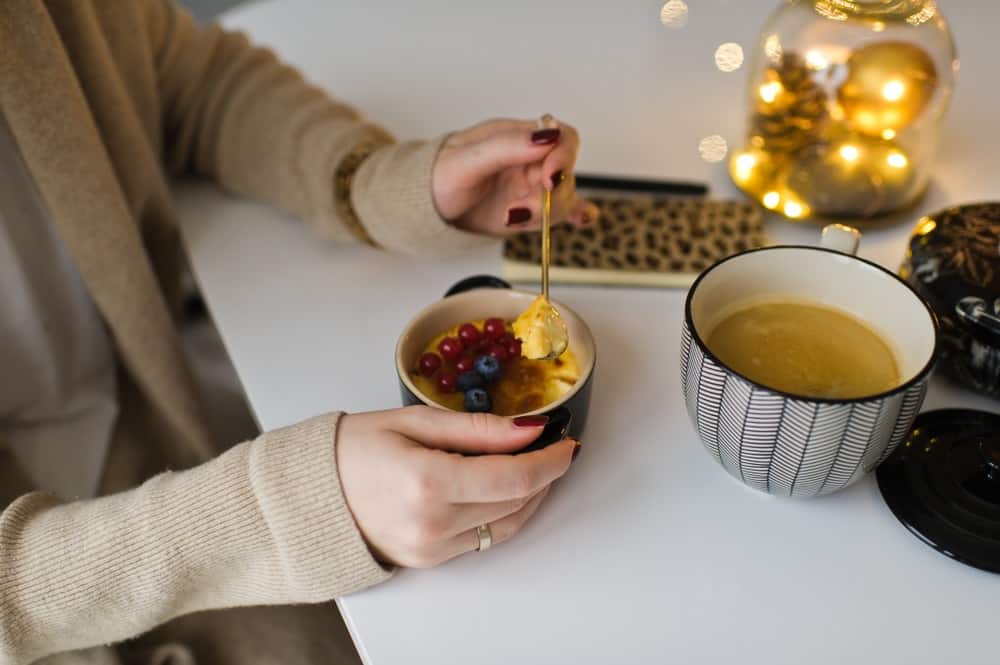 As an alkane gas, butane will not impact the smell or flavor of the food it’s being used on.

When it comes down to using a butane torch, many people often ask if they are safe for food. Butane torches are safe because butane gas is an alkane that doesn’t produce byproducts.

A little carbon monoxide is produced as the slow flame burns, but this is not absorbed by the food. Yet, due to the carbon monoxide, we advise operating a butane torch with the windows open.

You cannot use a butane torch in freezing temperatures of 30°F or below, which shouldn’t be of consequence to many cooks. 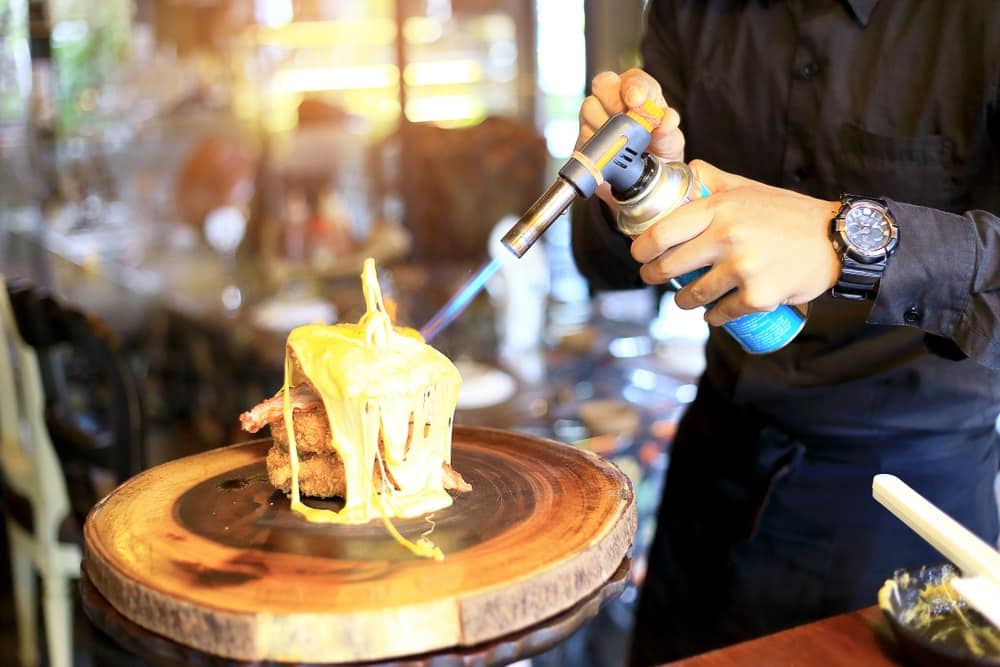 A propane torch is a perfect option for people who want an economic torch and is easy to use. The majority of propane torches are designed with refillable or detachable propane tanks.

A propane torch is a torch that uses a gas canister, trigger, and outlet to direct the flow of pressurized flammable propane towards a tapered spout, where it is ignited using either the compression of a piezoelectric crystal or by means of a flint’s spark.

Just like butane torches, propane torches are used for browning food but can be used for cooking food directly as well.

Caramelizing desserts is the most frequent use, while melting savory toppings like cheese is almost as common. Many cooks use their torch for searing meat, peeling peppers, and finishing off anything that needs browning.

The ultra-high heat of a propane torch makes it the preferred choice of chefs and slightly easier to use than a butane torch.

You see the results of your heating almost immediately as opposed to waiting a few moments for the browning action to occur when using butane. 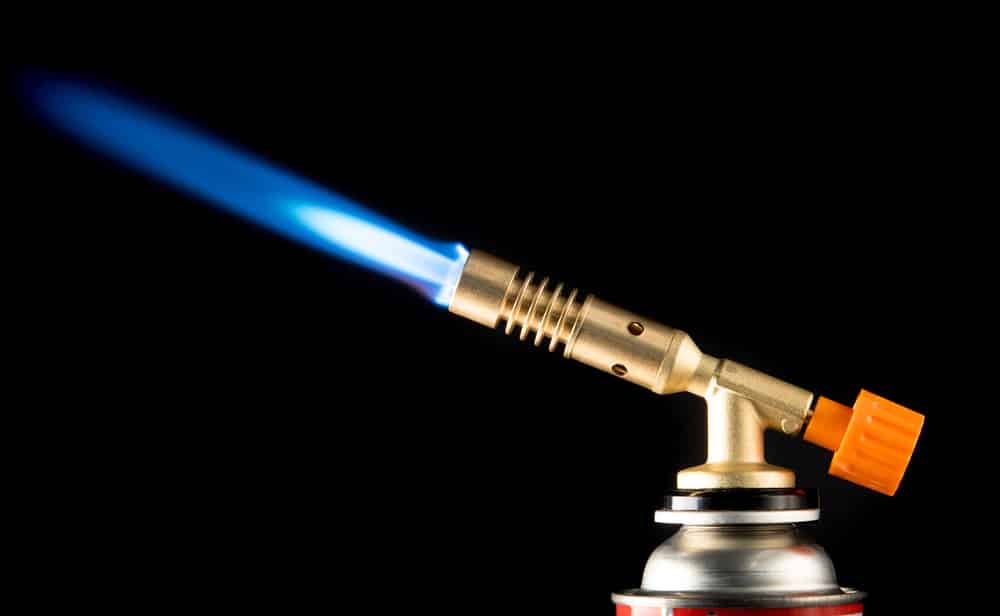 All propane torches run above 3600°F, but the maximum temperature possible is 3623°F.

Propane is a tasteless gas and therefore leaves no aftertaste on food.

Due to the high heat, a propane torch makes more carbon monoxide than a butane torch which means that ventilation is essential when using one. Just like butane, it isn’t absorbed by food.

We advise against trying to use a propane torch in a kitchen with little or no ventilation. With a freezing temperature of -43°F, propane torches are suitable for use in sub-zero temperatures, whereas butane is not.

What Is The Difference Between Butane And Propane Torch Cooking?

The main difference between butane and propane torch cooking is that a propane torch reaches a higher temperature flame and therefore offers more control than a butane torch while requiring two hands to operate in most cases, whereas butane torches are compact and lightweight enough to be used with one hand.

Which Is Best Between Butane Vs. Propane Torch Cooking

If you want a precision tool and are willing to pay extra, there’ll be endless propane torches to pick from as compared to the fairly limited selection offered by butane. 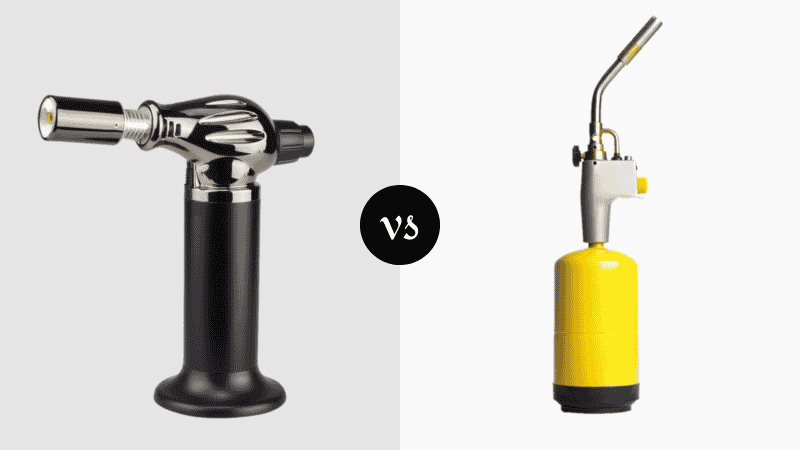