The extremely popular, sandwich-making, fast-food restaurant known as Arby’s now offers a bowl of mac and cheese on its menu. According to Arby’s, its new addition is a must-have cheesy dish that will leave you craving for more.

To do a comprehensive review, we have decided to judge Arby’s mac and cheese on four things – price, ingredients, flavor, and texture.

A single mac and cheese bowl will cost you 3 US dollars. For this, you get 277 grams which can be considered a regular size. For just three US dollars, the amount of mac and cheese given by Arby’s is more than enough for the average eater to snack on. 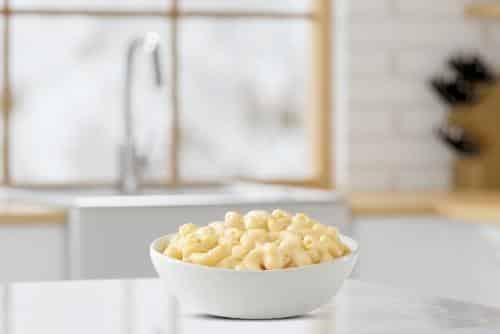 If we compare Arby’s to other fast-food chains like KFC, Chick-fil-A, Popeyes, etc. they all have a similar price to product ratio.

However, If you are using the mac and cheese as a full meal, 277 grams isn’t really enough. You would probably need to double up or add a salad, both of which will cost more.

If you’re buying the pasta as a side dish with your Arby’s sandwich, then it’s a good enough portion. If you double up, even with a 6 dollar price tag, two bowls of Arby’s mac and cheese are still a money-saving bargain.

Since Arby’s is a fast-food restaurant, they are using a powdered mix of cheese and milk to make their mac and cheese so it’s not exactly healthy home cooking. The powdered mix is similar to the mix that comes with a packet of instant mac and cheese. 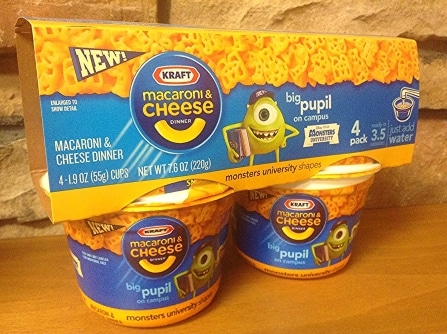 Even though Arby’s is using powdered products dissolved in water, their mac and cheese is still miles better than an instant mac and cheese. That’s because Arby’s is creamier and “cheesier”.

This is achieved by adding artificial cheese flavors and sauce thickeners to their mac and cheese powder mix.

Is Arby’s mac and cheese bland or flavorful?

Since a bowl of their mac and cheese is just 3 dollars, Arby’s achieves the infusion of this strong cheese taste by using powdered cheese and artificial white cheddar flavor. 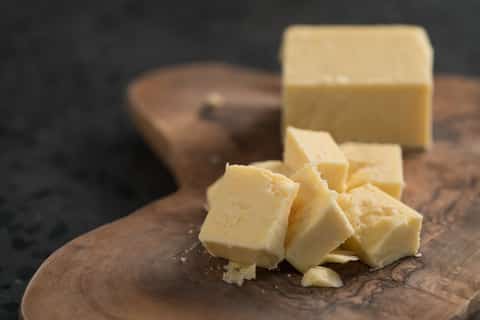 It’s basically a powdered roux jam-packed with intense flavors that, upon mixing with water, create a bowl of creamy, flavorful mac and cheese.

For the price you’re paying, Arby’s mac and cheese is sufficiently flavorful. It’s not restaurant-grade, but it’s still better than most diner mac and cheese bowls.

You’ll never, in a hundred bowls, get a proper restaurant-grade experience from a 3-dollar mac and cheese bowl.

Arby’s is cutting costs by using powdered ingredients, but fortunately, they’re not sacrificing the most important component which is a satisfying, hearty, white cheddar flavor.

4. Is Arby’s mac and cheese al dente or overcooked?

A fast-food mac and cheese will be considered al dente if the macaroni still has a little chew. Fortunately, Arby’s mac and cheese has a sufficient amount of chew left but an Italian mama would say that it’s not a perfectly cooked, perfectly al dente, elbow macaroni.

The macaroni is slightly soft and overcooked but the thick cheese sauce helps disguise this. This is perhaps a necessary improvement that Arby’s needs to make to take this mac and cheese by half a notch.

As a fast-food product, Arby’s mac and cheese provides a sufficient amount of chew so that the dish isn’t stodgy. It’s not perfectly al dente but it’s still palatable.

Compared to other franchises’ offerings, Arby’s mac and cheese as a fast-food product distinguishes itself from other fast food mac and cheese products by having a slightly better chew. 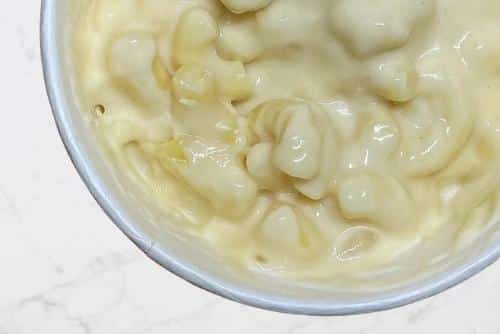 For just 3 dollars, Arby’s is giving you a medium-sized portion of mac and cheese. Their mac and cheese is sufficiently flavorful, has a slight chew, and a thick, creamy cheese sauce that binds the noodles together well.

So is Arby’s mac and cheese worth your money? For just 3 US dollars, we think it is.

Even though Arby’s is using cheap alternatives to cut costs, they’re not sacrificing the most important component for many customers, which is a fulfilling, hearty, white cheddar flavor.

If you’d like to make a more nutritious, copycat dish at home that still won’t break your budget, follow our recipe below. 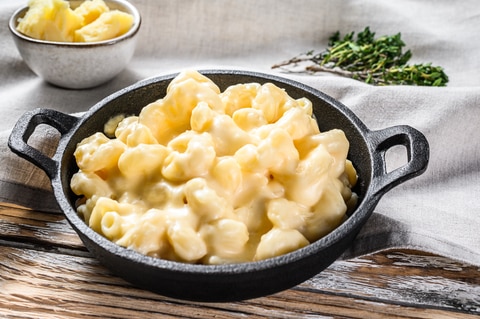 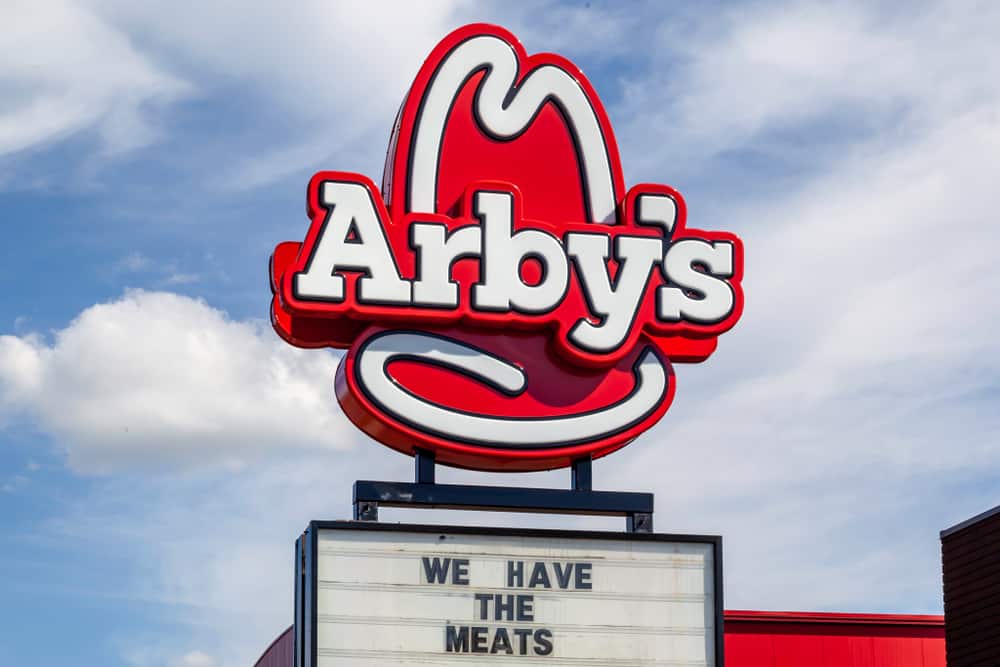