Rice is one of the staple foods around the world. It is consumed in large quantities in different cultures. It is also cooked in many different ways around the globe.

For instance, in the Western parts of the world, rice dishes are generally quite common. In Asia, steamed rice is considered a staple and is served with almost every other dish, including meat or vegetable dishes.

In southeast Asia, a host of different spices are added to make rice dishes. As you can imagine, there’s no definitive “best” way to cook rice. However, the emergence of rice cookers has made things quite easy.

For people who like to cook rice regularly, rice cookers have become an absolute appliance. It’s so much better and more convenient than simply adding rice to a pot and then boiling it.

The rice cookers help cook delicious and savory foods without wasting time since the rice is prepared quickly. When you use a rice cooker, you not only save a great deal of time but your effort is also reduced considerably.

However, instead of rushing straight to the company for repairs and getting angry, it might be a wise idea to look at what’s wrong and then try some conventional repairs on your own. There are plenty of things that you can do to fix and troubleshoot your Zojirushi rice cooker all by yourself.

Instead of taking it to a repairer, it’s better to implement a few tips given below to see if that helps fix the problem with your Zojirushi rice cooker.

We have compiled a list of the most common problems that are likely to occur with your Zojirushi rice cooker and give you simple fixes that you can implement.

Hopefully, they will solve your problems!

Electronic appliances stop working in most cases when there are internal circuit issues or loose wires. So, if your Zojirushi rice cooker stops working, you may want to check these things.

The loose wires and connections, along with faulty circuits, can lead to this issue. In these cases, it is better that you take off the rice cooker’s bottom with a screwdriver to inspect the wiring.

Once you remove the bottom plate, look for the broken or loose wires. You can reposition the wires or replace them on your own. However, if the issue is serious, you may want to consider taking the whole thing to an electrician.

Avoid tampering with the wiring or the circuitry on your own, and always make sure that you remove the connection to the sockets, even if the switch is turned off before you meddle with the electrical wiring. It’s too big of a risk to take.

As we are talking about rice cookers, they are usually electronic appliances, which means thermal cutoffs are one of the most common problems that you are likely to face.

In this case, there are higher chances that your rice cooker has suffered from a thermal cutoff problem. Even more, you can look at the thermal fuse. For this purpose, you need to take off the cooker’s bottom and check for the cutoff switch.

The thermal cutoff usually occurs when the temperature surpasses the maximum temperature threshold, hence the overheating. It’s designed to cut off contact to prevent the appliance from irreversible damage.

Now, if the thermal cutoff switch continues to flip, it might be a wise idea to get it checked instead of implementing a fix on your own.

Whenever the rice cooker isn’t functioning properly, there are high chances of circuits and thermal complications involved.

Before you power on the cord first, it’s important to plug it out and inspect it for physical damage.

It would be best always to inspect the power cord because frays and cuts can lead to power issues. If you notice any damage to your power cord, it’s best to take it out and replace it.

If the power cord is connected to your rice cooker, you should consider taking it to an electrician and getting it replaced. Avoid using the appliance with a damaged or frayed power cord, as that could lead to serious damage and could cause a short circuit as well.

There are multiple models of rice cookers available in the market with the Zojirushi brand name. So, when the rice cooker isn’t functioning properly or won’t work, the rice cooker has a high chance of completing its lifespan.

Modern appliances aren’t built to last a lifetime. In some cases, your only option will be to replace it. It might not be worth the effort or the money that you spend to get it fixed. Instead, it would be best if you considered replacing it altogether.

Even more, if you bought a cheap or a fake variant of the Zojirushi rice cooker, you should know that there’s a strong risk it will stop working. These things aren’t built to last a long while and don’t pass any quality controls. Needless to say, they are likely to stop working any time.

You must have thought that rice cookers are easy to operate, but it isn’t always true. There are different models of Zojirushi rice cookers available, and if you press the wrong buttons, they may not work as expected.

That’s why you should go over the instruction manual first to know how to use the appliance properly. Once you know the basics, only then should you tamper with it.

It may seem quite simple, but it’s a highly effective method of ensuring that your appliance remains in prime condition and continues to work to the best of its capabilities.

The Zojirushi rice cookers are an excellent investment for people who need a reliable cooking appliance that will last them a long while.

It’s an excellent choice for people who like to incorporate rice in their daily nutritional intake and need an efficient solution for cooking it properly. 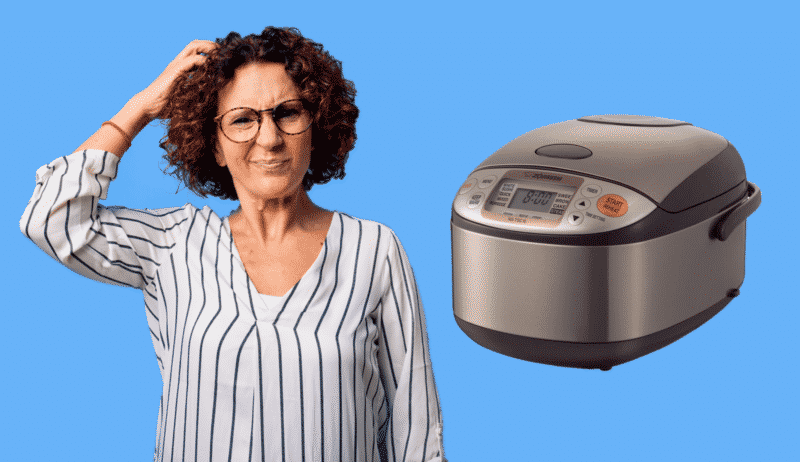