Peanut oil, also known as groundnut oil, is a pale yellow, mildly fragrant oil with a faint nutty taste. It is extracted from peanuts by pressing them and is used in a lot of Asian dishes.

There is a wide variety of different peanut oils available in the market, each having its unique depth of flavor and nutritional benefits. One of the more common varieties that you can find quite easily is cold-pressed peanut oil.

It is extraordinarily nutritious and presents a balanced flavor to many recipes. However, if your recipe requires more depth in taste, it might be better to go for pricier gourmet peanut oil.

Peanut oil has a high smoke point (225˚C/437˚F) which means that it won’t burn at high temperatures. This is why it is great for deep frying.

It can be reused too because it doesn’t retain the flavor of foods cooked in it or release harmful toxins. Peanut oil is also used a lot for stir-frying and sautéing.

Despite its origins, peanut oil doesn’t have a strong peanut taste. The cold-pressed variety has a nuttier flavor but the others are mild and neutral enough to use in salad dressings. 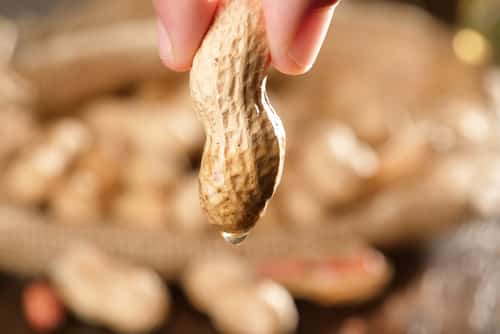 Peanut oil has become more popular due to its health benefits if used in moderation.

Recently many people have voiced their concerns about peanut oil being too expensive. We’ve noticed the same thing so we’re going to look at a few reasons that might justify the increase in the price of peanut oil.

Why Is Peanut Oil So Expensive?

People are tending to become more conscious about what they put into and onto their bodies. Peanut oil introduces many benefits to a balanced diet and is listed as one of the most nutritious cooking oils in the world.

Due to this, more health-cautious people are switching to peanut oil as a part of their daily recipes.

Peanut oil is high in antioxidants such as vitamin E that promote heart health and help stabilize blood sugar levels. It is also a source of unsaturated fats that lower the risk of heart disease when they’re used instead of saturated fats.

This increase in demand has made it harder for the production units to keep up with the demand surplus.

Now, keep this basic economic principle in mind — when the demand for a particular product goes up, so does the price. This is the primary reason why peanut oil has become more expensive over the years.

So, the main reason why you are having difficulty maintaining peanut oil on your budget is that it has become increasingly harder for the suppliers to keep up with the demand, thus pushing up the price.

We’ll look at ways just now of getting around this with substitutes and blends.

An increase in exports and intermediaries have also played their role in pushing up peanut oil prices.

Even if you live in producing countries, the local suppliers might find it more profitable to export peanuts or peanut oil to different countries like China or the US.

So, if you have noticed a sudden boom in peanut oil prices, then it might be because of a decrease in the number of local suppliers. 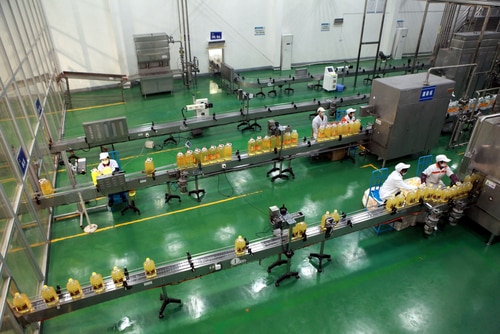 As most of the peanut oil is going out of the country, you need to pay a premium to get your hands on any peanut oil remaining in the country.

Sadly, you can’t do much about tackling this problem as the suppliers will always choose the buyer that offers more profit.

This issue primarily affects third-world countries, where the currency is not strong enough for more prominent industries to maintain their production cycles.

Other than this, some intermediaries hold or hide stock to inflate the product prices artificially. Even though this practice is illegal in most countries, it still happens on a small scale which is why you might be experiencing a boom in peanut oil prices.

Even though getting sufficient oil using machinery is not that labor-intensive, not every production plant can afford to put thousands of dollars into new equipment.

This is especially true for industries in underdeveloped countries where there is a deficiency of funds available to business owners to support the production cycle.

So, if you were confused about the inflated prices of peanut oil, it can be linked to the expensive machinery behind the process.

What to Do About Expensive Peanut Oil?

The best option available is to create a home-customized variant of peanut oil and some other oil yourself. This practice will make it easier to spread out the budget as your bottle will last you a few more weeks when you mix it with other oils.

You won’t get the same refined flavor or benefits, but you won’t have to worry about breaking the budget.

The new mixture will still be more beneficial than many other types of oil, and you can slowly refine the mix as you free up more of your budget. Other than this, you can use the following oil substitutes:

Canola oil is a great substitute if you use your peanut oil for frying as it’s usually cheaper than peanut oil and can also withstand high temperatures. 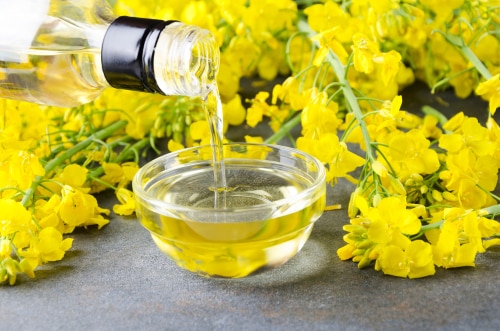 Canola (rapeseed) is a common, easily obtainable oil that is cheaper than peanut oil. It has a bland flavor that retains other tastes making it great for flavored oils and infusions.

This oil is also useful for baking and stir-frying. It is high in monounsaturated fats.

Also, canola oil is relatively inexpensive and can be found in almost any grocery store. If you want a more affordable alternative to peanut oil for frying, this is a great option.

This oil also has a 450˚F smoke point so it’s okay for deep frying (just don’t reuse it as it may release toxic compounds) plus its bland flavor means it’s good in baking and salad dressings.

This is probably your best option if you need to do a lot of deep-frying and are looking for a peanut oil alternative that’s inexpensive, bland flavored, healthy, and safe at high temperatures. 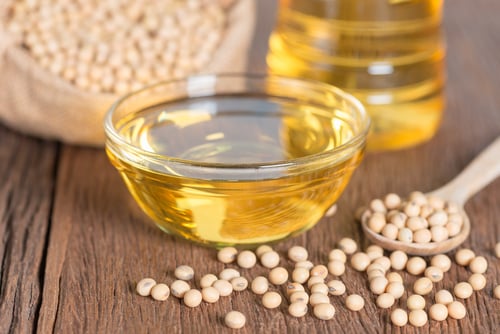 Peanut oil has become expensive and we’ve shared some of the reasons with you. It’s still a good idea to keep a small bottle handy for those special Asian dishes where only the real thing will do.

However, if your budget is tight and you’re looking for substitutes, do use our recommendations. 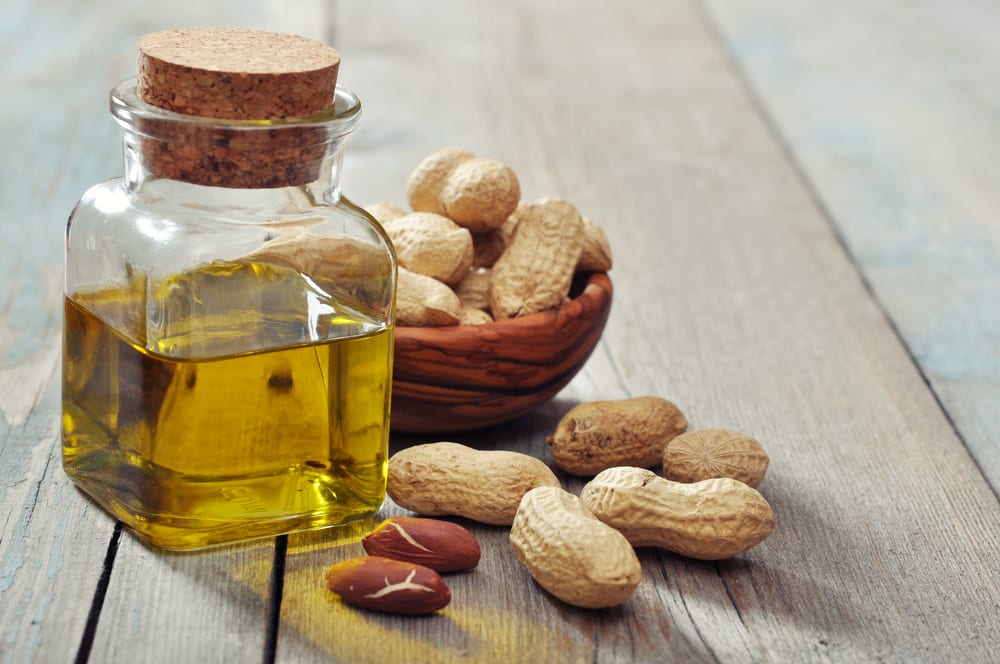