Pecan pie is everyone’s favorite dessert, especially if they don’t like sweetness too much. However, baking pecan pie is not an easy job, and people end up ruining it. Similarly, “why is my pecan pie runny?” is a common question asked by people, and we are sharing how pecan pie can be saved!

Before we talk about the runny consistency, it’s important to know what a pecan pie is (we will also discuss some secrets to make a perfect pie along the way). Generally, pecan pie is made with brown sugar or corn syrup which can add sugar and increase the calorie count. For the most part, it’s the custard pie that is liked by millions of people around. Now, let’s see about the runniness!

Why Is Pecan Pie Runny?

For the most part, the pecan pie gets runny because it is under-baked. According to the majority of recipes, the pie has to be baked for up to sixty minutes to seventy minutes at around 350-degrees Fahrenheit. However, the baking time can be increased to seventy-five minutes, depending on the oven. Even more, some people reduce the oven temperature to 325-degrees Fahrenheit if they have to increase the baking time. In case you are worried about the excessively brown crust, you can just cover the top of the pie with aluminum foil.

Secondly, you can check on the runniness by checking the doneness along the way. Keep in mind that the custard under the pecans layer will not settle until the pie reaches 200-degrees Fahrenheit. The best way to check the doneness is by pressing the pecans with a spoon and see if it jumps back. If it does, the pecan pie is ready, and it won’t be runny. On the other hand, if you don’t keep an eye on the doneness and take it out before it’s done, it will result in runny consistency.

The fourth option is putting the pecan pie back into the oven. For instance, if the pie is runny and you have taken it out, cover it with the aluminum foil and bake it for around twelve to fourteen minutes more. For this additional baking, it’s suggested to increase the temperature to 425-degrees Fahrenheit to 450-degrees Fahrenheit. Also, you can wrap aluminum foil on the top to prevent browning.

Another way of letting it harden up is letting it cool down or settle down. Generally, pecan pie takes around two hours to settle down at room temperature. This time will help harden the pecan pie, and it might not come out runny.

Last but not least, if you are looking for reasons behind the runny pecan pie, your oven could be at fault. This is because some old ovens don’t heat or bake evenly, which results in inappropriate consistency. So, if your oven is old, simply opt for a new oven or buy pecan pie from the bakery shop.

What To Do With Runny Part?

If the damage has already been done and pecan pie is runny, you can simply use the liquid part as ice cream topping (it is extremely delicious). Also, the runny part can be refrigerated for over a week, and you can also use it for topping other desserts. 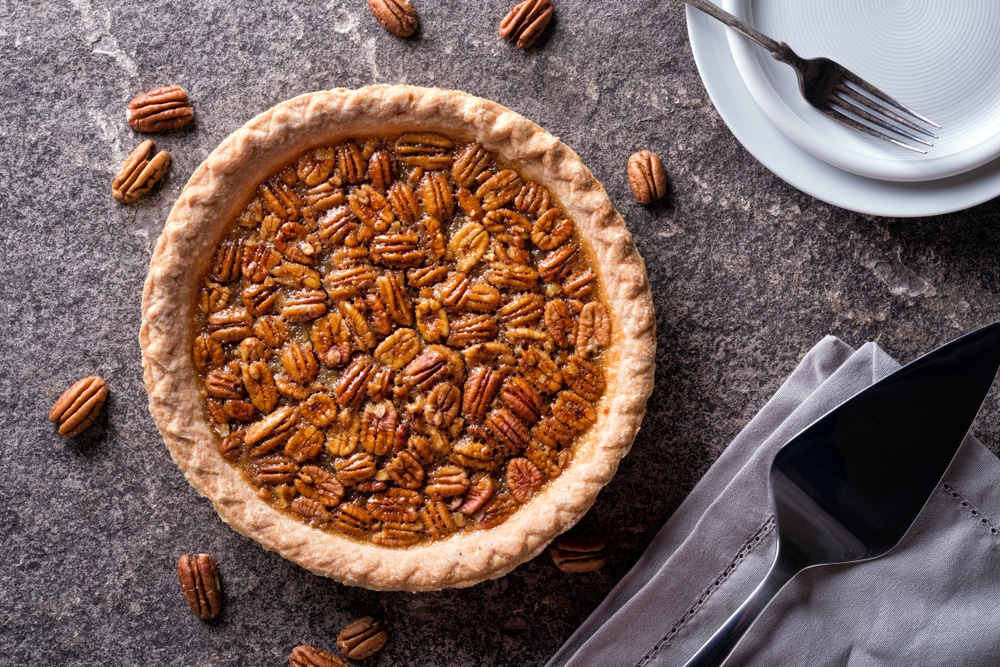