We all love satisfying our cravings with junk food (even the healthiest eater out there craves burgers and milkshakes). In addition to those delicious burgers and curly fries, there are tortillas that can be made into the savory food with sauces and dips.

For people who have a knack for cooking must have tried making flour tortillas themselves at midnight. However, if you are questioning, “why are my flour tortillas hard?” we have got the answers and fixes for you. So, let’s have a look!

Why Are My Flour Tortillas Hard?

Tortillas are nothing without the dough, because well, it’s the ultimate foundation, right? With this being said, your tortillas might be hard because you over-knead the dough. In addition, if you passed it through the rolling pin excessively, it can be a reason for tough and hard texture. So, make sure that you are making the perfect dough!

The tortillas are a fine mixture of flour and water, but how can you forget the fat? This is because if the fat and water content in the flour dough is not on-point, the tortillas will become hard. While you are kneading the flour dough, it’s only going to work if it’s puffing a bit in the middle portion. So, whichever recipe you are following, add the accurate water and fat content!

For people who are having a hard time eating the flour tortillas because they are too hard, rewind a bit and see if you rolled the tortillas right. This is because the texture and appearance of flour tortillas differ a great deal with rolling. With this being said, make sure that you roll the dough thin enough to get the right texture.

Well, heat is a deal maker and breaker when it comes down to the flour tortillas. That’s to say because slow heat settings can make the tortillas hard. Similarly, the high heat setting will burn the exterior side of the tortillas and might be undercooked as well. So, always go for medium heat settings and make sure to flip the side when it starts bubbling.

You aren’t the only one who needs a blanket in winters because once you take off the tortilla from the comal, you need to put them in the tortilla warmer. In addition, you can use the dry and lint-free cloth because it saves the tortillas from hardening up.

Crisco has a flavorless and greasy property, which means it must be kilometers away from your flour tortillas if you don’t intend on biting on the brick. With this being said, always use the lard (opt for the refrigerated one) in the dough to make tortillas come out with a perfect combination of softness and crisp.

While optimizing the water for tortillas, always go with “nearly” boiling water because warm water is only good when you have to melt the fat. If you don’t know what nearly boiling water feels like, you need to microwave the water for around three minutes. 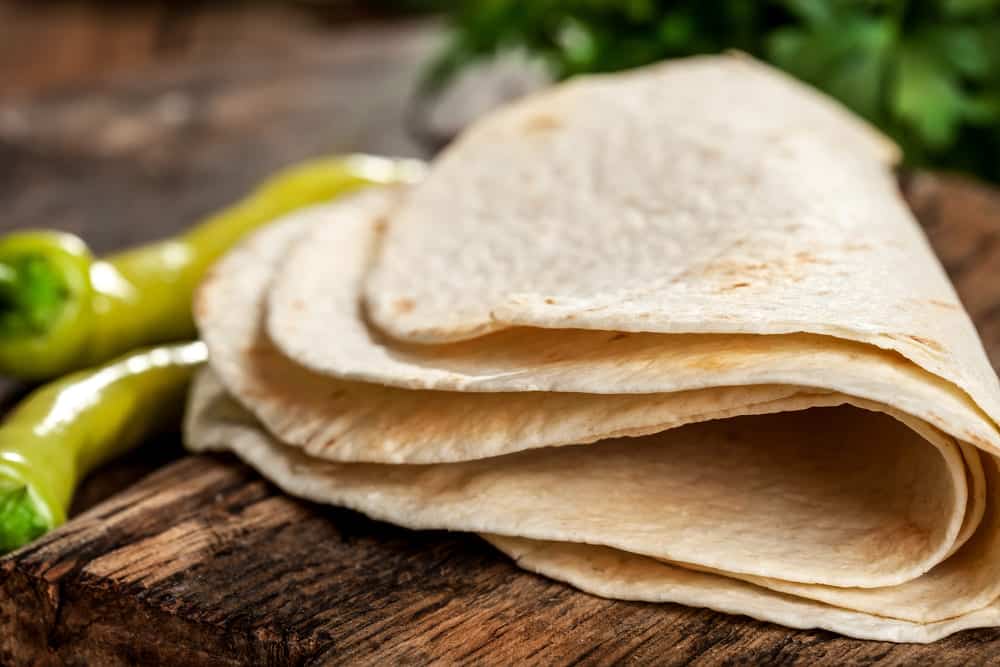