If you are a fan of chocolate, Nutella is a must-have in your pantry. This is because it’s a hazelnut and cocoa spread, which can be applied on the toast or you can enjoy it with strawberries.

For this reason, people always have Nutella jars stacked up in their pantry but some people have been asking about white stuff on Nutella. In case you opened the Nutella jar and saw some white spots, we have all the information you need!

What Is The White Stuff On Nutella?

The white spots and/or stuff in Nutella are basically the palm oil blobs that have been separated from the rest of the chocolate mixture. The part of Nutella that has been separated from the mixture and has formed palm oil blobs is safe to consume but it’s recommended that you remove them because they have a weird taste (you won’t find the blobs as delicious as the spread).

Secondly, if you touch the white spots and they seem dry, there are high chances that it sugar bloom. You can try test-eating it, and if it tastes like sugar, you don’t have anything to be worried about. On the other hand, if the white stuff seems fuzzy or slimy, it is mold and you need to discard such Nutella right away.

At this point, it’s pretty evident that white stuff doesn’t mean spoiled Nutella but it is important to know when the Nutella is rancid because you don’t want to upset your stomach. To begin with, Nutella has the capacity of going rancid. The rancidity happens in two ways.

First of all, when the Nutella’s fats and oils oxidize (it is the process when they are broken up by oxygen in an adverse manner) and the second way is when these fats and oils hydrolyze (it means when these components are separated by water).

You must have noticed that hydrolysis and oxidation are all about breaking up or taking apart, which are the same. In particular, the water or oxygen wreaks havoc on fat or oil, which results in rancidity. As a result, the Nutella develops a foul flavor. However, if you still aren’t aware of signs of rancid Nutella, we are sharing them below;

The first sign of rancid Nutella is that it stinks badly. It’s needless to say that many people are not aware of the real smell of Nutella, which makes it challenging for people to determine if Nutella is safe or not. Still, if you put your nose closer to the Nutella (the actually spread rather than the jar), you will know that there is something off about the flavor. To illustrate, the Nutella is rancid if it’s giving a smell other than chocolate and nuts.

There is no bigger sign of spoiled Nutella than mold. This is because if there is some bacterial growth or mold in the jar, the spread is not safe for consumption. Keep in mind that consuming such Nutella will be harmful to your stomach (yes, it’s a health hazard). So, it doesn’t matter if there is white and fuzzy or green stuff, discard the jar right away.

The texture is the biggest sign of the current state of Nutella. Normally, Nutella has a thick yet spreadable texture (yes, it will be soft). On the other hand, if your Nutella seems separated and grainy, you need to discard it. Nutella is made with a combination of sugar, cocoa, skimmed milk, palm oil, and hazelnuts, and honestly, they don’t stay together for a long time. So, if you don’t consume them quickly, all these ingredients start segregating and the texture will become crumbly and hard rather than soft and spreadable.

The bottom line is that checking the Nutella jar for mold and smell should give you an idea if the Nutella is safe to consume or not. On the other hand, if you cannot identify any sharp and foul smell and there is no mold, it’s recommended that you take out a scoop of Nutella and taste these white spots. If they are sugary in flavor, you can consume them. However, if they don’t taste well and the texture has become harder than usual, it’s recommended that you discard the jar. 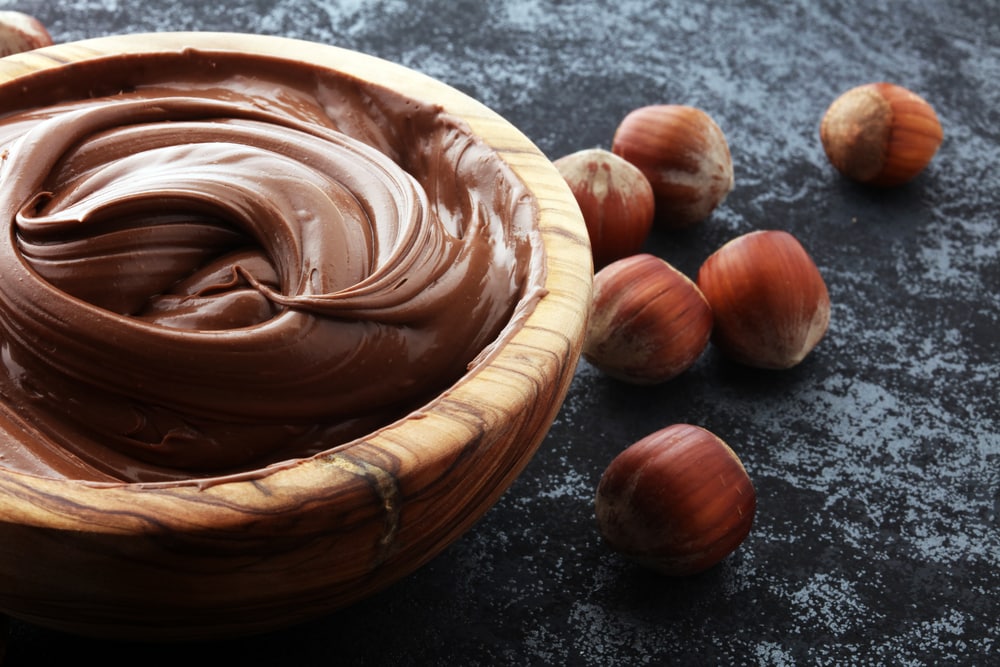