Potatoes are one of the most consumed roots and are added to an array of culinary delights. It’s an extremely useful veggie that’s become essential in various dishes as well as bakery items. It wouldn’t be wrong to say that it’s liked by kids and adults alike.

All in all, it’s a delicious and nutritious vegetable, but there are times when white stuff grows on potatoes. So, let’s see what is the white stuff on potatoes and if it spoils the potatoes or not.

What Is The White Stuff On Potatoes?

The white and raised stuff on the potatoes is basically swollen lenticels which develop when the potatoes are grown in wet soil conditions. In simpler words, it is caused by excess water. For those who don’t know, these lenticels are small organs that are used by tubers to breath, but if placed in excessively watered soil, these lenticels swell up. If you are concerned about the safety, they aren’t much of a concern because you can simply cut them off and use potatoes.

How To Know If Potatoes Have Gone Bad?

Now that we have cleared that white stuff on potatoes doesn’t pose any health issues or safety concerns, it is important to know the signs of potatoes going bad. Honestly, the potatoes can last for a long time when stored in the right conditions, but they are susceptible to going bad. There is a variety of decays associated with potatoes but the most common sign is the wrinkled and shriveled skin on the potatoes. If potatoes are shriveled, it’s recommended to discard them. However, there are some other signs that you need to look out for!

In various cases, potatoes tend to develop dark spots, but it doesn’t always mean that potatoes are spoiled. On the contrary, you need to be concerned if the mold is visible with discoloration. The mold tends to be fuzzy and can be blue, green, and white. In the majority of cases, the mold develops around cuts and holes in the potatoes. In addition, mold could look or smell rotten. So, if there are signs of mold (fuzzy stuff), you need to discard them right away.

In case you pick up potatoes to make dinner and notice something spongy on the potatoes, there are high chances that the potatoes are pithy. In addition, you can slice the potatoes, and if there are holes, you have to discard the potatoes. In most cases, the holes develop in potatoes if you store them somewhere where the temperature is too high. So, make sure that the storage area has a moderate temperature; it shouldn’t be too cold or hot.

Keep in mind that pithy potatoes are safe for consumption, but the flavor and texture will be compromised. In particular, you can eat the potatoes if the holes are small, but the flavor will deteriorate.

If you see some dry spots on the interior or exterior side of the potatoes, it means that the potatoes are old. The smaller dry spots can be easily removed from the surface and won’t make a significant difference in texture and flavor. On the other hand, if you see some dry spots in the interior, you won’t get the authentic potato flavor. Such potatoes are only suitable for mashing and boiling.

If there are small roots and sprouts forming on the potatoes, you need to understand that the potato quality has been compromised. Honestly, such potatoes are safe for consumption, and the taste will be okay, but if the roots grow longer, the potatoes will lose their flavor. All in all, the small sprouts and roots can be easily trimmed.

At this point, you must be pretty clear on which potatoes are safe to eat and which aren’t. However, there are additional factors related to storage that you must know, such as; 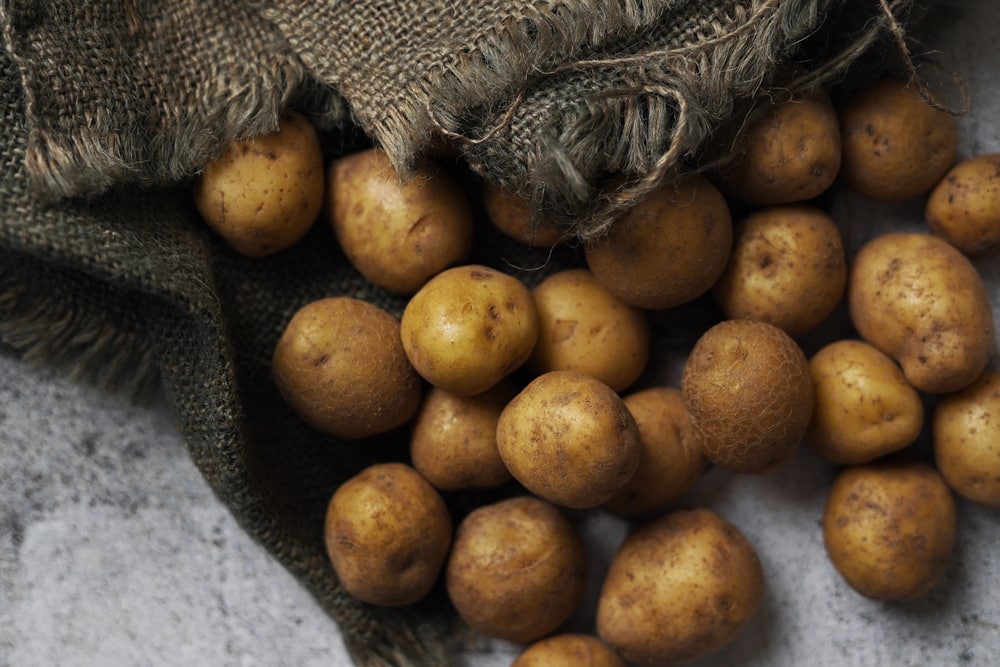