We know you want to get straight to the point and find out what the white stuff is on your chorizo. However, bear with us while we quickly describe what chorizo is for those who aren’t familiar with it.

What is Chorizo? (Pronounced chuh-ree-zow)

Chorizo is made mainly of pork and is available in fresh and dried varieties. The white stuff we’re talking about today should only be found on the dried version. 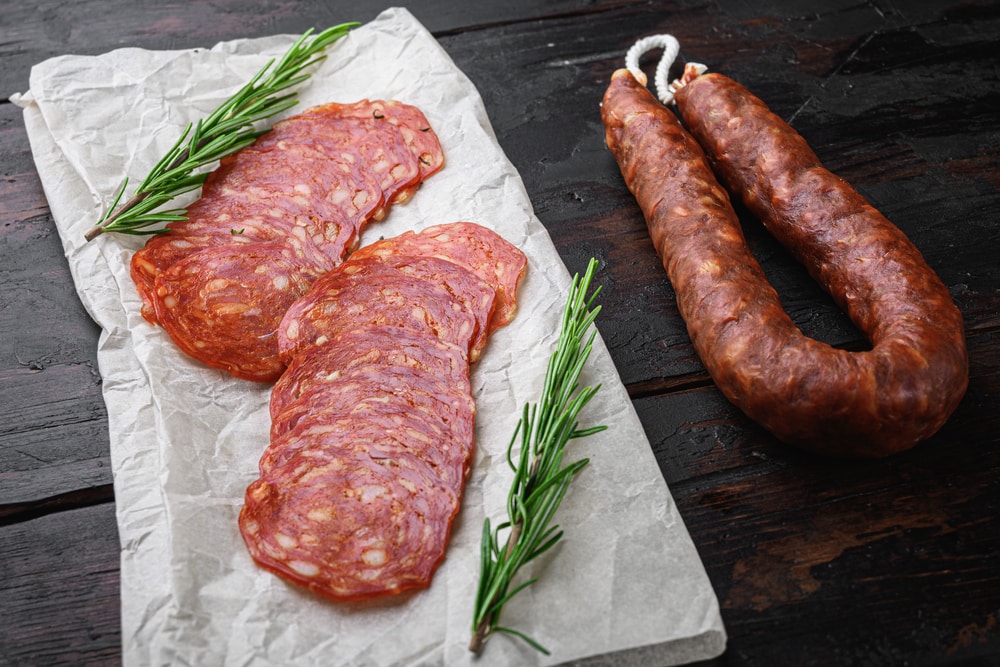 In the drying process, chorizo often gets a white powdery mold of the penicillin species forming on the outside of the skin.

It is totally harmless and is expected and welcomed because it helps to cure the sausage and fend off bad bacteria. This is the same mold that forms on salami and helps to give it its characteristic flavor. 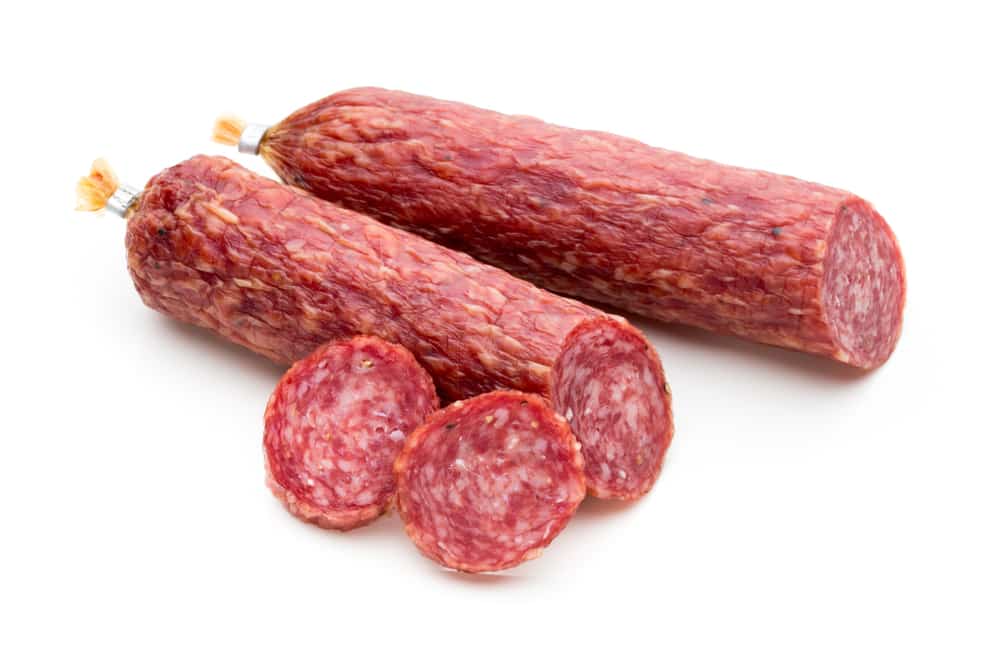 Unlike salami, chorizo doesn’t always come encrusted with white mold and the outside layer is often the same color as the inside meat.

However, if yours has some white powder on, there is no need to worry – your sausage is still good to eat provided it has not developed an “off” taste or smell. Not all powdery white stuff is mold.

Some commercially made salamis and chorizos are rolled in white powder such as cornflour to make it look as if they have been cured the old-fashioned way and to stop them from sticking to one another when they’re packaged. 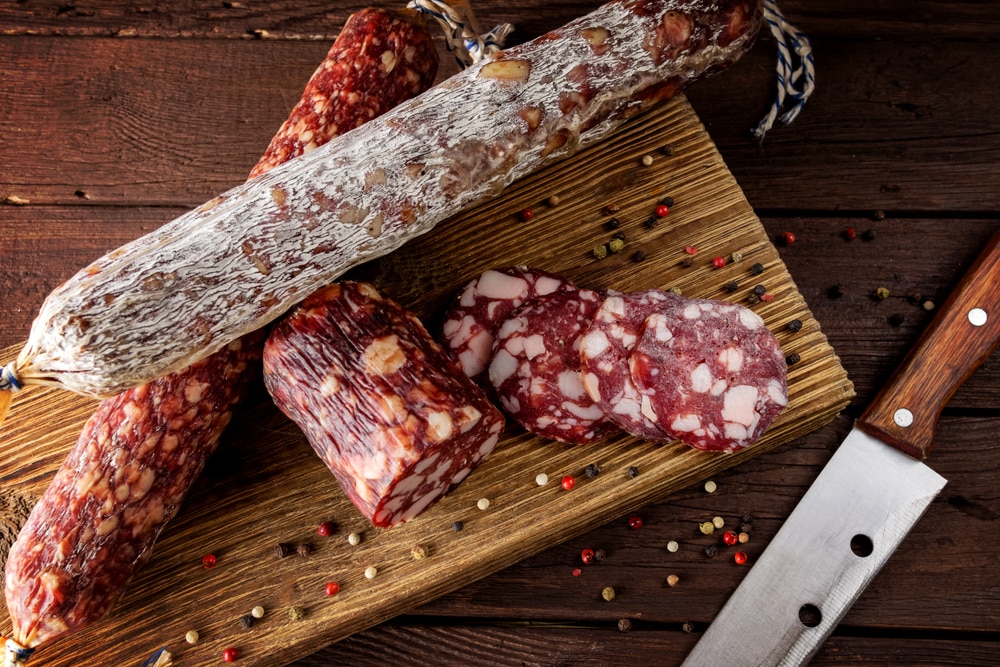 Not all mold is harmless like the white powdery stuff though. If your sausage develops white, hairy mold, it should probably be thrown away.

Also, any mold that is green or black can make you sick and we would advise you to throw the sausage away. These molds form when the sausage is cured in places with a too-high humidity and insufficient airflow.

What should I do? 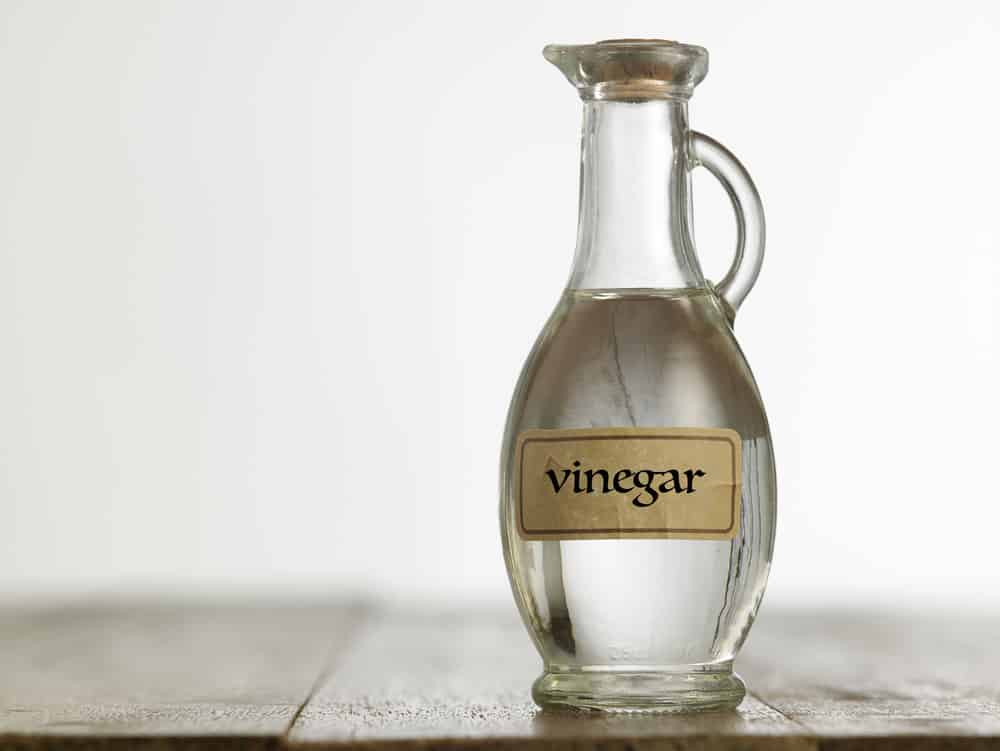 If you don’t like the idea of eating the white powdery mold, you can wipe down your sausage with a cloth dipped in a vinegar solution.

Simply add a dash of vinegar to a cupful of water, soak a clean cloth in it and wipe down the sausage.

Alternatively, you can remove the outer skin before eating the sausage. Most people do this anyway as the modern cellulose sausage skins are very tough and unpleasant to eat. 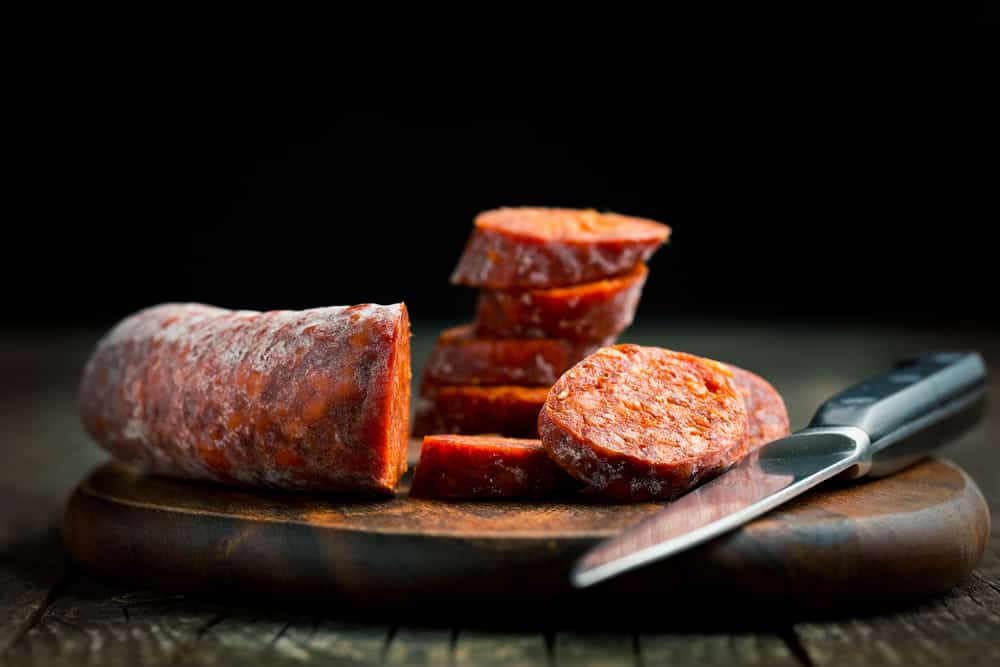 After purchasing chorizo, you will want to store it correctly. Fresh, uncured chorizo should be refrigerated. (Use within a couple of days or freeze it.) The dried type can be kept for up to 2 weeks in the fridge.

We hope this has answered your question about the white stuff on your chorizo sausage. If you have any further questions, please ask us in the comment section below. 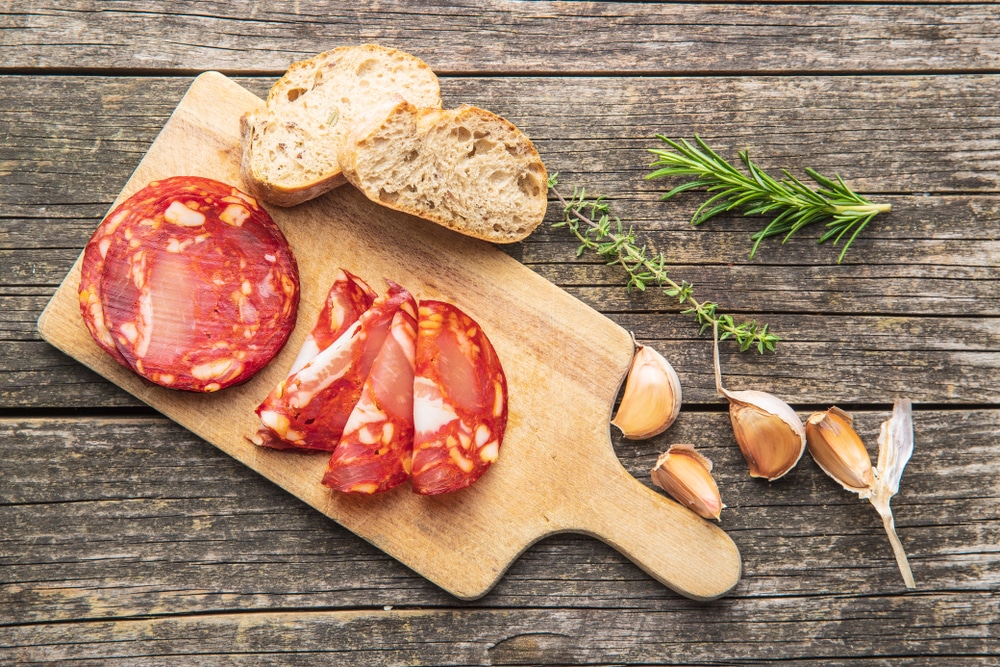