Rice, no matter what type, is widely used all around the world. From Asian to European kitchens, rice is a staple food ingredient that many people have stashed in massive quantities.

As a food staple that doesn’t spoil easily and one that has countless culinary applications, it’s no wonder that people buy in bulk to take advantage of better prices.

Out of the many varieties of rice out there, parboiled rice and white rice are two of the most popular and most commonly confused varieties. Both are nutritious and tasty, but each has its own distinct benefits and characteristics.

We are going to be taking you through a complete comparison so that you’re never left wondering what the difference is between parboiled rice and white rice again.

What Is The Difference Between Parboiled Rice And White Rice?

The main difference between parboiled rice and white rice is that parboiled rice cooks quicker with less chance of having its texture spoiled by overboiling than white rice while containing fewer calories, carbohydrates, fiber, and micronutrients than its counterpart as well.

Here is an in-depth breakdown of the exact differences between parboiled rice and white rice.

Depending on where in the world you’re situated, parboiled rice is probably the variety you’re most used to cooking with. It’s affordable, tasty, nutritious, and extremely versatile.

What Is Parboiled Rice?

Parboiled rice is partially boiled in its husk that’s been through a three-step process in which it is soaked, steamed, and then allowed to cool and dry.

Processing involved in parboiling makes parboiled rice firmer and not as sticky as white rice and other varieties.

Cleaned white rice is soaked in cold water for up to thirty-eight hours until it acquires a moisture content of between 30% and 35%. The extended soaking and heightened moisture cause the rice grains to split when later cooked.

Once adequately soaked, the rice is then steamed for approximately three hours. Finally, the hot rice is doused in fresh cold water and then drip-dried and cooled before vacuum drying and husking.

The steps involved in parboiling rice leave it with less inherent flavor than brown rice but roughly the same taste as white rice.

Parboiled rice consists of split grains which gives it a firm texture that’s not as delicate as white rice and not as chewy as brown rice.

There is no singular best use for parboiled rice. It is the standard variety that most households have grown up with and can be used across countless culinary applications. 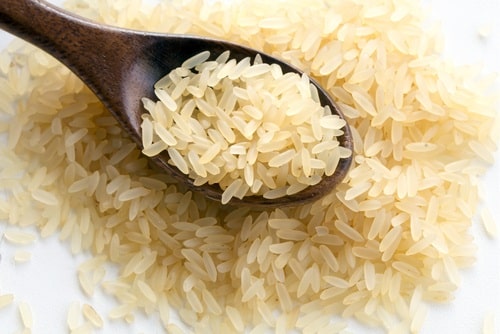 At three times the price of rice straight off the paddy, parboiled rice is highly affordable but not as cheap as white rice.

The processing that it undergoes ups the cost considerably but still doesn’t place it out of reach of almost all households regardless of their income bracket. Parboiled long grain rice sells for roughly $1 to $1.20 per pound.

There are certain recipes that call for a degree of stickiness where white rice is the only viable option. Here is what makes white rice different from parboiled and a close look at all its defining characteristics.

What Is White Rice?

White rice is long grain rice that’s been milled to have its husk, bran, and germ removed before undergoing polishing which gives it its characteristic shiny white look.

What makes white rice from other varieties of rice is that it has undergone the process of having its husk, bran, and germ removed. The flavor of white rice gets completely altered due to the milling process.

Before modern-day equipment and milling techniques, rice was pounded and processed by hand to ultimately remove the husk and bran layers, leaving a white rice kernel that’s free from impurities.

To break down the process, in the first stage, rice still covered in its kernel has its hull removed, which leaves you with brown rice covered with bran and germ.

During the second stage of milling, brown rice or rough rice is milled to remove the bran layer, which results in milled white rice. This is where processing stops for white rice while parboiled rice goes on to soak and then steam the rice further.

The extensive milling that white rice undergoes leaves it with far less inherent flavor than parboiled rice. It’s one of the most neutral varieties of rice available with a subtle taste that only hints towards the bold nutty flavor of brown rice.

White rice has a slightly sticky texture that’s firm toward the center and mushy toward the outside. It is far softer than parboiled rice.

While most cooks will find that white rice is perfectly done at the seventeen to eighteen-minute mark, it can take up to twenty-five minutes to cook in total. 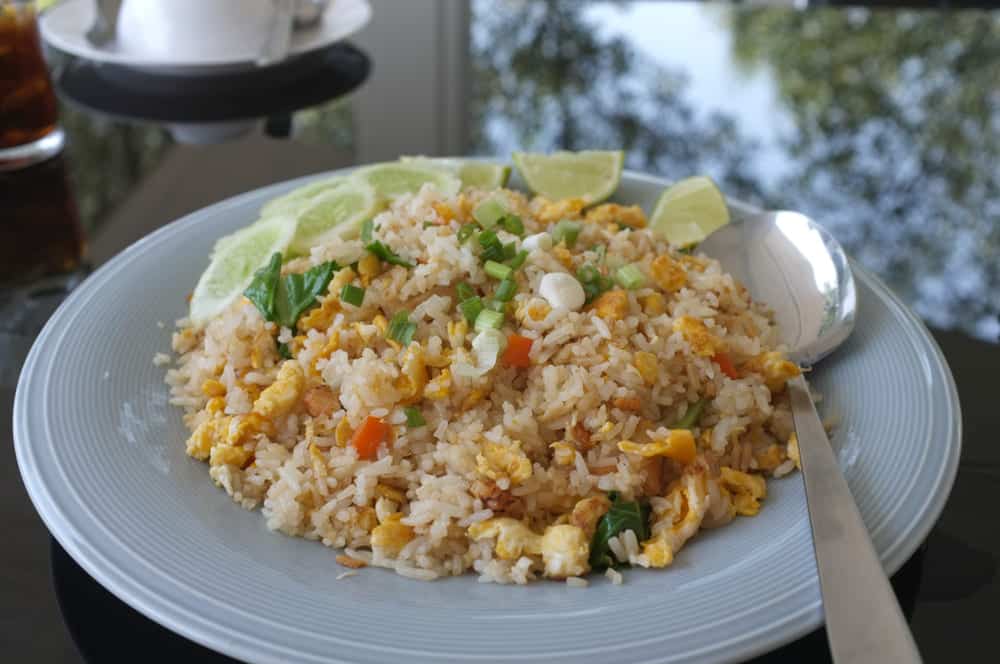 Long grain white rice is ideal for pilaf, casseroles, and any dish that includes the rice as part of the sauce or stock. It’s perfect for stuffing peppers and essential in creamy dishes like risotto and paella.

Milling destroys up to 65% of the thiamin, niacin, biotin, and pantothenic acid in rice.

The massive loss of micronutrients leads many to consider white rice empty calories, which makes many manufacturers enrich their rice with additional B-vitamins and iron.

Do You Cook Parboiled Rice The Same As Regular Rice?

Parboiled rice cooks from cold water just like regular rice but needs to be simmered for twenty to twenty-five minutes instead of the seventeen to twenty minutes that white rice cooks in.

Which Is Best Between Parboiled Rice And White Rice

Now that you know what the difference is between parboiled rice and white rice, it’s time to pick a winner between the two. The best variety depends on what you’re cooking and how much time you have.

The vast majority of families will prefer parboiled rice due to its slightly better nutritional benefits but mainly due to just how easy it is to cook.

Unless you’re experienced in the kitchen, white rice can be tricky to pull off to perfection. Keep this in mind when deciding which is the best choice for your next meal or cooking habits. 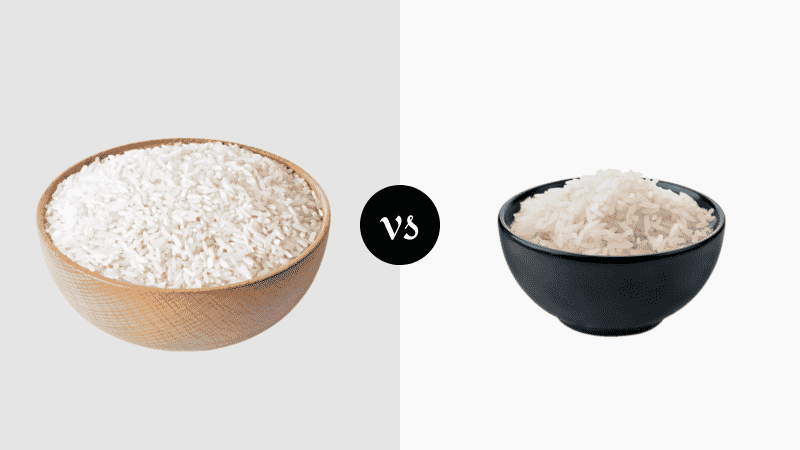