Vinegar is an acetic acid produced when bacteria add to any type of alcohol. Each species of vinegar has its own flavor profile. People love to spice up and charm their dishes with all kinds of vinegar; either white or brown. All types of vinegar have their own significance and use. Brown vinegar, which is also known as malt vinegar, is a flavorful vinegar having various uses; both in culinary, medicines, and cleaning. In this article, we will mainly emphasize what brown vinegar is, how it is made, and what its possible uses are. Read on to have a sound understanding of brown vinegar.

What Is Brown Vinegar?

Brown vinegar, popularly known as malt vinegar is a basic and traditional ingredient in fish and chips. It is quite famous in the UK. Malt vinegar or brown vinegar is ideally used in pickling and beans on toast. It has several other uses as well.

Apple cider vinegar is one of the best alternatives for brown vinegar because of the similar flavors and taste.

How Is Brown Vinegar Made?

Brown vinegar is basically obtained by the malting of barley. This causes the starch to turn into maltose. The brewed starch or beer then goes through the fermentation process to give a fine quantity of malt vinegar or brown vinegar. The fermentation causes the vinegar to be brown.

Although, most of the brown vinegar found in the local stores is extracted from beetroot. The strong dark color makes sure it tastes intense as well. Just like its name, malt vinegar, this vinegar has a peculiar malt taste.

What Are The Culinary Uses Of Brown Vinegar?

Besides so many health and cleaning uses of brown vinegar, the culinary uses top them all. Brown vinegar is a favorite runny sauce that adds lots of flavors to many dishes.

Here are some of the most common culinary uses of brown vinegar:

One thing you really need to take into consideration while using brown vinegar is the quantity used in a particular dish. An excess quantity of malt/brown vinegar might ruin your salads or other foods.

How Should You Store Malt Vinegar?

Now that you know the edible uses of malt vinegar, the next thing you need to consider is how to store it. Always keep a bottle of malt vinegar in a cool dry, place. Make sure the storage bottle is airtight.

Malt vinegar is best up to 6 months after you open the bottle. 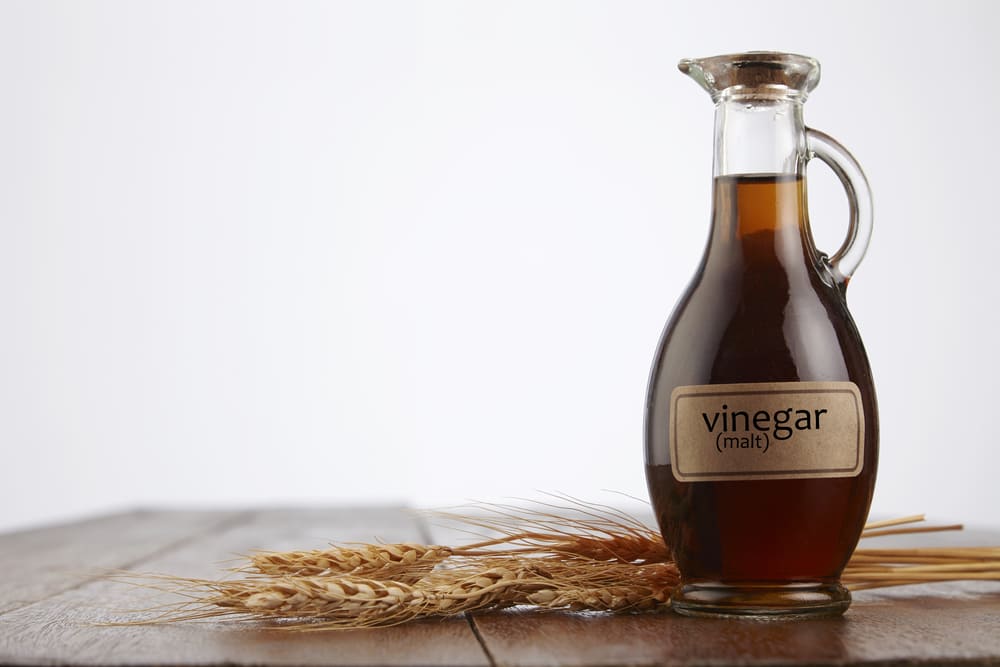