Long gone the times when you had to give up on certain dishes only because you were lactose intolerant. This is because people can easily substitute almond milk with milk, so they can enjoy the recipes without any harmful impacts (the ones that occur after consuming milk). With this article, we are sharing a complete guide on substituting almond milk with milk!

Almond milk the plant-based alternative to regular milk. It has various health benefits. Even more, it’s a gluten-free option which makes it extremely easy to bake with. The substitution is extremely simple and easy. That being said, you can substitute the same quantity (1:1 ratio).

People have been using almond milk as the substitution for milk when it comes down to baking. It can also be substituted in other dishes, and the outcome will be promising. However, when you are baking with almond milk, the baking time will be much lesser. Generally, you have to reduce the baking time by at least five minutes or ten minutes from the suggested bake time.

When it comes down to consistency, almond milk will have a thin consistency as compared to regular milk. That being said, if you have to substitute it in puddings or custard, you will need to add the thickening agent. You can add two to three tablespoons of the thickening agent, such as cornstarch and flour.

Almond milk works a great option for people who are intolerant to lactose. It is loaded with minerals and vitamins (vitamin E is available in a higher percentage). In addition, it’s a great replacement for milk if you are trying to cut down on calorie intake. For instance, one cup of the almond cup has around 36.6 calories, while regular milk has 83 calories in one cup.

On top of everything, there is no cholesterol in almond milk. Usually, the grocery stores will have fortified almond milk which is even higher in nutrition count. The fortified versions will have calcium, vitamin D, and protein. The calcium count is actually great, so you aren’t deficient even if you are intolerant to lactose.

We have already mentioned that almond has tends to be plant-based, and almonds are tree nuts. That being said, people who have nut allergies shouldn’t use almond milk as the substitute for milk.

In addition to this, you can always add vanilla extract for adding flavor. Some people also add honey, so it entirely depends on your taste. However, you shouldn’t add sweeteners if you have to use them to substitute milk in baking recipes. The almond milk can be stored in the refrigerator, and it will be safe to use for up to five days.

Whenever you have to use almond milk as a substitute for milk, you’ve to shake it well because it tends to get separated. In addition, this substitution is suitable for vegan people. On the other hand, you need to understand that substituting almond milk with milk can be complicated. As far as the substitution amount is concerned, you can opt for a 1:1 ratio. 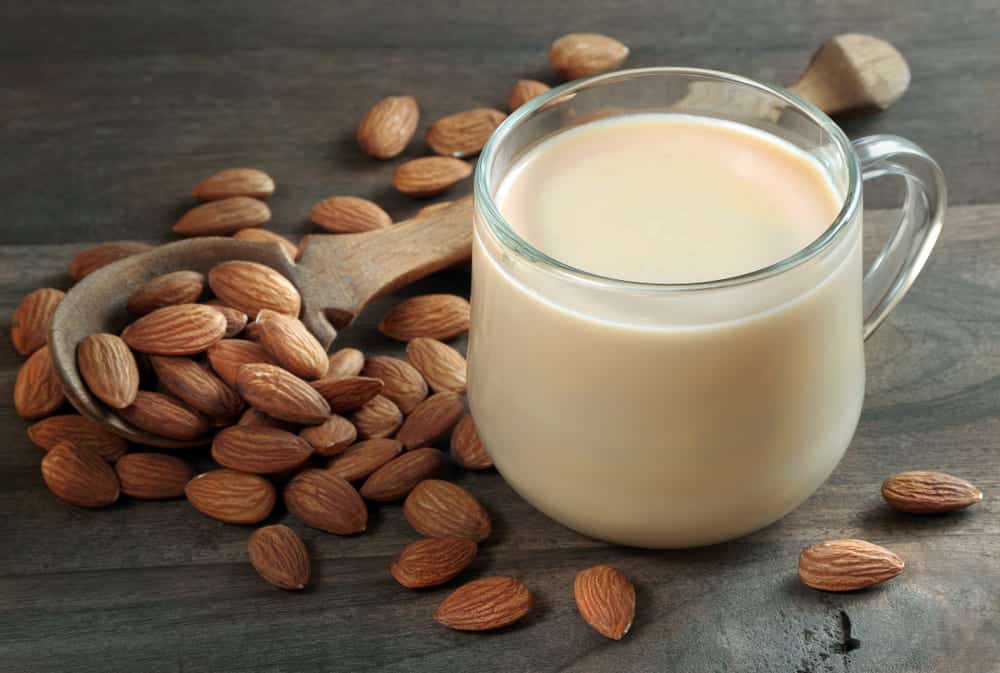