Whether you’re eating stews, steaks, soups, pasta, or veggies alone, strong, flavorful beverages are a must for many, served without giving it a second thought.

Two flavorful roots are widely used in making distinctive, flavorful beverages that we’ve all come to know and love.

Sarsaparilla obtained from a vine and sassafras, a root spice, were both in active use throughout the beverage industry and uniquely responsible for the taste of root beer. 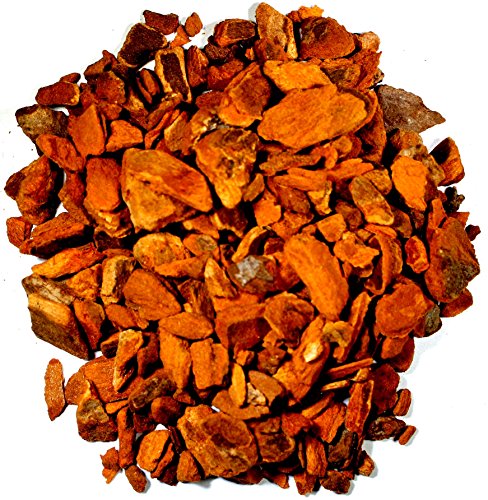 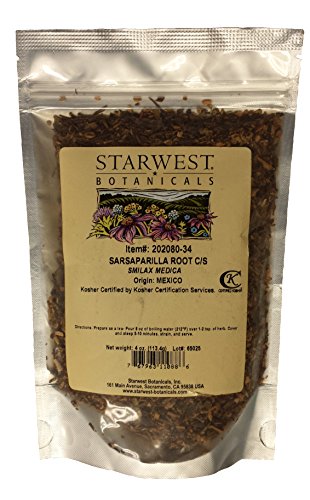 If you’re wondering which beer flavor suits you best, you’re at the right place.

In this article, we’re exploring Sassafras vs. Sarsaparilla in detail so that you know which to pick and which are available for your various uses. Read on to find out all the differences.

How Is Sassafras Different From Sarsaparilla? 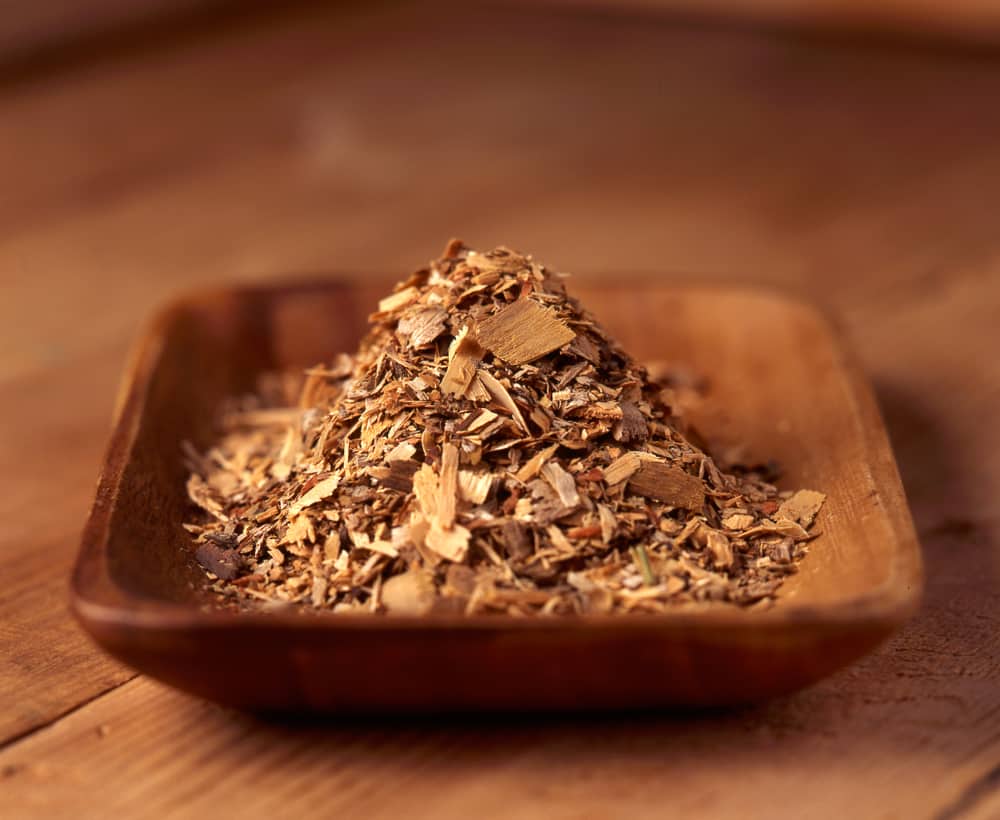 As a result, they’re vastly different from each other in many ways. Let’s take a closer look to learn more about Sassafras and Sarsaparilla so that you know where your favorite drinks come from.

Sassafras vs. Sarsaparilla: What’s The Difference?

Here’s a breakdown of all the defining differences between Sassafras and Sarsaparilla. 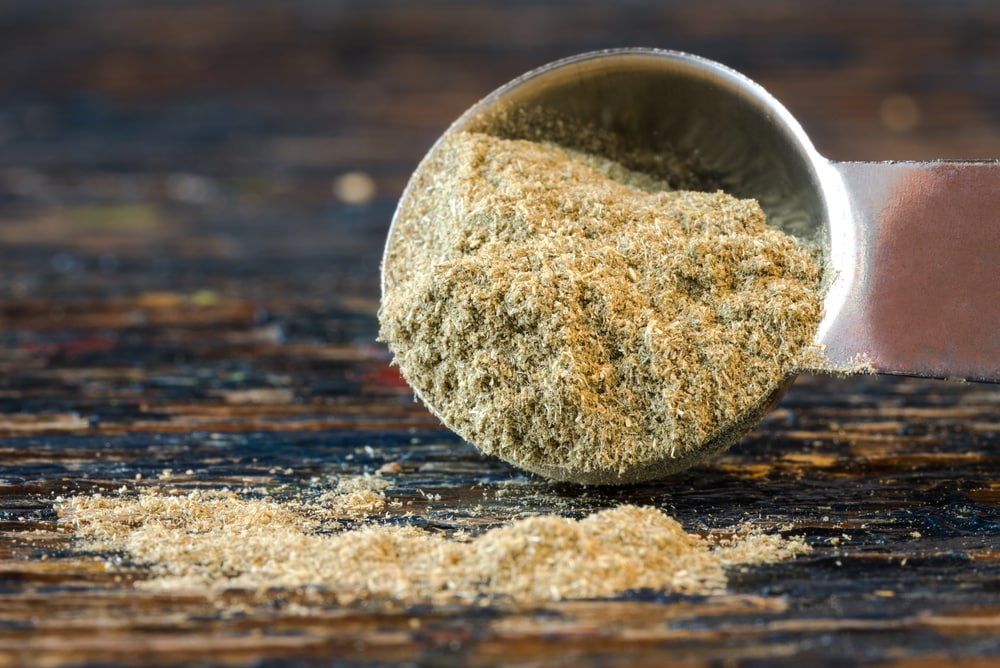 You used to be able to find all types of beverages and candy-flavored with Sassafras. It’s the key flavor recognized in root beer, extracted from the root bark of the plant.

Let’s take a closer look at what Sassafras is and the inherent benefits it holds.

The genus Sassafras refers to three trees native to North America and eastern Asia. All parts of the sassafras plant are used for cooking, aromatic and medicinal purposes.

However, the term sassafras almost always refers to the dried root bark powder obtained from the small deciduous vine.

Sassafras has an aromatic flavor profile that can be pinned directly to the taste of root beer. It’s earthy and has hints of lemon, eucalyptus, and anise, but one typically recognizes this amalgamation of flavors as root beer itself. 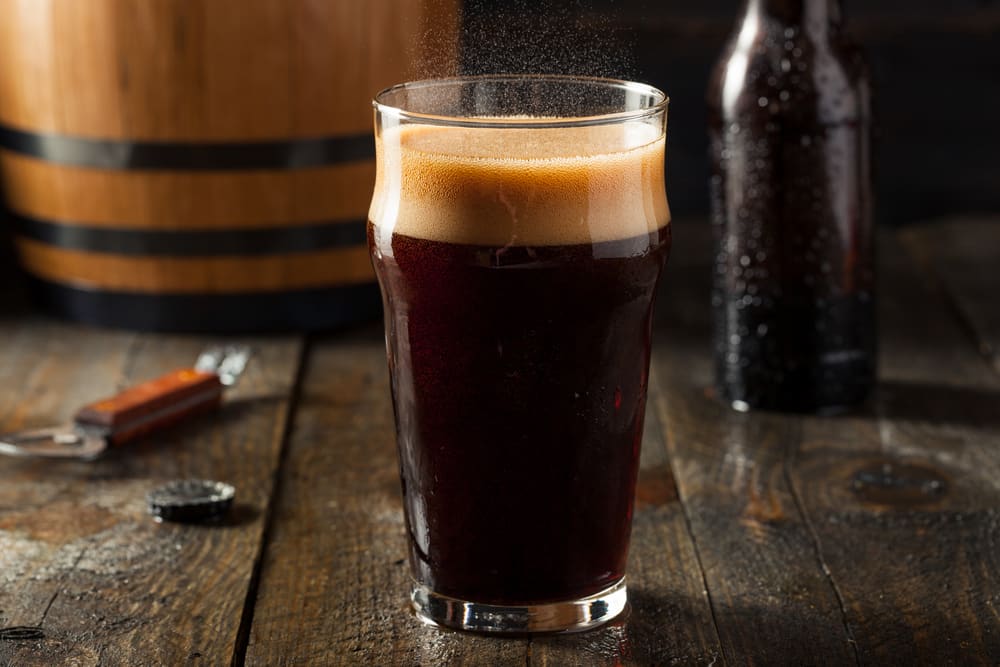 Sassafras albidum is the primary ingredient in traditional root beer. The leaves of the sassafras deciduous woody vine are also used in a traditional Native American tea and can also be used to cure and flavor fats and meats.

However, in 1960 the FDA banned Sassafras for commercial use due to carcinogenic concerns concerning safrole, the main compound present.

Sassafras is also used to make tonics and blood purifiers, flushing toxins thanks to high antioxidant levels. It is primarily found in pharmaceuticals across the globe.

You’ll also find the essential oil used as a natural insect and pest deterrent and in toiletries.

While not recommended due to the presence of safrole, ingesting extracts from Sassafras are believed to help with kidney problems, rheumatism,

Both sassafras wood and its oil are extremely beneficial to dentistry, serving as mild anesthetics and disinfectants.

Yet, despite the widespread medicinal uses, most Sassafras is harnessed in insecticides and are instead avoided by the food industry. 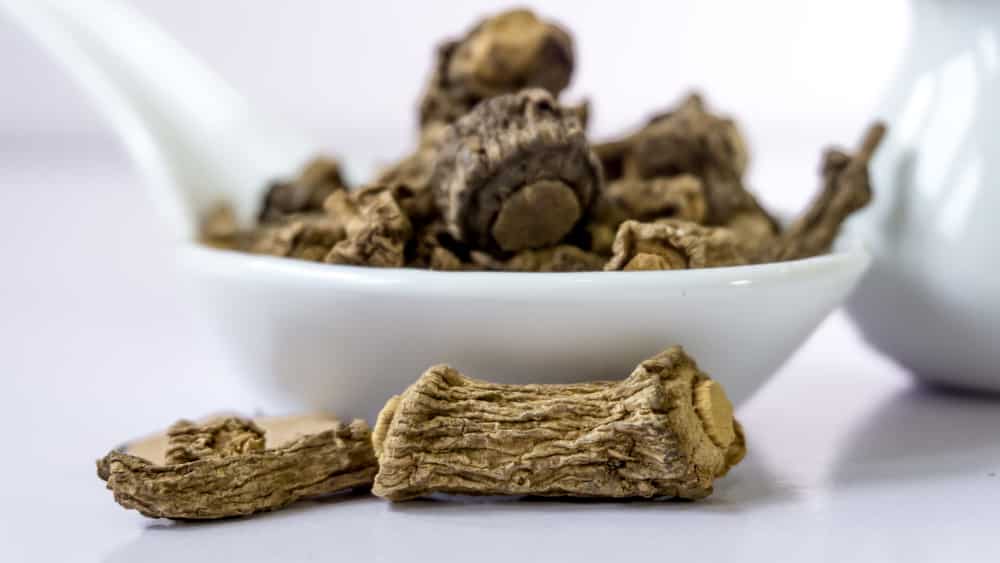 Most of us know Sarsaparilla’s flavor from root beer or the classic Sarsaparilla soft drink. trails. In Spanish, it’s called ‘zarzaparrilla.’

The plant derives its name from the word ‘zarza,’ meaning “bramble,” which is a direct reference to the way this vine trails. Let’s look closer into where Sarsaparilla is used today and what benefits it holds.

Many South-East Asian countries call Sarsaparilla a sarsi. There is also a Sarsi brand for Sarsaparilla soft drinks available.

Sarsaparilla, or Smilax ornata, is a native Mexican and South American vine that was once used to make a soft drink similar in flavor to root beer of the same name.

The original Sarsaparilla carbonated drink used a blend of birch oil and Sassafras dried root bark, but most manufacturers switched to Sarsaparilla flavoring after the 1960 FDA ban of safrole.

Sarsaparilla has an intense flavor comparable to root beer which can come off as a little bitter. It’s the thirst-quenching bittersweet taste that was so sought after in soft drinks.

Sarsaparilla is also a beloved ingredient in many BBQ sauces. 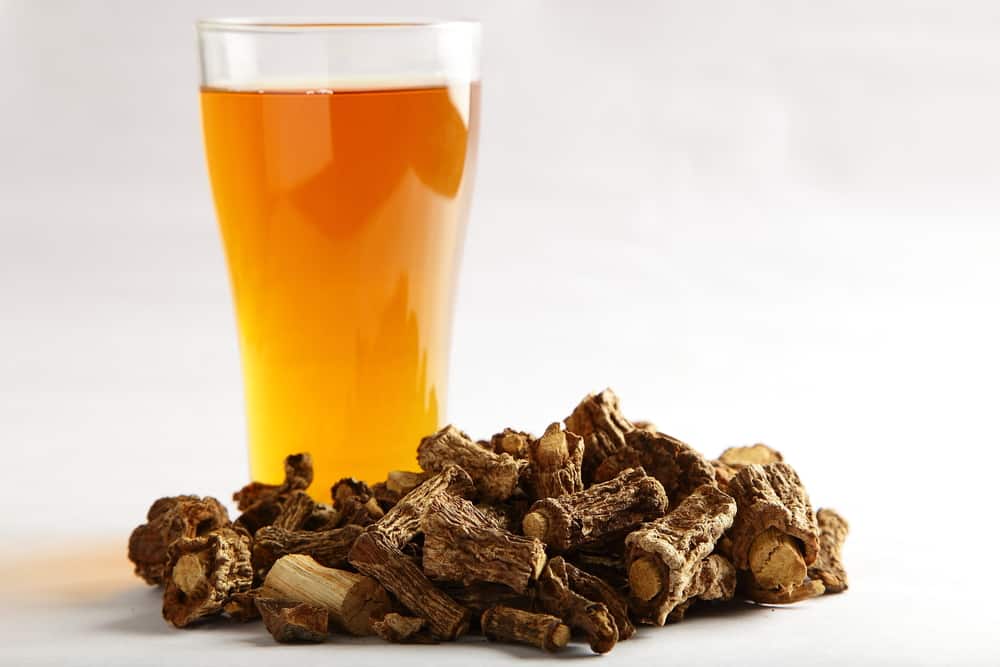 Traditional root beer used a combination of both Sarsaparilla extracts and sassafras root to reach its distinctive flavor.

Today, the leaves are eaten as you would any tasty leafy green, while the fruit is most often processed into jam or wine.

As a result, you’ll find Sarsaparilla used as a flavoring across many commercially produced beverages and medicines.

Sarsaparilla has been proven as a beneficial treatment for leprosy and syphilis, while Ayurveda loves serving the roots off the Sarsaparilla plant pickled for its pain suppression properties when combined with alcohol.

In addition, the leaves of the Sarsaparilla vine can be applied directly to skin irritation, wounds, and various other forms of topical trauma, healing,

and soothing pain thanks to potent anti-inflammatory properties similar to sassafras root.

Sarsaparilla has been proven as a beneficial treatment for leprosy and syphilis, while Ayurveda loves serving the roots off the Sarsaparilla plant pickled for its pain suppression properties when combined with alcohol.

Traditionally, Sarsaparilla has been used to treat STDs like gonorrhea as well as fevers and gastrointestinal distress.

Do You Still Find Sassafras And Sarsaparilla? 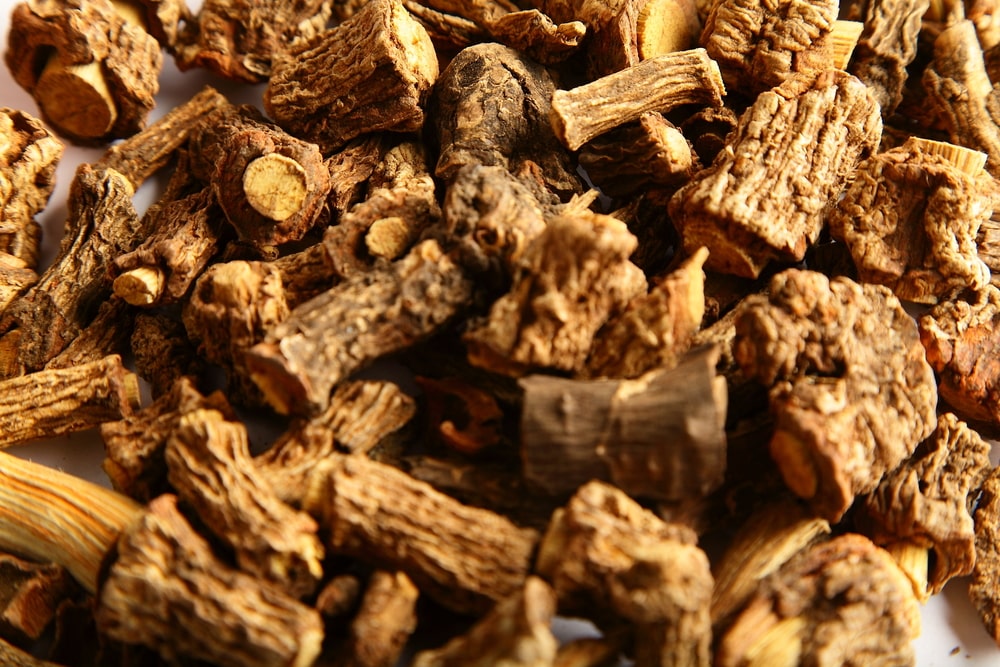 These days, it’s pretty hard to find any food or drinks containing sassafras extract due to the legality and health risks.

Dried Sarsaparilla root is commonly available as a health supplement, but you don’t find that many root beers utilizing the original plant extract itself.

Instead, today’s root beer is no longer made from the root bark of Sassafras or the bark of the Sarsaparilla vine but instead uses artificial sassafras flavoring to avoid the carcinogenicity of safrole. 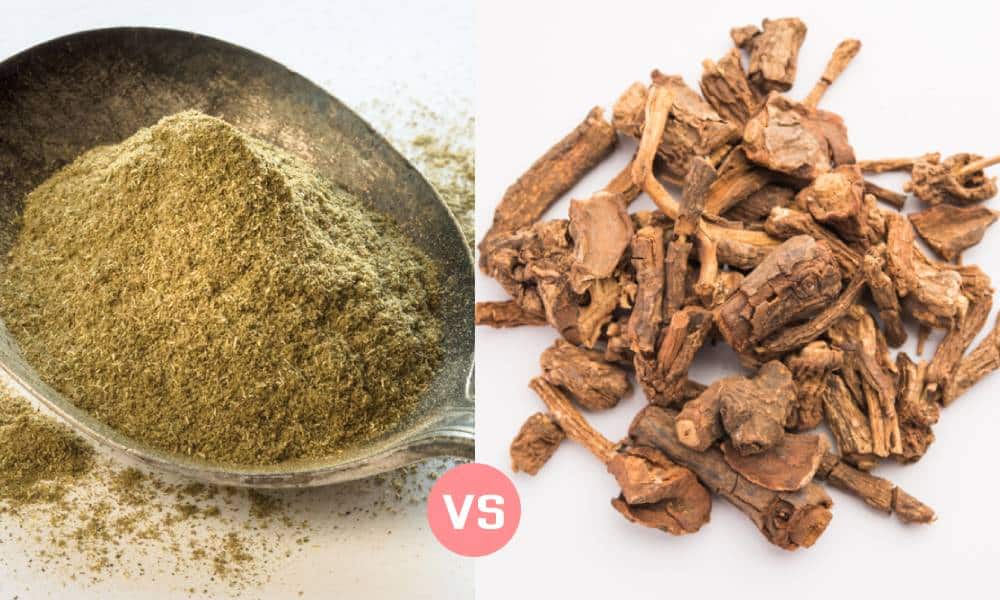