What You Need to Know About Pressure Cooking

Pressure cookers have been used for a long time especially for commercial purposes. As such, you are likely to find them in almost every commercial kitchen because they speed up cooking times. However, they are not a staple in many homes. Pressure cookers consist of two models, which are the stovetop model and the countertop units. The stovetop model is a heavy pot and has a release valve for pressure and lockable lid while the countertop unit has its heating element located around its locking cooking vessel. However, both models speed up cooking times by heating the liquid to produce steam. This steam trapped inside raises the pressure in the pot which has the effect of raising the temperature very quickly without needing extra heat.

The truth about pressure cooking pasta at home

When opting to cook pasta at home, use a home pressure cooker. The best pressure cooker for pasta recipes is a second generation pressure cooker that comes with a three-ply base. Only put in the amount of liquid that the pasta will absorb to get soft without exceeding that amount. You can use water or a flavorring liquid or sauce such as broth. Ensure that it only barely covers the pasta and use the pressure cooker to speed up cooking times and extract as much flavour or steam as possible to make the pasta pliable and flavorful.

As mentioned earlier, the shape and length of the pasta determines the length of time you need to cook it. The best pasta to use for pressure cooking is short or medium shapes. However, you can use long strands of pasta by placing the ends in the boiling water until they soak up enough to press down their lengthss into the cooker. This makes it possible to cook the long pasta shapes. Alternatively, you can break the strands into shorter lengths to fit into the pot. Here is a chart of pressure csooking pasta times to give you a better visualization of how long your particular pasta dish will last. 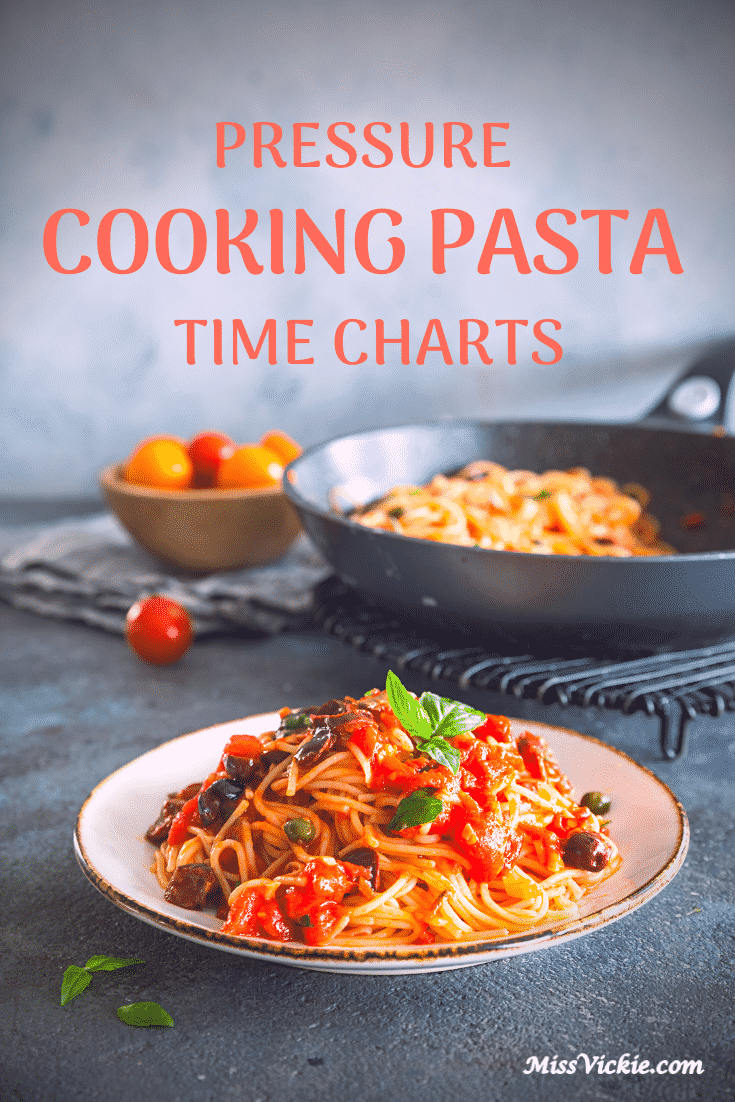