Mortadella is a fairly popular type of meat that is used as an important ingredient in all sorts of different recipes. This includes things like sandwiches, appetizers, homemade combinations which act as snacks, and more. It is also delicious when eaten without any other ingredients. In fact, raw mortadella itself is also a fairly popular snack among some people. This specifically refers to raw mortadella which is cut into relatively thin slices. In short, people like mortadella as it is a great versatile ingredient that can be used for all sorts of different things. If you were making something that requires mortadella but forgot to get some, you don’t have to panic at all.

You’ll be pleased to learn that there’s a lot of different substitutes for Mortadella. These substitutes are mainly for specific and you should be able to try out at least one of them depending on what you’re trying to make. We’ve mentioned a few of the best mortadella substitutes below, along with a bit more information about them. Just take a look at the list below if you wish to use an alternative ingredient for mortadella regardless of the reason.

Bologna is pretty much the best alternative that you can use for mortadella. Both bologna and mortadella are the same things in their essence, with the only main difference being the chunks of fat. While mortadella has those small chunks of fat in it which some people like, bologna doesn’t feature anything of the sort. Regardless of this, both the meats are very similar in other aspects. For example, their overall texture is quite similar. The taste of both mortadella and bologna can also be quite similar depending on the cooking method.

This is pretty much the exact reason why Bologna is considered one of the best mortadella alternatives. As both of them have the same texture and mainly feature the same taste, you can easily use bologna as a replacement for mortadella in just about any meal. You will surely love well-made bologna if you’re a fan of mortadella and wish to try out something similar. You can never go wrong when trying to use it as a substitute for mortadella in any of your recipes.

Salami is one of the best options for those that like the texture and chunks of fat found inside of mortadella. Salami also features a similar type of chunks of fat and is very common, meaning you should be able to get some easily. It is another type of cured sausage and mainly consists of pork or beef, along with a few other types of fermented meat. Salami is a good replacement for mortadella inside of sandwiches, but it must be said that the overall taste of the two different types of meat is quite different. However, you should still try salami as an alternative for mortadella if you’re looking to try something new and like the texture as well as the chunks of fat in the latter.

The olive loaf is another good option for those that need a good alternative to mortadella. It is pre-cooked and cut into multiple thin slices which are then added to different types of food, just like mortadella. The olive loaf is a somewhat unique type of meat, as it features olives scattered all around its insides. These olives give the olive loaf a strong olive-like taste and help the meat to develop a juicy and delicious taste. If you’re a fan of mortadella and olives alike, you should definitely try using olive loaf as an alternative for it.

Land Jager is another very good option for those interested in alternatives for mortadella. It is a type of sausage that originated from Europe. It is commonly used as a material for snacks, much like mortadella itself. It is generally made with beef and/or pork by preparing them with a wide range of spices and smoking them. Its overall taste is quite similar to that of pepperoni, but it is still an effective substitute for mortadella in a wide range of meals. 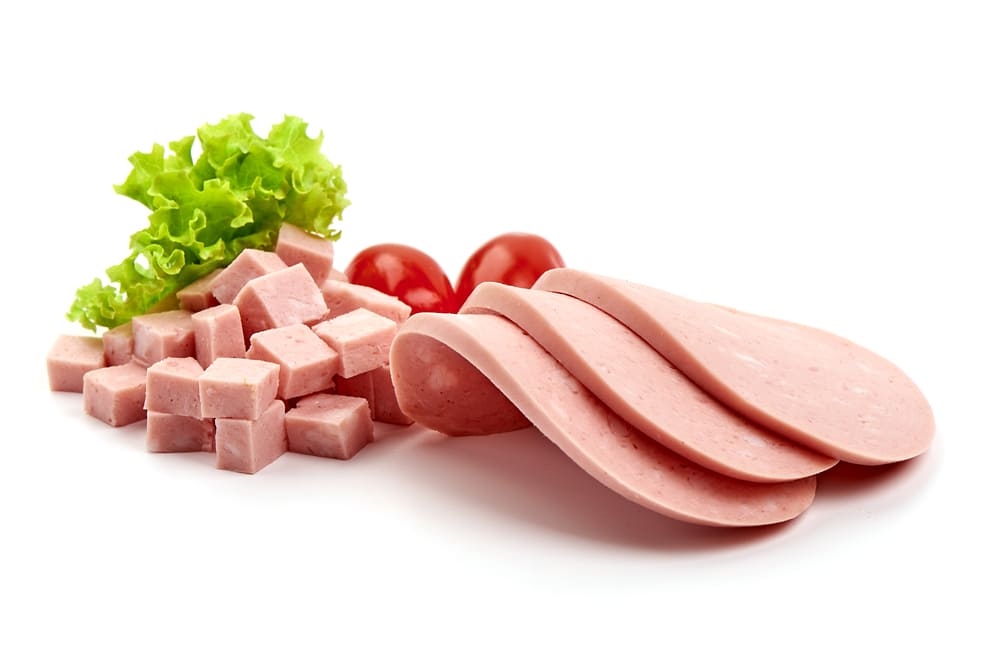