Italian sausage is a type of pork sausage quite popular in many parts of Europe, the US, and many other places all around the world. It is used for preparing a variety of different foods and is often a key ingredient in almost every single recipe it is in.

You’ll find many people saying that it is such a key ingredient that it’s almost irreplaceable. But that isn’t true at all. Just about any ingredient in the world has at least one or two good substitutes for it, and the Italian sausage is no exception to this.

There are lots of good options out there when it comes to alternatives for the ingredient. These can usually work for any recipe which calls for the use of Italian sausage, making them good options.

Some of the best substitutes of all which come to mind have been given below. As we’ve mentioned, there are lots of good options. But the few mentioned below are more preferable than any of the others, which is exactly why they’re all a part of our list which you’ll find by continuing on reading below.

As we’ve already pointed out before, Italian sausage is one of many types of pork sausages out there. That’s why you’ll find it being somewhat easily replaced with a number of different pork sausages.

But, this statement is only true when said different pork sausages are prepared in the correct way. That said, the first entry on our list is ground pork sausage, which is something you’ll easily be able to find in a local store depending on where you live.

Once you get this, don’t use it as an alternative straight away as there’s still a little work to do. The first and most important step of all is seasoning it with a little fennel to give it that Italian sausage-like taste.

You can also add spices and other things of the sort to give it more of an Italian sausage feel. After all this is done, the ground pork sausage you’ve prepared will be an ideal replacement for Italian sausage in whatever recipe that comes to mind.

One of the healthiest and preferred substitutes for Italian sausage is vegan Italian sausage. The name of this ingredient tells you pretty much everything there is to know about it. It’s almost exactly like its all-natural counterpart, with the difference being that it doesn’t use any pork or other substances that vegetarians or others that don’t eat pork would not consume.

You’ll be able to find vegan Italian sausage in any local store that has a vegan foods section in the shop. Even if they don’t, you should be able to get them to order it for you without too much of a problem. The taste is very similar and so is the texture, making this another good replacement for the ingredient in most recipes that come to mind.

Toulouse-style sausage is another popular type of sausage named after a place, and another sausage that is also made primarily with pork. It is also known as Saucisse de Toulouse as some, as it was its original name. It features 25% belly and 75% lean meat from pork.

Toulouse-style sausage is widely used as an alternative for Italian sausage, mainly thanks to it being another fairly common type that can be found at local stores. Although this of course depends on where one lives.

These sausages on their own have a very similar taste to Italian sausages and a texture that matches them to thanks to both of them being similar types of ingredients. But to make them even more alike and transform Toulouse-style sausage into the ideal replacement for Italian sausages, you can season the former in fennel.

There are some other things that can be added to give it further likenesses too, but these should or shouldn’t be added depending on the specific recipe you’re following, so make sure you do some research before trying anything out. 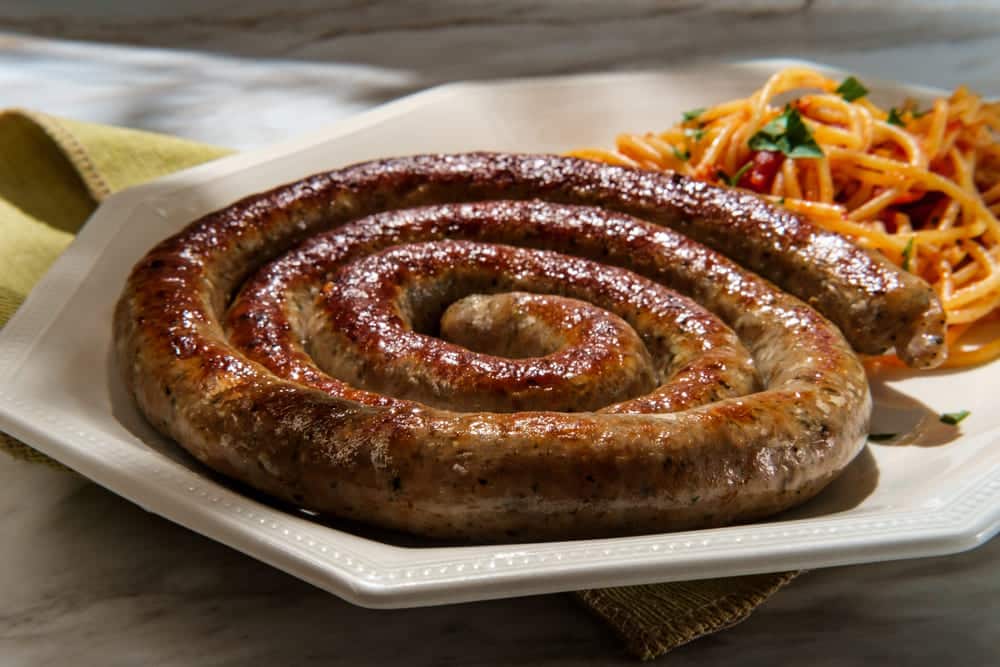