How To Use A Pressure Cooker On Electric Burners

This is an important consideration when using a pressure cooker because since the cooker is typically brought to pressure when exposed to maximum heat when it finally reached pressure, the cook is supposed to turn down the heat from the source to the lowest setting for pressure to be maintained.

Refusing to turn down the heat can result in scorched dishes or worse, it can cause the secondary pressure release valve to become activated, which will release huge amounts of vapor to stop the pressure from building any further than the pressure cooker can safely tolerate.

To use a pressure cooker safely on an electric burner, consider removing it from the burner to allow it to cook once it reaches pressure. If you do not remove the pot from the heat, it will continue to insulate the electric burner, which will reduce its ability to cool down considerably. Your pressure cooker should be able to maintain pressure even when it is removed from the heat source. Once it starts cooling, you can return the pressure cooker back on the burner but you should ensure that it is set to the lowest heat setting in order to complete the cooking process.

Alternatively, you can try to use a gadget known as a flame tamer or a heat diffuser that will make it a lot easier to control the temperature of the burners. Flame tamers and hear diffusers are easily accessible for purchase in most stores that specialize in camping or barbecue equipment. 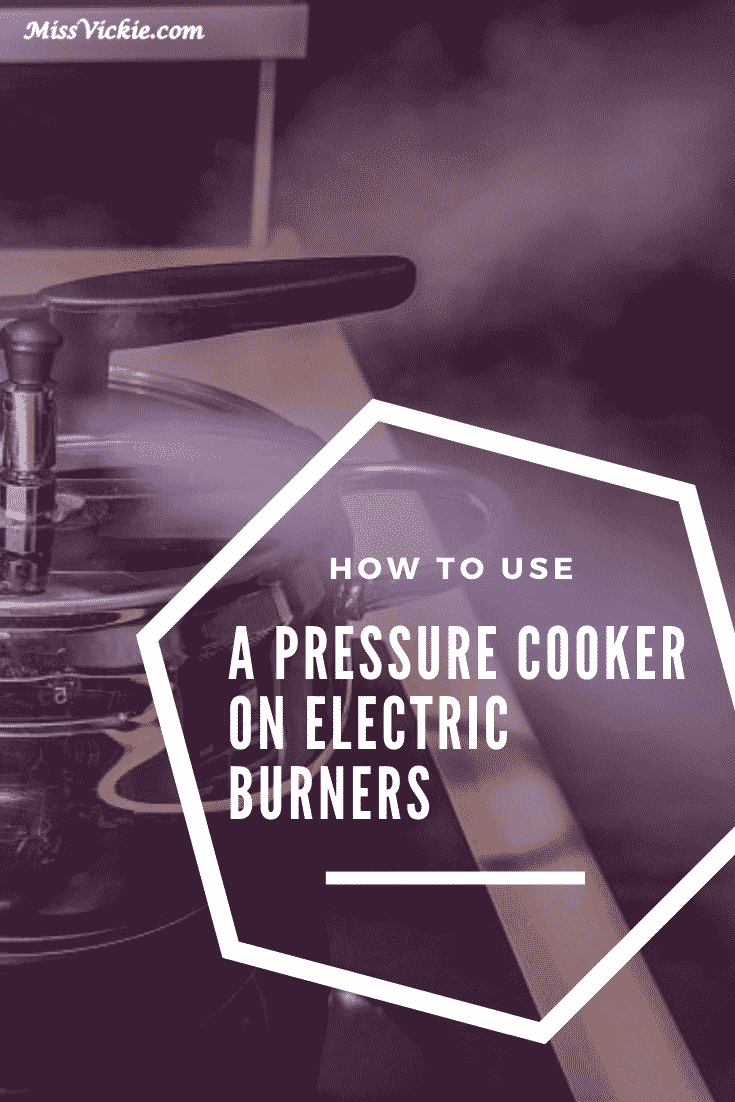