One of the many seasonings that you’ll find in the culinary world is celery salt. It is a great seasoning for many savory dishes and can add to the flavor.

Celery salt is simply a powdered salt made from ground celery seeds and salt. Celery salt is an effective alternative for when fresh celery stalks are unavailable.

The celery seed in the salt has a stronger flavor and aroma than that of fresh celery stalks. It has a slightly spicy taste with hints of citrus, parsley, and nutmeg.

Of course, nothing beats the real thing and enthusiastic cooks are never the same without fresh celery.

Next time you buy a bunch, slice any leftovers up finely, leaves included, and freeze it in small plastic bags. This can be added to recipes as you need it. You’ll never be without celery again.

Alternatively, instead of discarding your celery leaves when you’ve used the stalks, make some dried celery flakes. Just put them on a baking tray at a low temperature in your oven for about an hour or until they are dry and crumbly.

Crumble them with a small amount of salt and store in a glass jar in a cool, dry place. Use a teaspoonful for each celery stalk called for in the recipe.

You can make your own celery salt too by simply grinding two parts of salt to one part of celery seed.

A good celery salt substitute for those who are watching their sodium intake is pure celery seed. This has a similar flavor to fresh celery. Use a teaspoonful when a celery stalk is called for.

However, to get back to the original question.

Is it acceptable to use celery salt as a replacement for celery stalks?

Yes, it is certainly possible to use celery salt as a substitute for the fresh stalks because the flavor is similar.

In fact, the salt produced from celery seeds is actually one of the best possible alternatives for celery that you could use in most dishes.

However, you do need to know exactly how much celery salt equals a single celery stalk if you intend to use it as an effective substitute in your recipes.

How Much Celery Salt Equals One Celery Stalk?

You can’t use celery salt as a substitute for celery stalk if you don’t know how to convert between the two.

Unfortunately, there isn’t an exact way to convert between the two because of variations in stalk size and recipe variations.

Instead of trying to convert celery stalks to teaspoons of celery salt, we would recommend rather looking at the quantity of salt called for in your recipe. Substitute this for celery salt.

You need to carefully watch the salt content of your recipe too because remember, celery salt isn’t pure celery but also contains a good deal of salt. Taste it once cooked and add more salt if needed.

Celery salt is capable of acting as an alternative for celery stalks and regular salt at the same time.

Just add the same amount of celery salt as the amount of regular salt that you would have added anyway. Once you do so, there will be no need to add either celery stalks or regular salt to your dish.

This isn’t a direct conversion between both ingredients, but it is still an effective one. Once you add the celery salt, you’ll be able to get a similar taste to the one you would have achieved with the celery stalks.

If you’re just using plain celery seed without the salt, then use a teaspoon of celery seed to substitute for a whole celery stalk.

We hope these tips help with your immediate issue and your celery recipes in the future. Happy cooking! 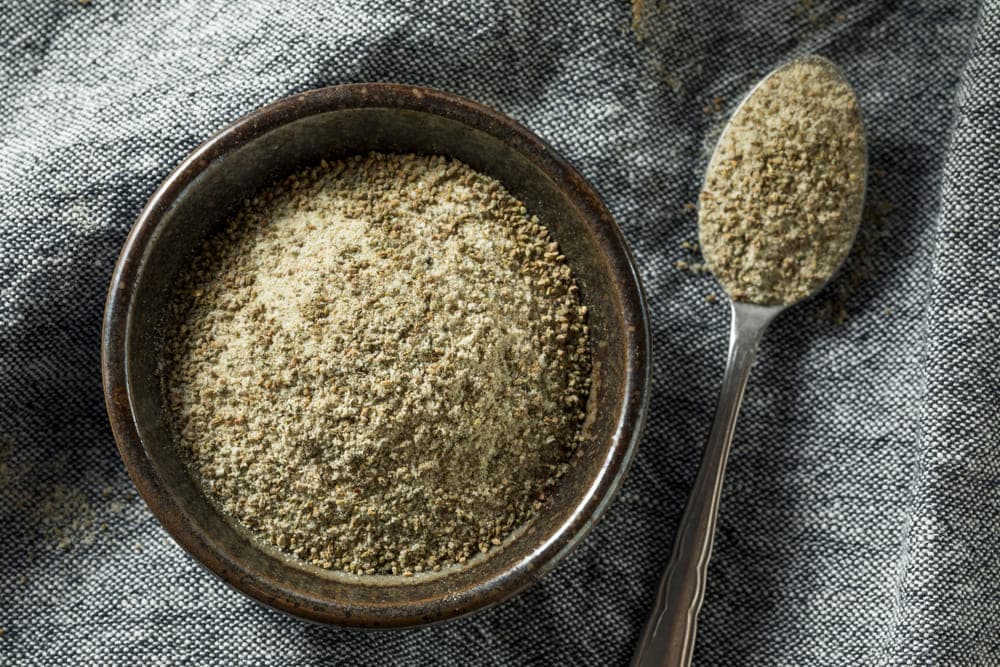