High-Gluten Flour – What Is It?

To begin with, vital wheat gluten is available in more than one form. Generally, it’s known as seitan, but it’s a wrong approach since it is completely different. This is the flour-like and dry powder which is known as the dough conditioner. This ingredient goes perfectly in different bread recipes and will enhance the characteristics of the dough.

It wouldn’t be wrong to say that it’s the wheat flour that has been made after removing starch. The starch elimination will leave behind the wheat proteins. That being said, it can be mixed with water to make gluten, hence a fine replacement of high-gluten flour. This combination will stretch under pressure. Also, it will raise the bread and expand it.

As far as vital wheat gluten is concerned, it is made by mixing together water and wheat flour, which makes dough. Then, the dough is washed for stripping and dissolving starch. That being said, it has dried at extremely controlled temperatures because extremely higher temperatures can damage the functionality of gluten.

In the case of gluten, it will provide a proper structure to bread and gains an elastic and extensible image. All in all, these components will make it suitable for yeast-raised bread. Even more, it can add strength which even results in bug crumbs and chewy crust.

To begin with, bread flour is made with hard wheat, be it the hard red winter wheat or hard red spring wheat. When it comes down to the protein count, it has around 11.5% to 13.5% protein count. Gluten is an important part of bread flour which is the composite protein that is made by agitating, leavening, and fermenting. It is responsible for recoiling the dough or retain the shape after pulling and kneading.

When it comes down to the bread flour, the gluten content makes it suitable for sweet yeast dough, croissants, and soft rolls. In addition, people have to think about starch since it’s the building block of flour. It has the capacity to absorb water and is usually damaged to absorb even more water. That being said, bread flour has a lower broken starch content, which means you don’t need to add much water for kneading it.

Bread flour is usually made with the addition of malt barley with potassium bromate and vitamin C, which improves the elasticity. That being said, it goes fine as a replacement as a high-gluten flour substitute in yeast bread.

We are pretty sure that you would be aware of all-purpose flour because it’s an important part of every kitchen pantry. The all-purpose flour is made with a combination of low-gluten soft wheat and high-gluten hard wheat. That being said, it can easily replace high-gluten flour in the majority of recipes, such as pancakes, tacos, layer cake, and chicken tenders.

The all-purpose flour has a fine texture with around 10% to 12% protein content. There are two forms of all-purpose flour available, such as bleached and unbleached. When it comes down to replacing the high-gluten flour in yeast doughs, you can use the 1:1 ratio.

For the most part, pastry flour has a fine texture and soft form. It has a low protein percentage. However, the protein count is good enough to provide structure to bread and cakes. In addition, it helps create an airy and light texture. In addition to pastry flour, one can also use cake flour since protein content is the only difference. 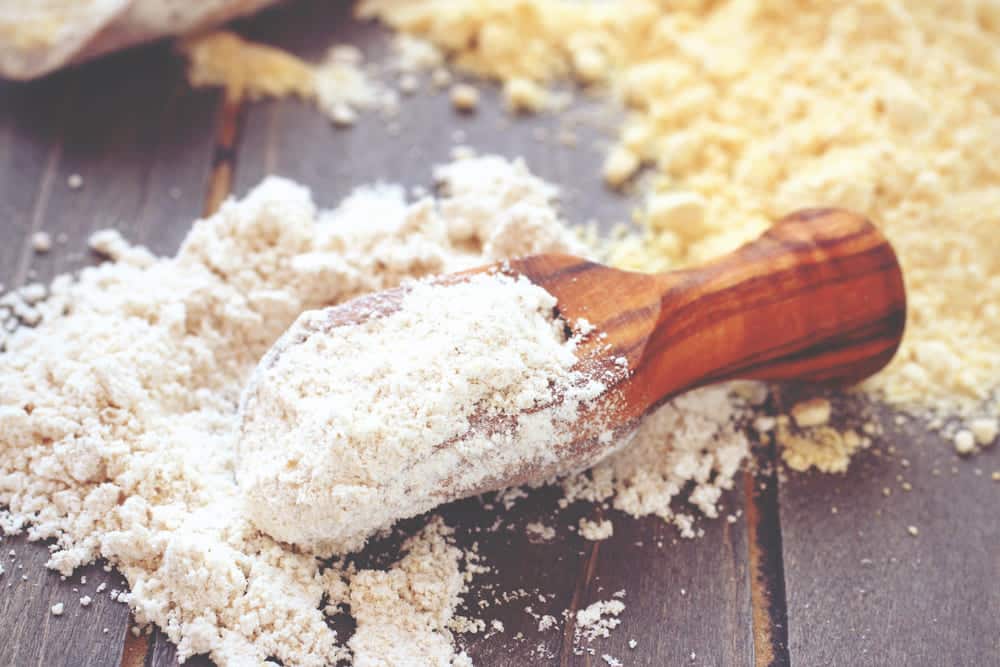