Soda is one of the most popular beverages globally, with Mexico and the US consuming the most every year. Some people call it soda, while others call it pop or fizzy drinks, but it is defined as a non-alcoholic carbonated drink.

Believe it or not, the first carbonated sodas were made in the 18th century and were marketed as health drinks! The top beverage brands are Coca-Cola, Pepsi, and Red Bull, in that order.

Have you ever wondered if it is strictly necessary to keep soda in the fridge once it has been opened? Will it go off if not refrigerated? Read on, and we’ll answer the question for you!

Do You Have to Refrigerate a Soda After Opening It?

The drink will not go bad if you don’t refrigerate it after opening. Most soft drinks contain so many preservatives that there is no way they will go off if they are not chilled. Some people believe that opened soda goes bad after a few days, but this definitely isn’t true.

Even if you leave it out for longer than a few days and it starts to develop mold on the surface, the soda itself will still be safe to drink. This developed mold has been tested and was found to be mainly safe. Its few negative effects are minor.

Not that you would drink it, but it’s good to know if you are ever stuck on a desert island one day, and a soft drink bottle washes up on the beach… Of course, it is still recommended that you don’t consume it.

The real reason why so many people say that you should refrigerate soda after opening it is that it completely loses its taste after being left out for a few days.

Soda drinks have fizz because of the carbon dioxide dissolved in them at high pressures. This carbonation provides a weak acid (carbonic acid) to the drink, giving the drink a slightly tangy flavor perceptible to the tongue. It also acts as a preservative.

When the soda is opened, the pressure inside the bottle drops. This makes the carbonic acid inside change to a gas, and it escapes as fizzy bubbles of carbon dioxide. Once these have all escaped, we say that the drink is now “flat.”

However, as you can see, what makes soda taste flat is not how many bubbles it has but how much carbonic acid is still in the liquid. Therefore, it has lost not only its fizz but also its carbonic flavor. This flat” taste is something few people enjoy.

Many people claim that soda fountain machine sodas taste fresher than soda from a can or bottle. This isn’t their imagination. Soda fountains utilize chilled carbonated water that holds the carbonic acid much better, resulting in fizzier and fresher tasting soda!

As you can see from the details we’ve given above, it actually isn’t necessary to store sodas in a fridge after you open them to stop them from going bad.

No harmful effects will ensue, but the taste will not be the same. However, chilling the bottle will slow down the rate at which the unsealed drink goes flat because carbon dioxide dissolves into the air quicker at warmer temperatures. Also, tightly screwing the cap will also help to keep the pressure up. 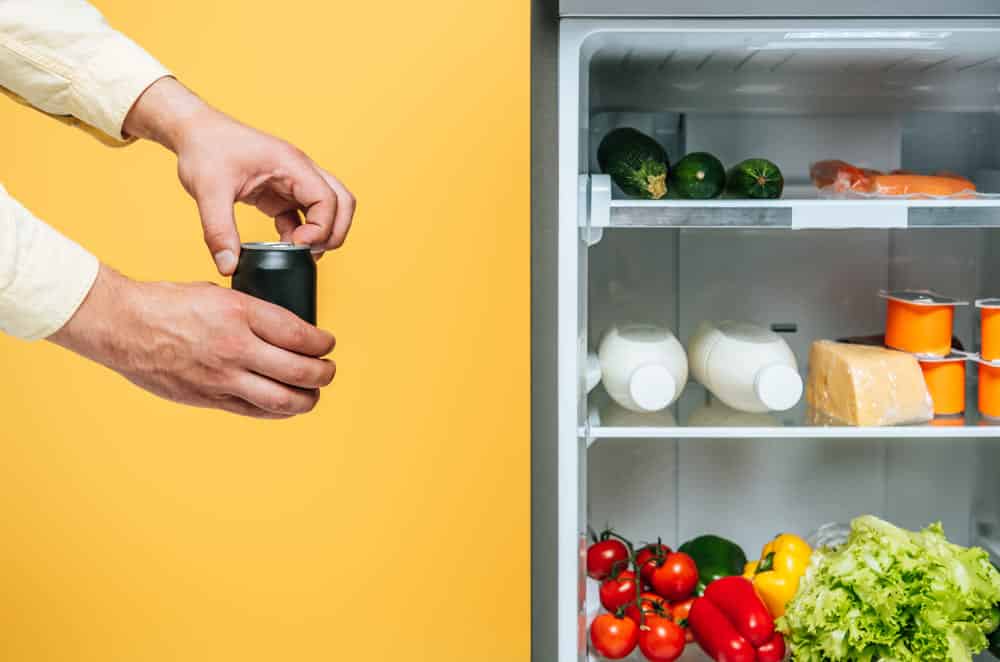