Air fryers are all the rage these days, especially among people who want to eat healthier foods- they can cook food without oil and make the food perfectly scrumptious.

Air fryers are designed to cook by a convection mechanism in which hot air is distributed around the food at a steady temperature.

A leading brand amongst air fryers on the market is Cuisinart. Their air fryers are durable, efficient, and budget-friendly. 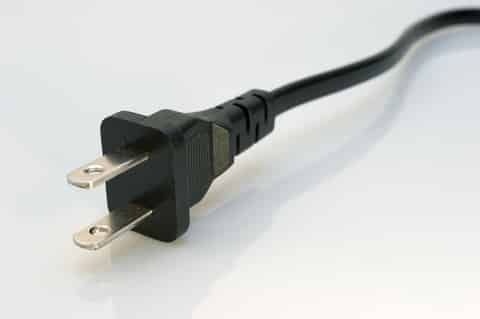 If the power cord is damaged, the transmission of the electricity will be impacted, and the air fryer won’t switch on.

For troubleshooting, start by connecting the air fryer to different outlets. If it still doesn’t turn on, look for damage to the power cords or cable. A repair shop can help figure out if a defective plug, cable, or some broken machine component.

2. It Switches Off During Cooking Session

What’s worse than an air fryer not working? The appliance shutting down while you’re getting ready to eat, of course!

If your Cuisinart air fryer works well initially but switches off in the middle of the cooking session, there’s probably an issue with the electrical connection. 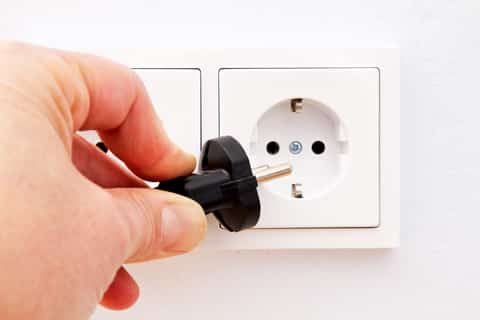 If that doesn’t work, there are chances that your power source is at fault. Switch to a different outlet, and it may not switch off during the cooking session again. If the problem persists, you may need repairs or replacement.

Smoke escaping from your Cuisinart air fryer is not only scary but a major sign of malfunctioning. Regardless of what you’re cooking, it’s crucial to unplug the air fryer to avoid a kitchen disaster immediately.

As there are different colors of smoke, like white, blue, and black, coming from an air fryer, it’s essential to know what each means. All these smoke colors represent a different issue, and we have explained them all in the section below. 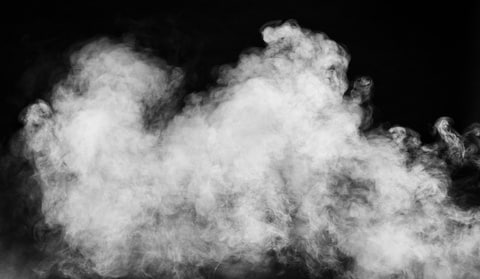 In the case of white smoke, too much steam collecting inside the appliance is the likely culprit. Excess steam is produced when the food in the air fryer is moist or has too much fat content.

You must be mindful of what you cook in the air fryer and follow cooking instructions and water content guidelines.

On the contrary, if you aren’t cooking any such food items and the white smoke is still escaping, you need to plug it out. Take it to a repair shop once the air fryer is switched off and cooled down. 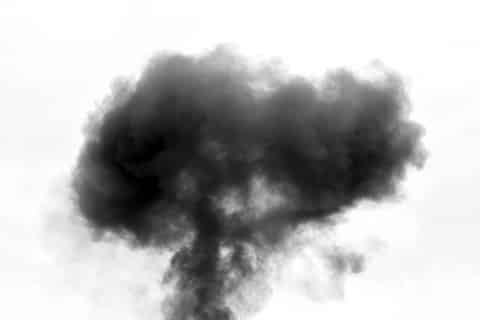 Black smoke usually arises when fatty foods are burned– the oil from foods collects in the air fryer and produces smoke with a burning smell.

If you were cooking fatty foods like beef at a high temperature, then a little bit of smoke is nothing to worry about. However, it’s advised not to cook anything with high-fat content in a Cuisinart air fryer.

After all, air fryers are meant to fry and cook foods with little to no oil. If you don’t have an oven to cook dishes with more oil and fat, you can add water to the air fryer basket. It reduces the odds of black smoke rising. 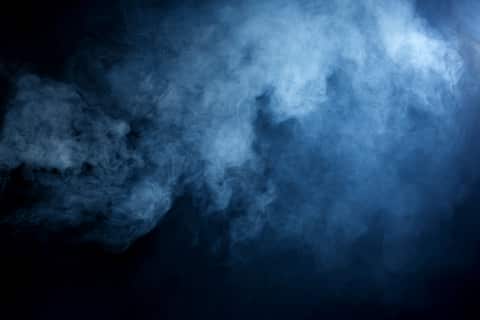 Blue smoke coming out of the Cuisinart air fryer is rare. It only happens because of the electrical connection issues– when the air fryer is too heated up, the plastic may be melted or burned, which creates this faint blue smoke.

It’s essential to immediately unplug the air fryer from the power source and have it repaired. Though it’s advised to just replace an air fryer instead of getting repairs made when it faces electrical issues. Cuisinart air fryers are readily available and cheap.

Even though the Cuisinart air fryers are amazing at making crispy, light, and delicious meals, when the food comes out smelling of something else, it ruins the meal, right?

Truth be told, there is nothing wrong with the air fryer because it’s mainly the cleaning issue. We suggest that you clean every part of the air fryer such as racks and trays.

Add dishwashing liquid or soap to warm water, making a solution. Use it for cleaning the air fryer parts. Once the air fryer is properly washed, the smell issue will be resolved (don’t forget to clean the exterior and get rid of the trapped oil).

Nobody likes to eat dry or chewy food. So, when your Cuisinart air fryer fails to cook well, it ruins the meal for everyone. To solve this issue, we suggest that you add a very thin layer of oil to the food, and it will turn out perfectly crispy.

Remember not to put too much oil, butter, or fat, as it can produce the black smoke we mentioned earlier. Also, opt for olive oil because it’s a healthier option. 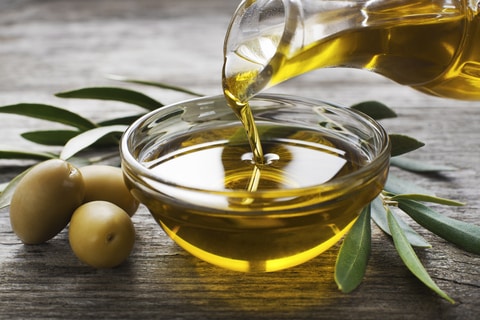 It’s always a huge let-down if you cook food in an air fryer to save time, only for it to turn out over or undercooked. Both of these issues arise due to different reasons.

Food usually overcooks in an air fryer when people try an oven recipe at the same temperature and duration. Air fryers are more intensive, so their cooking time for different foods varies. 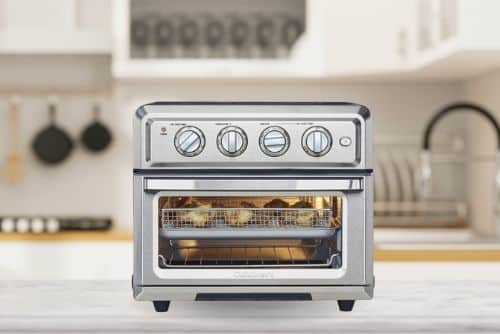 You’ll have to go through some trial and error before finding the right cooking time when you get a new air fryer. Pay regular checks on your food to avoid burning it.

As for undercooking, if your food doesn’t cook even if you leave it in the air fryer for long periods, then there’s an air circulation problem. Make sure all the air fryer vents are open to solve this problem.

Avoid cooking too many items at once, and don’t cook frozen items with room temperature ones. You should also preheat the device for around 5 minutes before cooking. If the circulation issue doesn’t resolve, get repairs made.

7. Food Is Wetter Than Usual 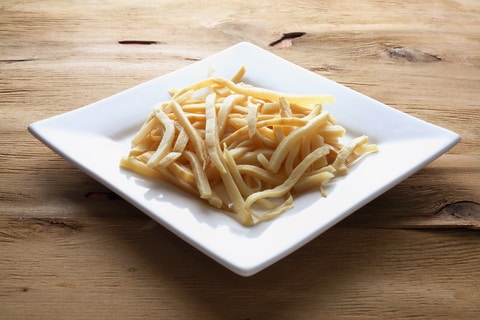 When cooking, do you end up with soggy vegetables, chicken, or fries? It can be due to both a recipe failure and a problem with the air fryer.

As the cooking is done in a hot convection environment, food with too much water in it will always end up soggy. Be sure to pour off any excess liquid before air frying.

Cooking watery or boiled veggies with meat will make the protein soggy too. If you want to fry frozen foods, try to get rid of the ice covering them, or else the oil won’t produce a crispy result. 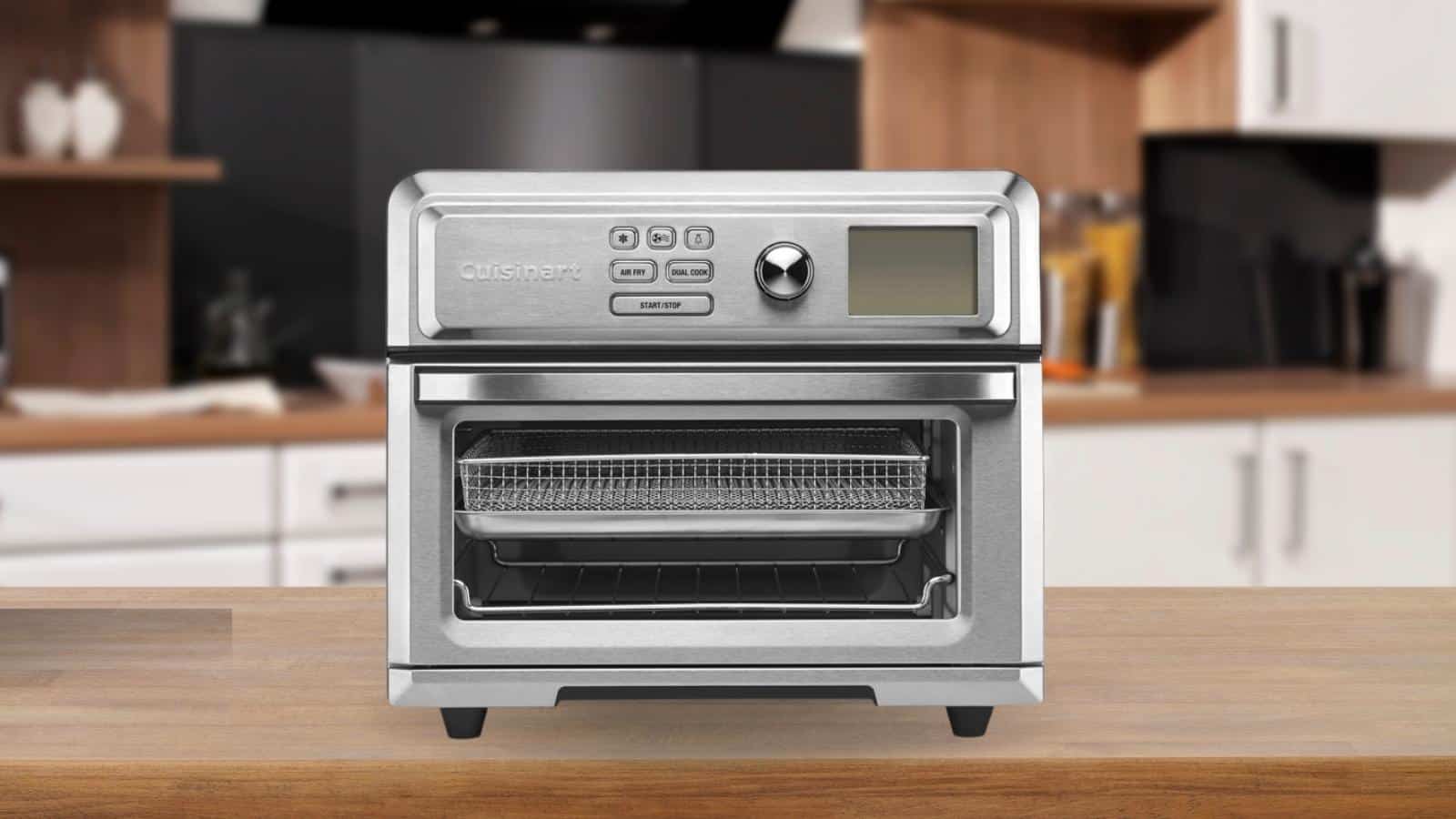