The Crock Pots have become an absolute necessity for every kitchen that’s designed with smartness and intelligent features in mind. As the name suggests, the Crock-Pot is a conventional crockpot that you can use for making different kinds of meals.

But one cannot overlook the fact that Crock Pots are electronic appliances, making them prone to issues. It can be increasingly frustrating when you plan to make a meal and realize that your cooker won’t turn on.

It’s the ultimate mood killer, especially for people who are interested in making a good dish. However, you should know that there’s no one obvious reason why your appliance may be causing issues. There are several reasons why the cooker might not be working up to the mark.

Let’s take a look at some of the most common reasons why your Crock Pot might not turn on and what you can do to prevent this from happening or fix the issue.

First of all, there are high chances that there is nothing wrong with the Crock-Pot because your power outlets might be at fault.

In this case, you should first try plugging in the cooker’s power cord in different power outlets to determine whether your current socket is working fine or not.

On the other hand, if the appliance still didn’t switch on, you will know that the problem lies in the appliance and not in your electrical supply.

The electrical sockets around the house are subjected to conventional wear and tear and need to be replaced from time to time. If there’s an issue with the sockets, it’s really not something that you can fix on your own.

Just call an electrician, and they will replace the worn-out socket and install a new one in its place. They are also going to check the connection to ensure that it’s working properly.

This is a form of rebooting that is highly likely to get the Crock-Pot switched on and working. So, let’s see how you can disassemble the appliance for electronic reboots!

If you don’t feel confident doing this on your own, avoid doing so altogether. The Crock Pot is an expensive appliance, and in case you tug too hard on any wire, it could permanently release the wire. This will need to be soldered on again, which you cannot do on your own.

With this being said, you might need to get the appliance checked by the electrician since only he/she can replace the heating element.

Again, there’s nothing that you can do about this except getting it replaced altogether. Some private electricians can fix the heating element for you. If not, your only option will be to replace the appliance altogether.

If you have inspected other problems and there is nothing wrong with your Crock-Pot, the best thing to do is check the internal pot and see if there is a crack. If there is any crack on the pot, you may want to replace the pot altogether.

If there is an issue with the pressurization, the Crock Pot won’t work.

The Crock-Pot also has fuses inside that are designed to prevent the pot from electrical surges. A bad fuse is a serious problem and needs to be replaced. When the electrical current increases, the fuse immediately breaks off, preventing damage to the entire circuitry.

A bad fuse could be one of the major culprits behind your Crock Pot’s inability to activate. A dead short somewhere in the wiring is probably the primary cause.

Check to ensure that no wires are touching the metal and start by tracing the power wires individually. See that they are properly connected before you decide to close up the Crock Pot again.

These are just some of the most common issues that might arise with your Crock Pot. If you feel that you cannot fix them on your own, it would be a wise idea to take the whole thing to a professional repairer.

They will check the appliance for you and let you know the exact source of the problem. It’s always better to let a professional fix the problem instead of doing it on your own. 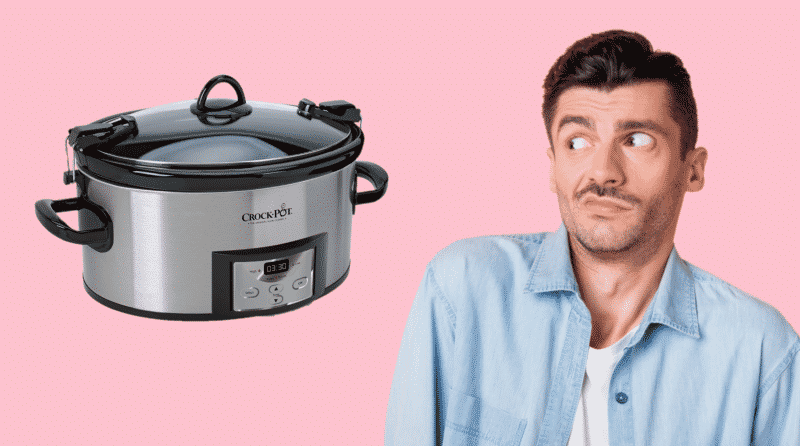