Corn undergoes different germination stages and is picked in fresh form for eating. However, with time, the corn kernels turn starchier and will dry up, which are then grounded. Similarly, the cornmeal is mixed with other ingredients to create the cornbread mix. So, if you want to understand the differences between these two, we are sharing the details!

When corn reaches the dent stage and achieves the small depression on one side, it ends us losing the moisture. As a result, the kernels become easier to grind, and they can be ground through a different method. To begin with, stone-grinding is used to create a larger and coarser texture, which is usually used for cooking polenta and can be made as hot cereal. Also, the color of the cornmeal will be according to the corn kernels, but the color usually ranges from yellow to white.

On the other hand, the corn is also finely-grained to produce a special form of cornmeal which is used to make cornbread mixes – these mixes are suitable for making muffins and bread. To illustrate, cornmeal is defined as the meal ground which is made from dried corn and has become a staple in various kitchens. It is available in three consistencies, including fine, medium, and coarse consistency, but it is not as fine as wheat flour.

On top of everything, the cornmeal in its fine consistency is known as cornflour in Mexico. In addition, the maize-based cornmeal can be soaked in alkaline solutions, such as limewater for making masa harina or masa flour. The masa flour is then used to make tortillas, arepas, and tamales. On the other hand, many people boil the cornmeal to make polenta, which is more common in Italy. In fact, it’s a traditional dish in Romania and is also used as a substitute for bread.

There is a wide variety of cornmeal available in the market, including yellow cornmeal, blue cornmeal, white cornmeal, and stone-ground cornmeal, and all of them have unique characteristics and applications. For the most part, cornmeal is made from yellow corn, and it is pretty easy to find in supermarkets and boasts a higher starch content. In addition to this, it has a corny texture which makes a great crust for mozzarella sticks, chicken, and fish.

Cornbread mix is the ultimate choice for people who want to make muffins and bread while saving time. The cornbread mix tends to have finely-ground cornmeal mixed with wheat flour, leaveners, sugar, baking soda, fat or lard, and salt. Having said that, to make bread or muffin, you only need to add milk and eggs to the cornbread mix. In addition, the battery can be baked in different trays, such as loaf pan, muffin tins, or square pan.

In the majority of cases, cast-iron molds are used for giving the batter a unique shape to the batter. In addition, there are two different ways of preparing the cornbread mix. First of all, it is the self-rising method with which the cornmeal is mixed with salt and baking powder along with a small quantity of flour. Secondly, you can make your own cornbread mix by mixing baking powder, flour, plain cornmeal, and salt to make bread or muffins but make sure you follow a specific recipe.

The self-rising cornbread mix is a suitable choice for making corn cakes, cornbread, and hoecakes. Cornbread mix is often confused with the muffin mix – while they can be used interchangeably, they are not the same. This is because the latter has higher sugar content. The best thing about using cornbread mix is that it can be stored in an airtight container and put in a dark and cool cabinet to ensure it doesn’t lose the crispy texture.

Cornbread mix is also a healthier option for coating the food and baking bread because it usually has yellow cornmeal and malted wheat flour. In addition, it has sea salt, which brings in a unique flavor. All in all, it is quite easy to source cornbread mix because it can be purchased from the grocery stores, and you won’t have to worry about the shortage. So, are you clear about the differences? 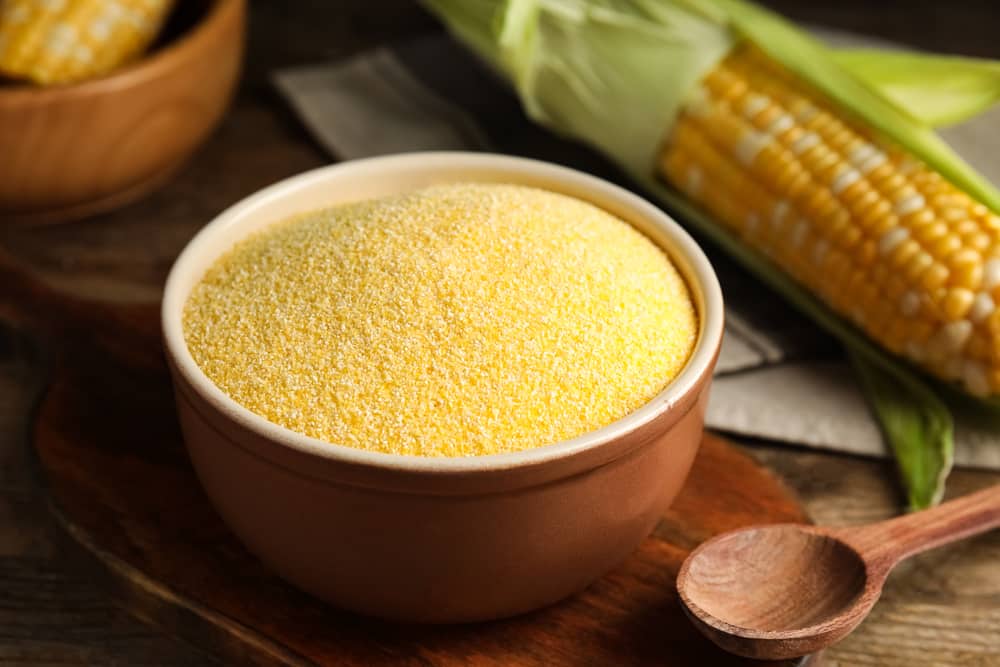