Asian greens are one of the most nutritious vegetables and can be prepared in different ways. They can be cooked in soups and dumplings, stir-fried, steamed, braised, and stewed. In addition, they can be chopped and added to salad.

Bok choy and choy sum are the two most popular Asian greens and are readily available in Asian grocery stores. However, if you don’t know the differences between the two, we are sharing a comparison guide with you!

Bok choy is also known as Chinese white cabbage or pok choy. It is sold in mature as well as baby versions and is easily available in grocery stores. The mature boy choy has dark-green leaves and white stems. On the other hand, the baby bok choy has light green and small leaves.

It’s known for its mild flavor and can be used in stews, soups, stir-fries, and braises. It has a flavor of water chestnuts and spinach, but it’s sweeter and has a peppery undertone. The white area has a mild flavor, while the leaves have a stronger flavor.

It’s commonly used in Southeast Asia, East Asia, and Southern China. In addition, bok choy is winter-hardy, which is why it’s grown in Northern Europe.

The whole bok choy bundle can be steamed in eight minutes, while leaves only need two to three minutes, especially if you steam, simmer, or stir-fry them. The leaves are cooked quickly as compared to the stem. 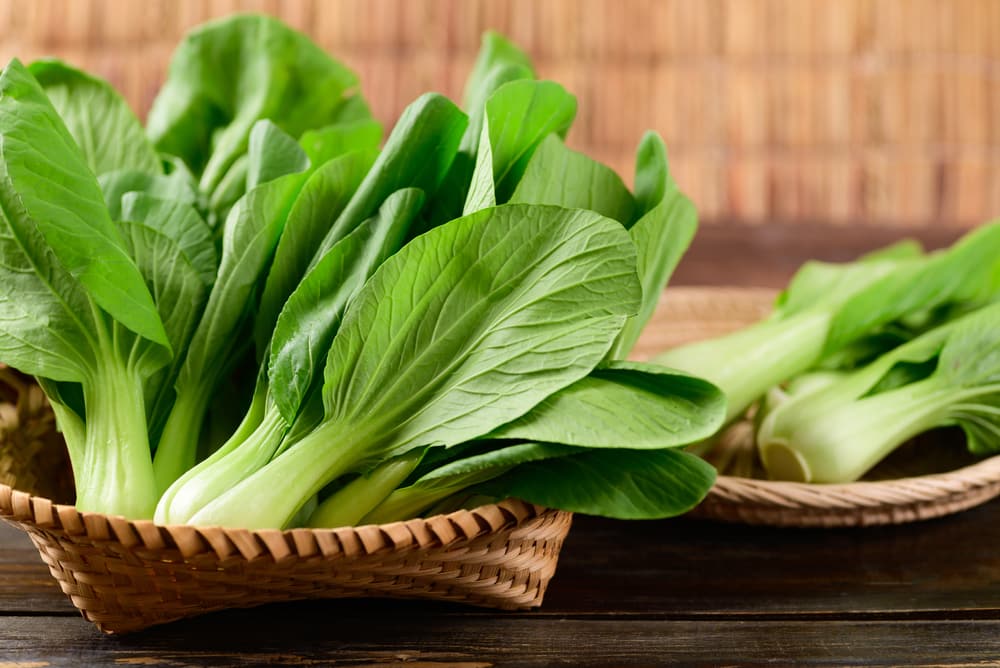 Also, the raw bok choy is 95% water and is a great source of vitamin A, vitamin C, vitamin K, calcium, and folate.

Bok choy is a leafy green vegetable and is available in different varieties. Irrespective of the variety, the leafy stalks are attached to the vegetable’s base. The stems are thick and crispy and can be pale green or white in color.

Also, the leaves are flat or ruffled, but the color ranges from light green to dark green. The bok choy is available in different sizes – the baby bok choy can fit in the palm, while mature ones are as big as a celery bunch. Usually, the bok choy is stir-fried, but it can be roasted and blanched as well.

The non-Chinese stores have bigger bundles with large dark green leaves and white stalks. These leaves and stalks can be chopped and added to the salad. However, if you have to prepare Chinese recipes, it’s recommended to use baby bok choy as it has a tender texture.

Bok choy has a cabbage-like flavor – it has a grassy, mild, and fresh flavor. In addition, there is a peppery undertone. The leaves are crisp and soft, while the stalks are crunchy, like celery. 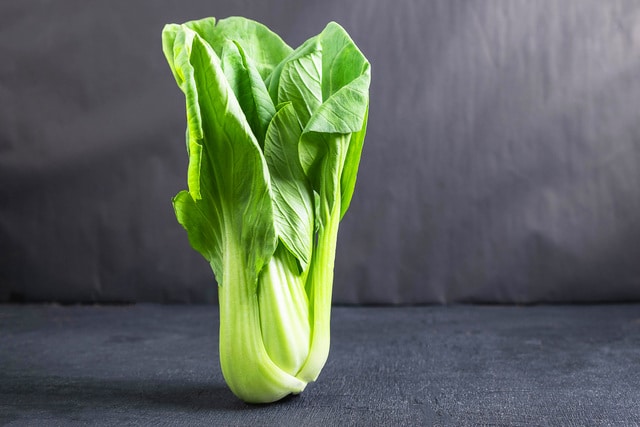 Many people recommend soaking it in the water for ten to fifteen minutes but make sure you lift the bok choy out rather than draining the water (it helps keep the dirt at bay).

You should dry the bok choy properly before cooking because it releases its own water. Last but not least, you mustn’t cook it for more than five minutes because overcooking can lead to a bitter flavor.

When purchasing the bok choy, you should purchase the bundles with bright green and tender leaves. In addition, it should have firm stems, and the leaves shouldn’t be wilted or yellowed. 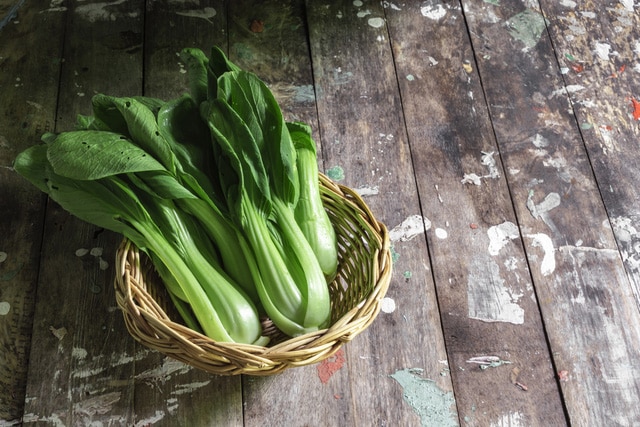 The bok choy can be stored in the refrigerator but use the top of the crisper drawer to make sure the delicate leaves aren’t damaged. It can be refrigerated for over one week.

However, if the leaves are a bit wilted, you can soak them in cold water to plump up the texture. Last but not least, you should remove the discolored and tough leaves before storage.

Choy sum is known for dark-green leaves, while stems are thin and pale in color. In some cases, the stems also have yellow flowers, which are edible and can be stir-fried or steamed. It is a leafy green vegetable and doesn’t form the head.

Instead, choy sum forms bunches of thick and long stalks. The vegetable is available all year long, but the best produce is available in cool seasons. Many people confuse it with Chinese broccoli, but it’s different, be it in appearance or flavor. 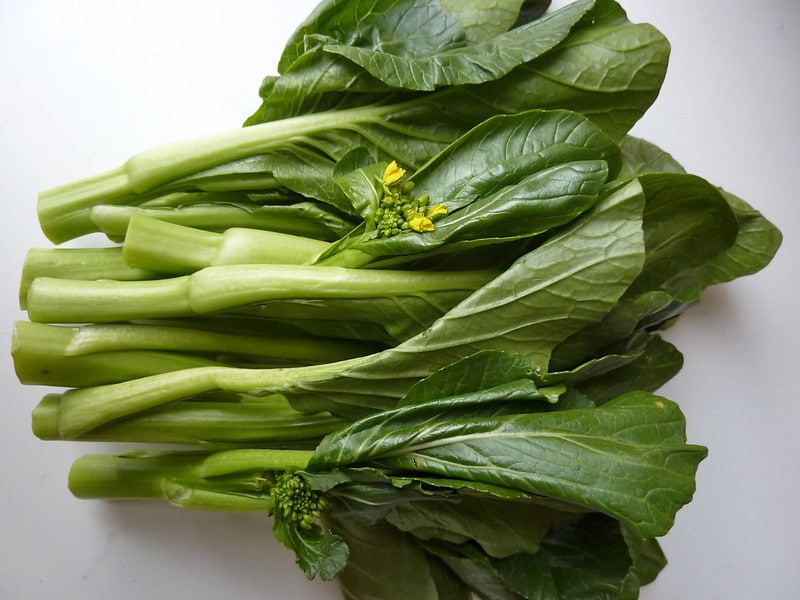 It is readily available in pan-Asian and Chinese grocery stores. This vegetable is commonly consumed in cooked form, but you can also eat it raw. It is actually a non-headed plant and is around 15cm to 20cm in length. The stems are crisp, firm, and pale green.

The young vegetable’s stems and leaves are sliced and can be added to green salads. Besides, you can toss some leaves in sauces and dressing. It pairs well with garlic, citrus, ginger, anchovies, ginger, and bacon.

The choy sum has a mild mustard-green flavor and a combination of sweet, bitter, and green flavors. Some stems also have yellow flowers, which are edible (the flowers have a strong mustard flavor).

However, the choy sum with a lot of flowers should be avoided because they might be bitter. In addition, you should avoid using choy sum that has tall flower stalks.

It’s recommended that you purchase choy sum with vibrant and bright green leaves but make sure there are no damaged or yellowed parts. In addition, the choy sum with small stalks has a tender texture and mild flavor. 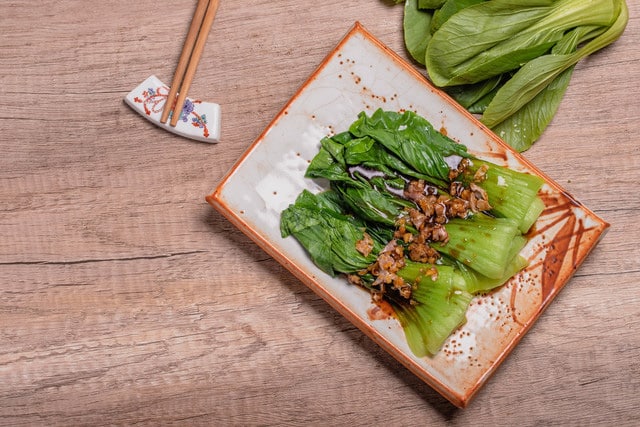 It has a broccoli-like texture and is packed with calcium, protein, vitamin C, iron, and vitamin A. The leaves are serrated, broad, and flat.

Preparing the choy sum is extremely convenient because you only have to wash the greens and cut out the damaged parts. In addition, if the stalks have dry ends, they should be cut out as well.

The experts recommend cooking the stalks and leaves separately. It can be sautéed or stir-fried to be served with tofu Bulgogi, orange tofu, or chickpeas.

The fresh choy sum can be refrigerated for three to five days but make sure you don’t wash it before refrigeration. In addition, you should use a breathable plastic bag and put it in the crisper drawer.

The choy sum can also be frozen for over eight months – you have to blanch the leaves and stems for two minutes, rinse them with cold water, and freeze them.

It is recommended that you purchase young choy sum because it has a milder flavor, while mature vegetable has a more pungent and stronger flavor. 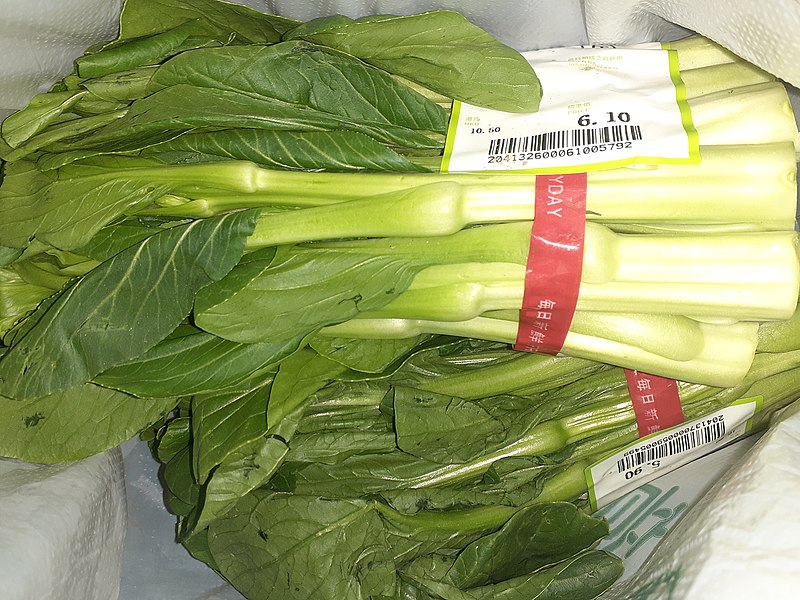 Both bok choy and choy sum are delicious leafy green vegetables. These Asian vegetables are perfect for people who want to add some greens to their soups, stews, and other cooking recipes.

However, the fresh and sweeter flavor of bok choy makes it the clear winner. Choy sum, on the other hand, has a slightly bitter undertone. 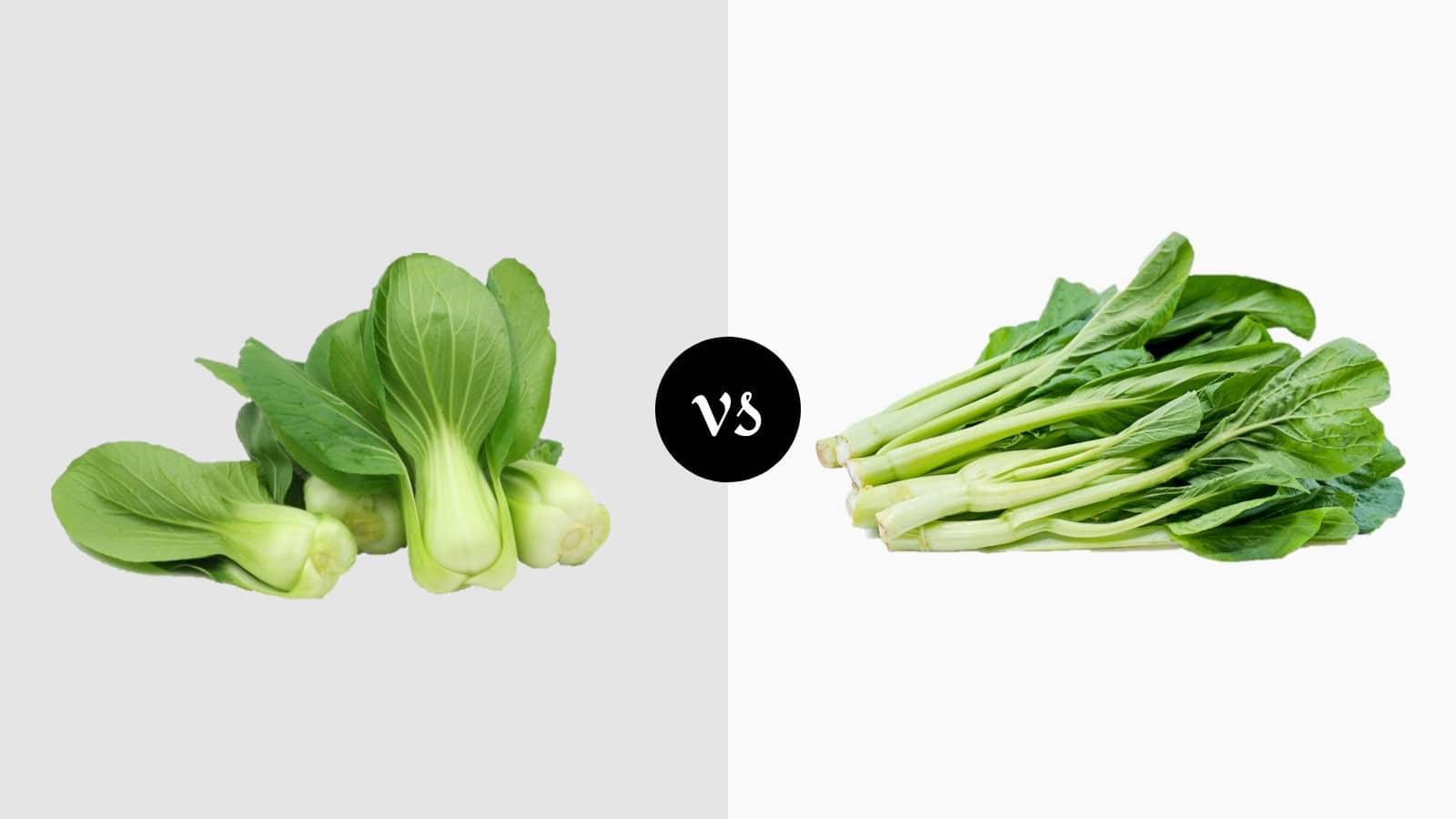